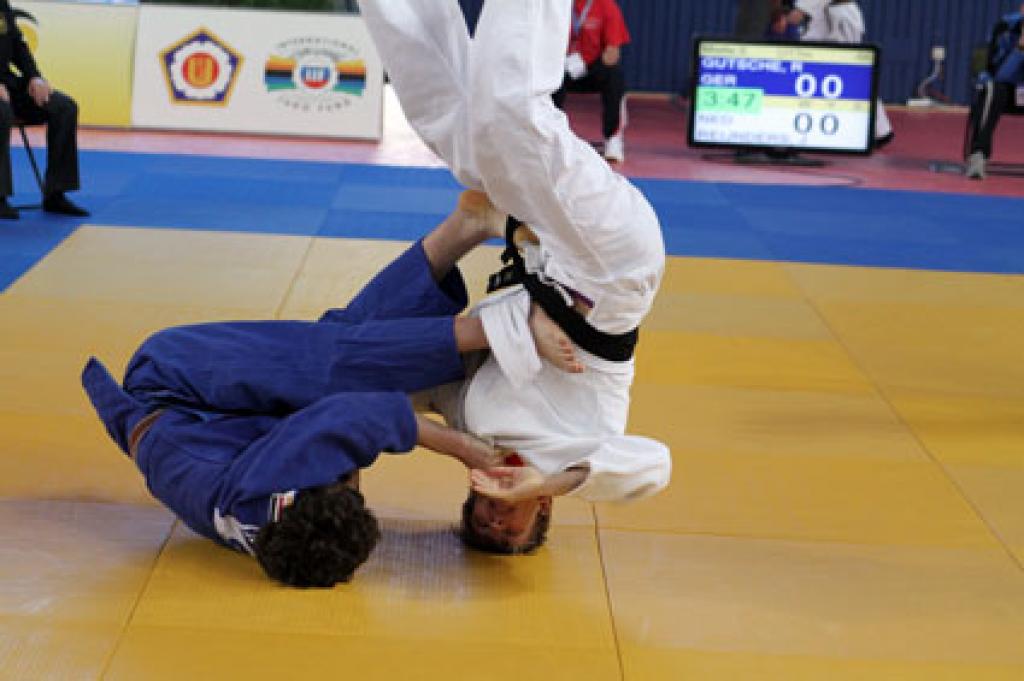 Japan has won three gold medals at the first day of the European Cup for Cadets in Berlin. The traditionally strong event contains 575 fighters from 21 nations. The Japanese young women’s team won the categories U44, U48 and U52kg. The first gold was for Philine Falk from Germany.
In the men’s category Russia won two titles. Eldar Gazimagomedov (RUS) won his second consecutive win in Berlin. On Saturday he won the U60kg category, last year U55kg.
Elios Manzi won his second European Cup this year, last week he also won the U50 division in Ploiesti.
Germany’s Bastian Bauer finished third at the German U17 Championship but today in Berlin he was the strongest U46kg.