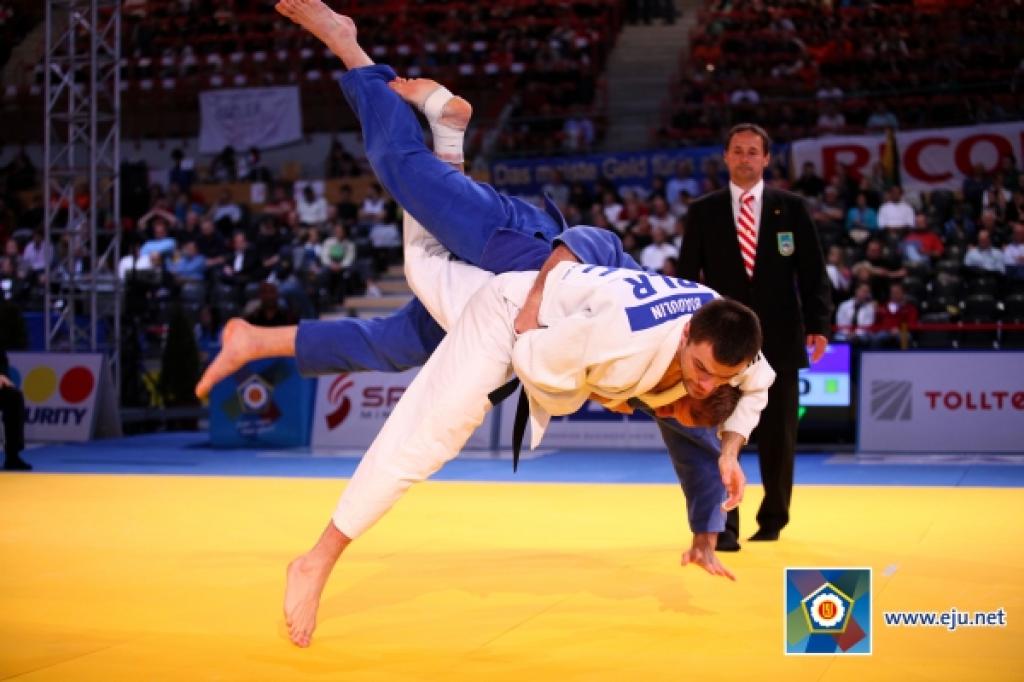 At the third and last day of the Grand Prix of Tunis, Japan took the final lead in the medal tally after it collected two golden medals in the men’s division today.

In the category U90kg Takashi Ono (JPN) showed his skills against Elkhan Mammadov (AZE) in the final. Ono lost at an early stage at the World Championships last year but this since than he won the Grand Slam of Tokyo, the IJF Masters of Suwon and the Tournoi de Paris.
The bronze in this category was for Varlam Liparteliani (GEO), his first medal at an IJF event. Murat Gasiev (RUS) lost the semi final to Elkhan Mammadov (AZE) and took the second bronze medal and his first medal this year.

In the U100kg division not the strong Japanese contestants Takashi Anai and Kaihan Takagi won the medals, both men finished fifth, but Yauhen Biadulin (BLR) pictured collected his first IJF medal this year after losing twice for bronze at the Masters in Suwon and the Grand Slam in Paris. Today he defeated Frederic Steigelmann (FRA) who beat bronze world medalist Anai in the quarter final.

Vyacheslav Denysov (UKR) won the bronze as well as Levan Zhorzholiani (GEO) Zhorzholiani finished as bronze medalist again for the fifth time in a row when reaching the medal fights.

France won gold by means of Aydrey Tcheumeo U78kg. The 20-year old European U23 champion was able to beat German Champion Heide Wollert in the final. Wollert won the gold at the previous Grand prix in Düsseldorf had beaten Stephanie Possamai (FRA) in the semi final for the first time in a big event. Wollert was Possamai’s successor for the European title in 2008. The French won the bronze with Daria Pogorzelec (POL) on stage as well who finally won a medal after she became 5th at the World Junior Championship, the Grand Slam of Tokyo and the recent European Championships.