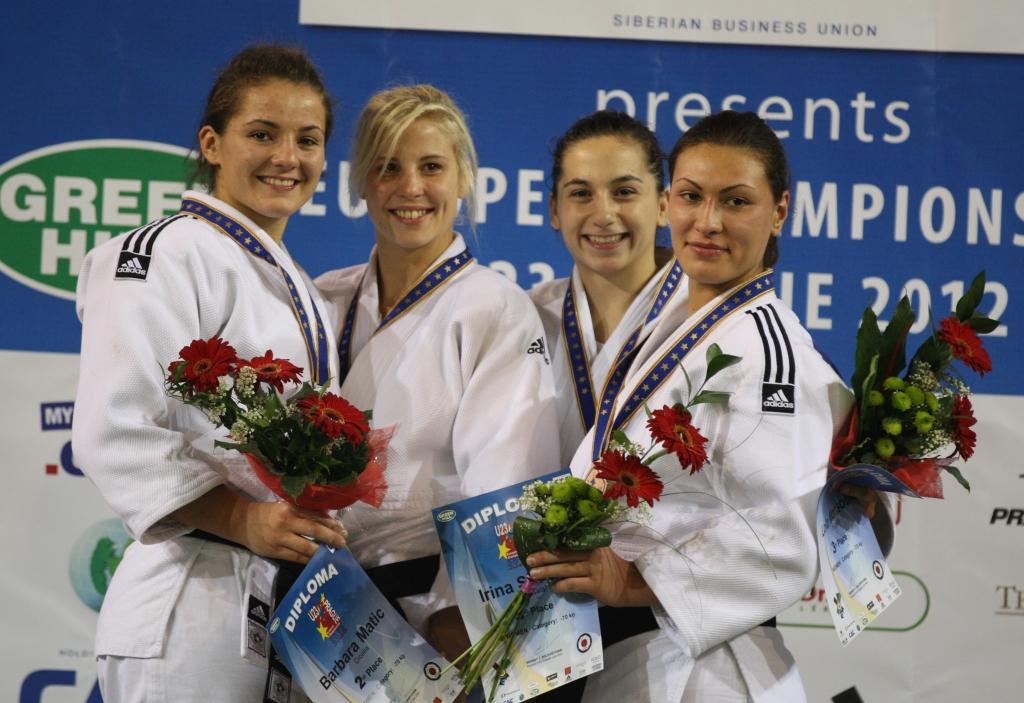 Hungary has won the European U23 title. Franciska Jerman-Szabo defeated Barbara Matic of Croatia in the final. Jerman-Szabo is experienced in this category. She won the Hungarian U23 title three times but didn’t show up much this year at international level.
Matic though was warned one time earlier as she lost against Szabo last year in Sarajevo but defeated her in Belgrade.

Jerman-Szabo was the dark horse today but impressed with great judo. Today she defeated Kriukova (UKR), Pochkina (RUS) and Pogacnik (SLO) in her road to the final. Her husband is Slovenia so the match against Pogacnik was extra interesting.

Her opponent in the final Barbara Matic was a more likely favourite in advance. Despite her age of 17 she is one of Croatia’s biggest talents ever. However the age also brings she wants to score and Jerman-Szabo benefit from that risk with an excellent throw in the match. Matic could have become the second youngest ever female judoka to win the European U23 title. But it was Hungary that claimed another U23 title.

The Hungarians have a reputation when it comes to U23 title. This is the 18th which makes Hungary the second best nation behind Russia. Abigel Joo was the last to win the gold in the his U70kg category. She won the title three times and can become the only to win four times.
For Jerman-Szabo the title must be a great motivation for move forward at the senior level. She comes from a small town in Hungary and trains in a very small dojo. In the summer they train outside with modest circumstances. This proves that you don’t need the ideal circumstances to perform well, but it also says something about the potential of Franziska Szabo.

In the bronze medal fight Belgian Lola Mansour won the bronze. The European Junior Champion was expected at the stage. But in Prague she couldn’t repeat her victory in Porec in September when she defeated Barbara Matic in the final. Both top judoka met in the quarter final as Mansour isn’t seeded in this age category. It was Matic who defeated Mansour and sent her to the repechage final. Mansour toppled Anne Lisewski (GER) with a great ippon and was able to beat Anka Pogacnik (SLO) in the bronze match.