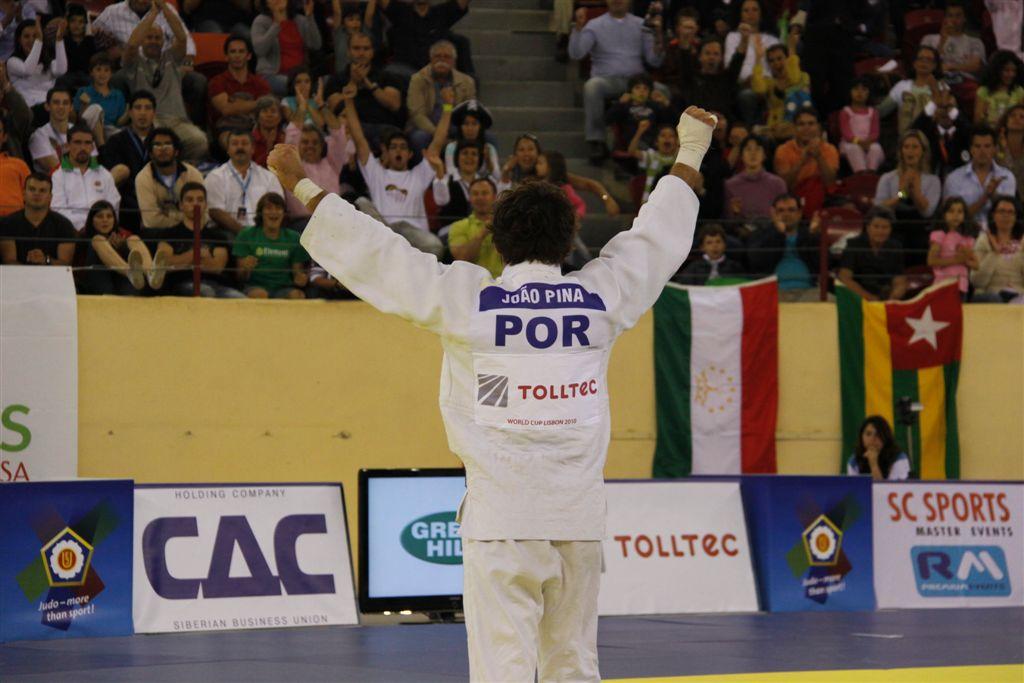 Joao Pina has won the the World Cup in Lisbon. In the Portuguese capital it was Pina who took the lead in the final against Christopher Völk (GER) in the Campo Pequeno Lisboa. At the last men’s World Cup in Lisbon, in 2006, Pina also took the World Cup, but since than a lot has changed. This year Pina won the European title at the age of 28.
The final though was not an easy ride for Pina. Völk was a nasty opponent and took over the initiative quite fast after his backdraft and Voelk was almost able to score in the last minute.
The crowd supported Pina who was desperate to keep the lead in an exciting match. Twelve seconds for the end Pina was penalised but not enough to get even. Pina took the title and celebrated this home win with the public who could enjoy the national anthem sang by more than 4,000 spectators.

It was the second ever final for Völk in a World Cup, in 2009 he lost the final in Warsaw. Germany’s number three may have deserved more and win a second gold medal for Germany.
It was Tobias Englmaier who surprisingly won the men’s category U60kg with a good match against Lamusi from China. Englmaier won his first ever World Cup, but in 2008 he won already bronze at the Kano Cup in Japan. The 22-year old Englmaier defeated two Chinese today and Dmitrij Kozlovs (LAT), brother of last week’s winner in Madrid.
Sergiy Drebot from the Ukraine won the category U66kg after beating home favourite Pedro Jacinto (POR). Denis Kozlovs (LAT) couldn’t win a second time in a row but lost to Cesar in the semi final. For bronze Kozlovs was able to defeat another Portuguese, Sergiu Oleinic.

The opening ceremony was a highly appreciated original choreography performed by two judokas and 2 women dancers.
The presentation of the Nuno Delgado Project to organise the biggest judo class in 2011.

The best Portuguese judoka of all time, Nuno Delgado, who was bronze medalist at the Sydney Olympic Games, promoted the event “higher class Judo” to be held in Lisbon next year, with the choreography “Achieve, Collect & Give Back.”

A group of professional dancers, students of the School of Judo Nuno Delgado and athletes and public figures invited by Nuno Delgado, participated in the choreography.

At the same time, the spectators formed a mega human rainbow, sending a wave of positive energy to South Africa in a tribute to Nelson Mandela.

Find pictures of the fight online in our Media Gallery:
https://www.eju.net/media