JOO REMAINS A WORK IN PROGRESS 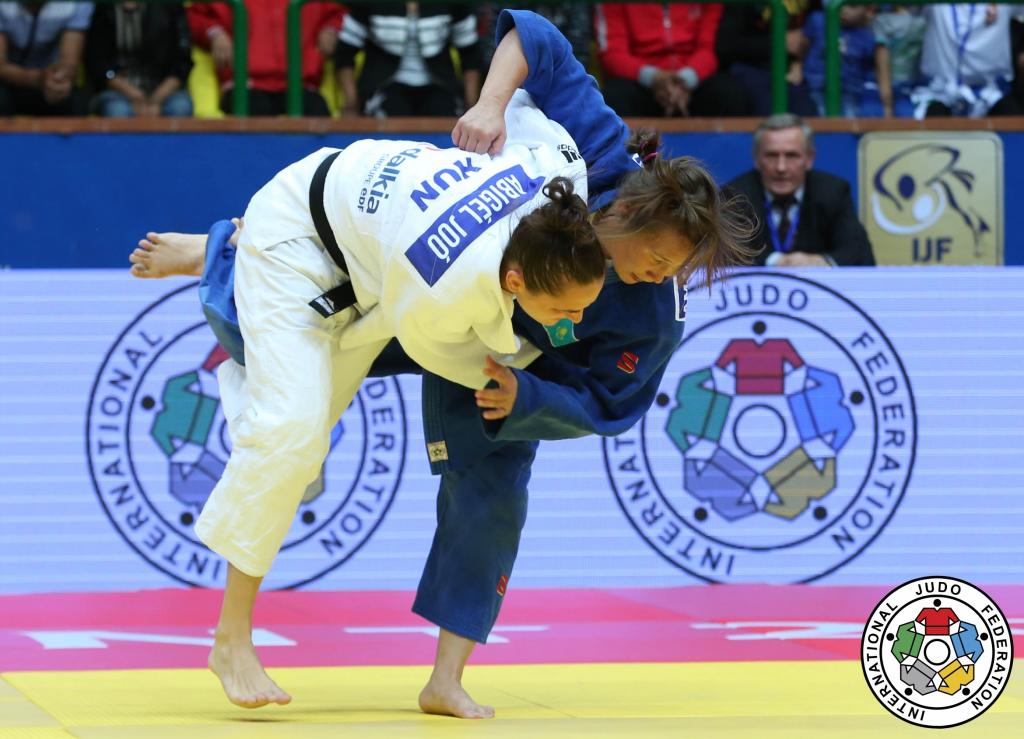 After a 7th place finish at the Rio Olympics (that followed a 5th place finish four years earlier in London), JOO Abigel (HUN) shows every sign of remaining focused on her goal of winning an Olympic medal. Her performance here on the third and final day of the Tashkent Grand Prix was short yet reveling inasmuch as she presented both sides of her judo. Joo was at her devastating best when after only 15 seconds of her semifinal she threw Zarina RAIFOVA (KAZ) for ippon with a trademark uchi mata. Despite her experience, Raifova may be forgiven for being toppled by Joo who has dispatched some of the best in the world. In the final Joo faced another Kazakh competitor this time Albina AMANGELDIYEVA (KAZ) who gave every impression of being well prepared for the Hungarian. Amangeldiyeva was quick to react to Joo’s attack and threatened to counter with ura nage, eventually bringing down Joo for yuko. However, Joo (as is her style) persisted and caught the Kazakh for waza ari after which the Hungarian went into defensive mode to take the contest and the gold medal.

There is no secret to Joo’s judo; she likes to throw and throw big. But most everything that threatens her opponents (and she threatens the best of them) comes from one side and is aimed in one direction. Nevertheless, Joo remains one of the most difficult and dangerous fighters on the international circuit at the very highest level. With the world championships being staged in Budapest next year, Joo is already showing signs of wanting to be ready and able to welcome the opposition to her homeland. It is a prospect that very few will look forward to and one that several of her closet rivals have openly admitted to. What’s next for Joo? Well, the smart thing would be to continue her run of form and clean up in Abu Dhabi where success could see her climb into the top five on the IJF World Ranking List.