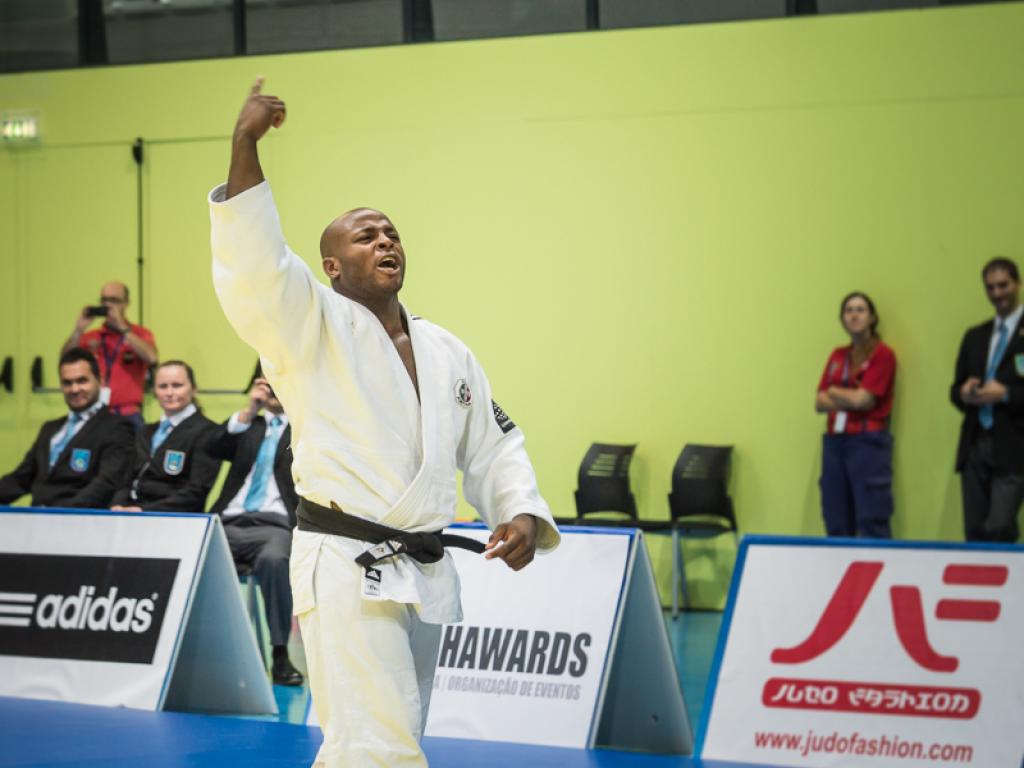 The spotlight today was on Jorge Fonseca, a local player who won Gold in the under 100kg category. The final agaist the Italian Dominico Di Guida took only 13 seconds and brought a lot of joy to the crowd gathered in the Odivelas Sports Hall. „I was really tired in the final, so I wanted to win quickly, and fortunately I managed it“, the happy gold medalist said after. It´s the fifth medal at an international competition that Fonseca has won this year, including the recent bronze medal at the Grand Prix in Zagreb. With this latest result, the Portuguese player confirms himself as one of the biggest stars of the present national team.

The current U23 European Champion collected three ippon wins and one waza-ari win on route to the gold medal. “It was very important to me to compete at home, in front of people I love. My goal today was to win and being able to compete in Portugal was a big motivation for me. To lose the final would have been very disappointing because I wanted to bring joy to my friends and loved ones, so I´m very happy with this result”, said Fonseca. “I feel I´m in good shape right now. My goal is qualification for the Olympic Games”, he added. Without any doubt Fonseca is one of the Portuguese hopes for Rio de Janeiro 2016. What is also worth mentioning is a fine performance from Julian Kermarrec of France who won bronze in the under 81 kg category against Tom Reed from Great Britain with an effective sasae for ippon. The category was won by Japanese Joichi Hirao.

The under 90 kg bronze medal match betwwen Célio Dias from Portugal and Ludovic Gobert from France kept the spectators on the edge of their seats. The dramatic fight was won by the Portuguese athlete with a yuko over three shidos. The gold in that category was claimed by David Ruiz Zajac of Spain who defeated Frazer Chamberlain of Great Britain with an impressive choke that pleased the crowd.
The heavy weight category was taken by the Japanese Gaku Fuji who secured with his performance the fourth Gold medal for Japan at the event.

Watch all the photos from Lisbon in our photo gallery: http://www.eju.net/media/?mode=showEvent&id=1853