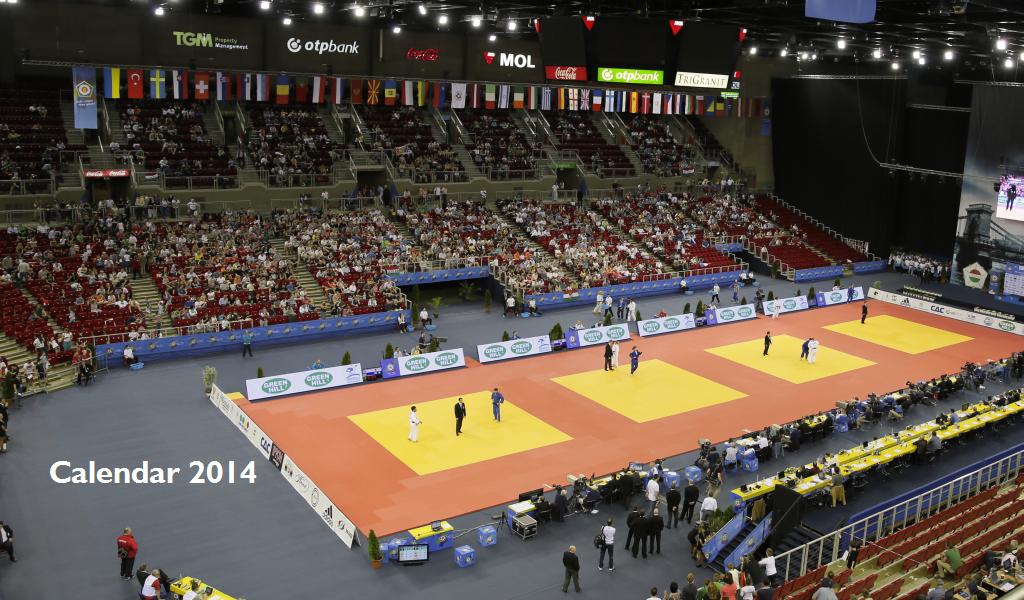 The new international judo calendar for 2014 has been unveiled and can be downloaded in our download section and in the right of the article.

The calendar has approximately the same structure as last year but some changes can be noticed such as the new added Grand Prix of Budapest. This means that the European Open of Budapest is now a Grand Prix, organised by the IJF and held from 21-22 June. Replacement within the EJU calendar is the European Open of Rome for women, the men travel to Oberwart in the same weekend in February. Madrid this year organises the European Open for men and women in June, the European Open of Tallinn is transferred to September, also hosting both men and women. Interesting will be the opening of the season in January with a joint organized event by EJU and IJF: the Intercontinental Challenge; the first Judo Team Challenge between Europe vs. Asia in the city of Tyumen (RUS). The main event on the EJU calendar is the European Championships for seniors in Montpellier from 24-27 April. European Championships in 2014: Seniors: Montpellier (FRA) 24-27 April Veterans: Donetsk (UKR) 5-8 June Cadets: Athens (GRE) 20-22 June Juniors Bucharest (ROU) 19-21 September U23: Wroclaw (POL) 14-16 November Teams: TBA 20 December Download the calendar in the right upper corner. Find all downloads here: http://www.eju.net/statutes