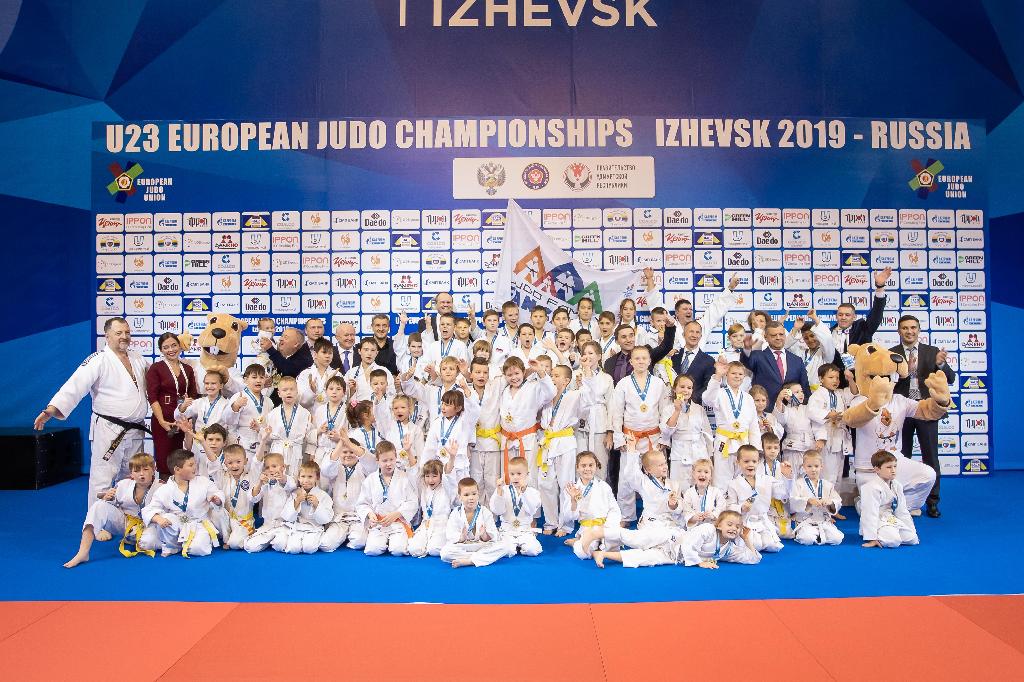 Running alongside of the U23 European Championships here in Izhevsk, Russia, is the Judo Family Fan Camp!

Before the competition even started on day one, the parents and children were already engaging in a training session with hosts Olga Tokareva and Yuri Krischuk. Many of you will already know the latter as he is the pillar of the Judo Family Fan Camp that has been the centre point of the Judo Festival. When asking why it is important to hold these camps during the time of a major Championships, Krischuk explained,

There is such a great judo spirit during major events and this is transferred to everyone; through the lights, through the tatami and the energy of people so that’s why it’s important to keep it together. For the parents, they feel proud that their children get to touch the judogi of a Champion, this is even more important for the parents than the children and this is the reality. 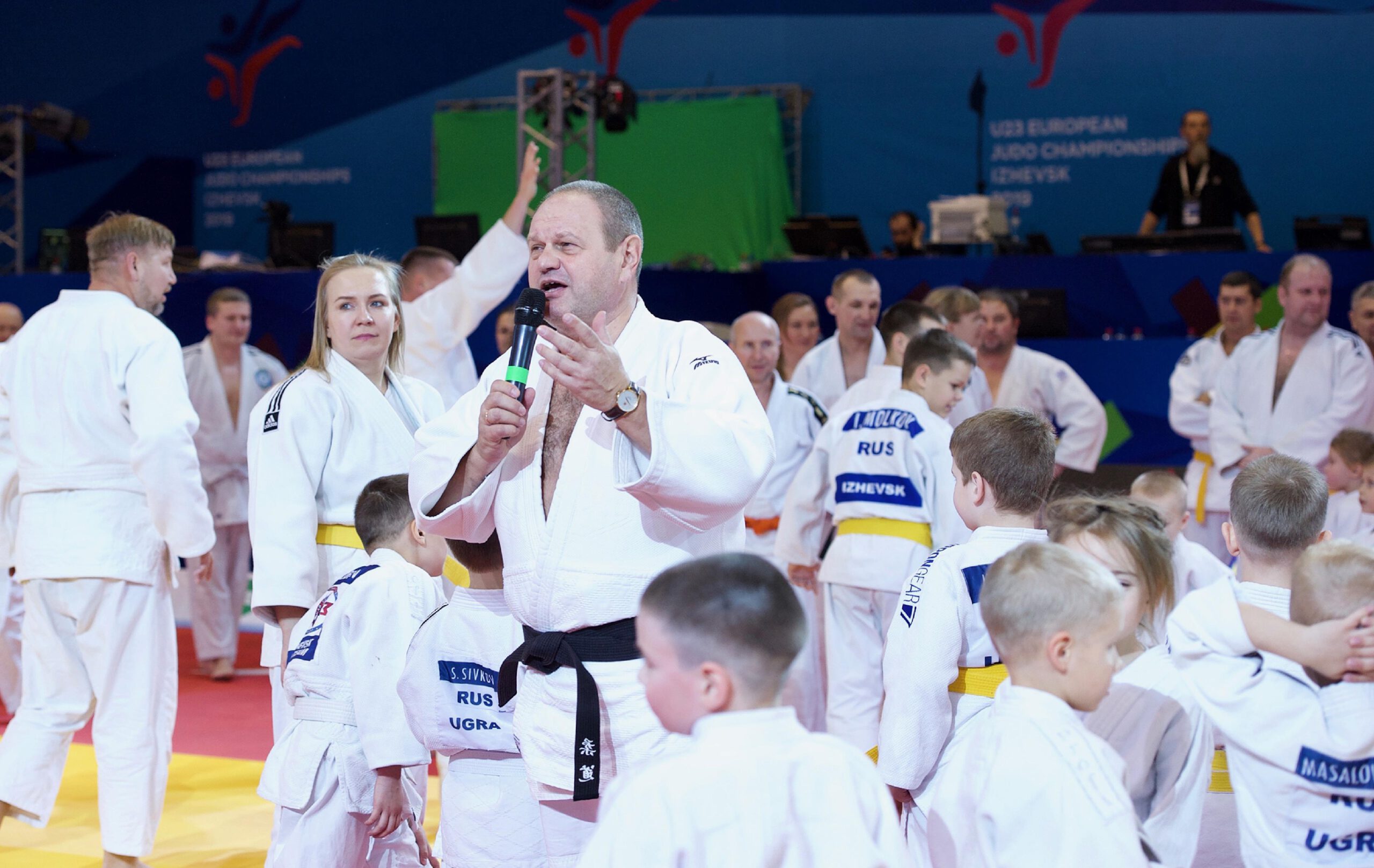 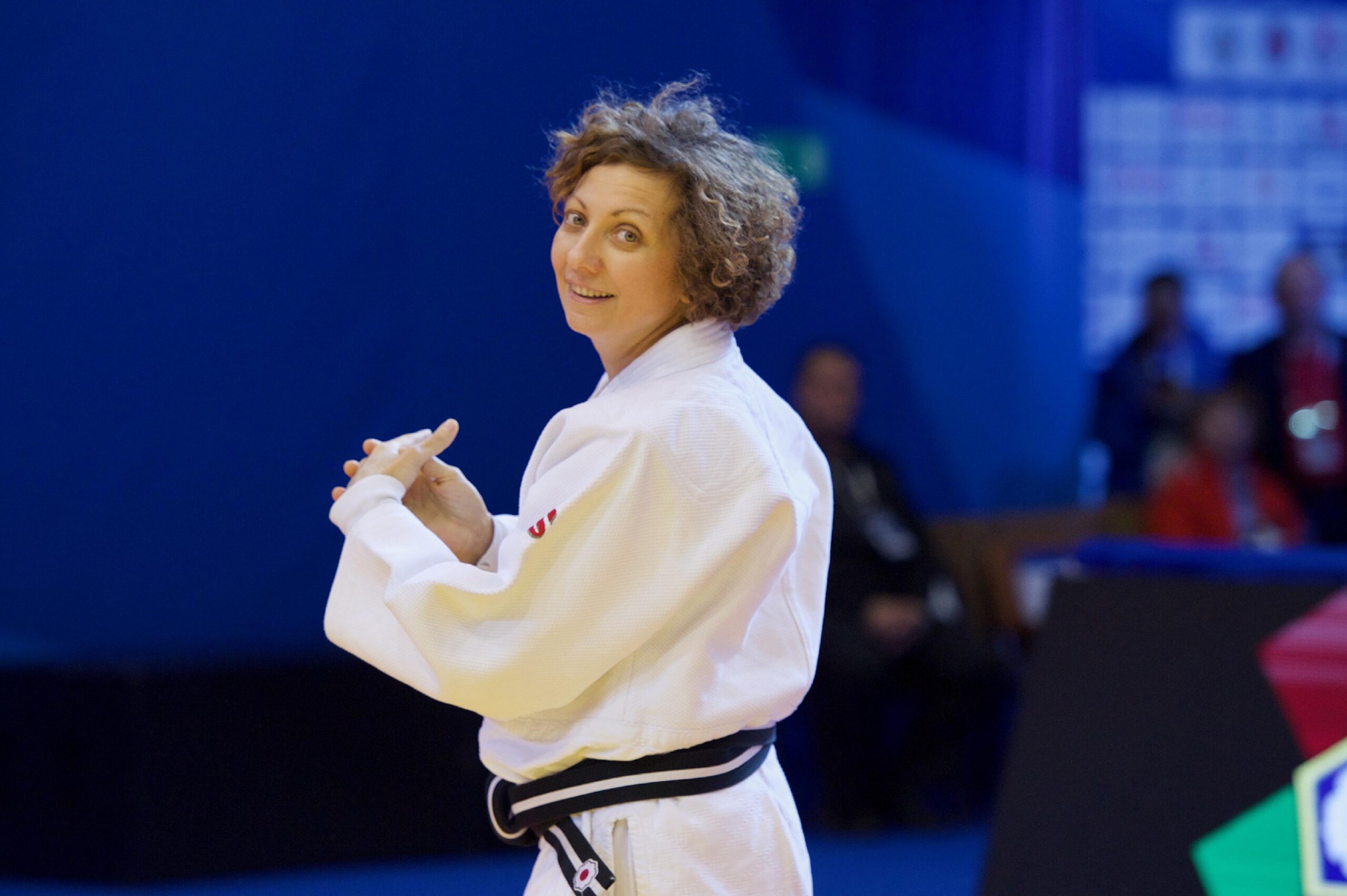 In a specially prepared venue, the families came together on the first day for ukemi lessons followed by an education session (mondo). Due to the amount of attendees, 104 local participants as well as another 26 from other regions of Russia, a total of 64 families from the Judo Family Fan Camp, the sessions were split and the activities repeated in the afternoon.

To conclude the afternoon and ensure the families were ready to watch the final block of competition and cheer on the competitors, a masterclass was held by popular Russian Olympic silver medallist, Alexander Mikhailin.

Mikhailin is a triple World Champion with a total of seven World medals, as well as six-time European Champion, his final title taken in 2012 in Chelyabinsk. To be here passing down his knowledge is not only a huge privilege for the families but for Mikhailin himself. Before the physical part of the class, he took many questions from both the parents and children, answering and and explaining his involvement in judo and what he believes is the best motivation for young judoka.

Competing for the first time at nine years-old, a young Alexander lost his first contest but came back again and again to take his first gold medal at 11. Not only did he involve himself in judo but also sambo, until he felt like judo was the true sport for him – and he liked the judogi better! As he humorously told tales of himself as a young athlete, a senior competitor and now as a coach with his own club, he truly believes that one of the greatest motivations for the young generation is their parents, and being able to see them on the tatami, that this family camp is a very special occasion and a great benefit to those involved.

The families were able to witness an electric final block, with Russia taking three of the five gold medals available. This was an enjoyable and memorable experience, as well as to motivate them for their very own competition on the second day which was held on the main tatami.

The families took a lap around the tatami following day 2 preliminaries and proceeded to take part in various activities with Tokareva leading the class. The crowd fully supported the youngsters as they put on a tremendous performance which was then followed by a presentation, awarding the children with participation certificates. As the final block drew near, the families made their way in to the stands to witness the medal contests of day two.

The final day allowed the families to take part in a session on the main tatami with yet another renowned judoka and special guest, Sergey Samoylovich. The World Ranking leader for 2011 and 2012 in the -100kg category holds numerous IJF tour medals including titles in the IJF Masters and Tokyo Grand Slam. The session comprised of a warm up followed by activities led by Samoylovich and Krishkuk which was a true gift to the families and they enjoyed every moment. It was great to see the successful athlete able to deliver his knowledge to the future generations from across the country.

The next Judo Fan Camp will be in Prague during the European Judo Championships (01 – 03 May). On three days will be daily activities.

Day One will host a Master Class with a Champion for children between the ages of 6 and 11 years old.

Day Two will host a Master Class for children between the ages of 14 and 16 years old.

Day Three – The “Judo Family” competition for Under 8 year olds and their parents.

For the Camp we offer day tickets and a Full-Day Pass. The Three-Day Ticket PLUS admittance to European Judo Championships with Judo Family Fan Camp Seating. If you wish to purchase specific seating within the venue, please book your tickets at the ticket office.

Each day there will a participation limit of 200 people so availability may be limited. Purchase your tickets for the Judo Fan Camp soon to avoid disappointment.