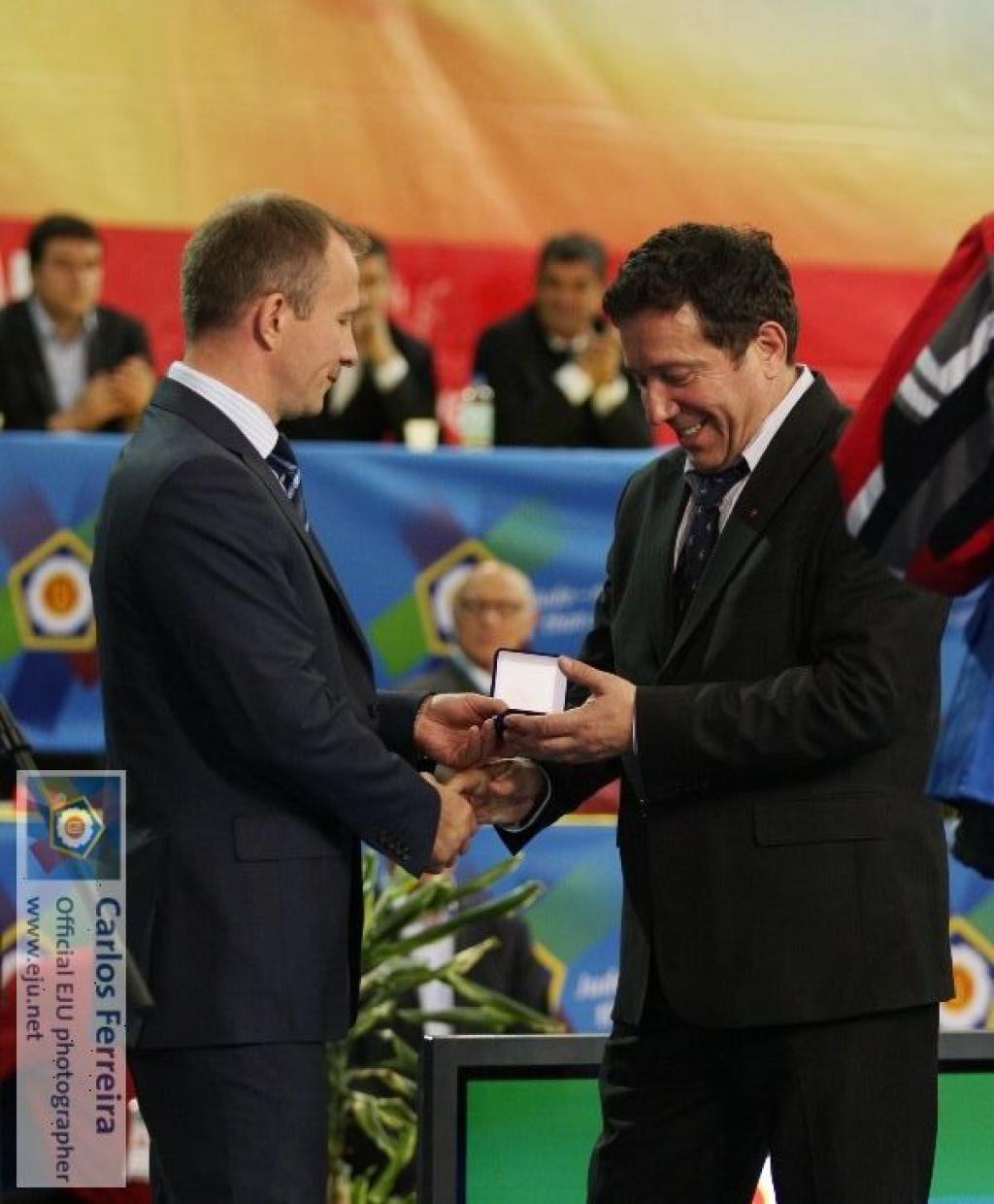 At the European U23 Championships, the current 1st vice president of the Bosnian Herzegovina Federation of the Federation is a proud man. Dr. Branislav Crnogorac is responsible for the championships and together with Arijana Jaha, the general Secretary of the Federation he runs the show in Sarajevo.

Crnogorac is a former judoka and Student Champion of Yugoslavia in the past and fought U63 kilogram in the seventies and fought several international competitions. He is a Doctor in Physical Education.

Besides the good organisation he is a special promoter of judo. He has just started as a member of the parliament in Bosnia. Again, as an elected member of the federation of the federation of Bosnia Herzegovina. But it’s good to have a judo administrator in the parliament.
His party, the SDP, is the biggest in the country. Rumors go that he will be appointed as one of the ministers. But he will see and Crnogorac is happy to be among the 150 chosen members. “In my canton (Sarajevo) I was elected from approx. 30 parties with all 39 candidates. Of approx. 1,200 candidates I was chosen as number 8. Of my canton 35 people are now seeded in the parliament.”
“I will see my position, people say that I should be minister for Sport and Culture, but I’m all-round and will see. I don’t have a special portfolio, I can do anything. Most of the times the Minister for Sport and Culture comes from the Culture part.”

Crnogorac is happy to be responsible for the event. He was awarded with a gold medal by EJU President Sergey Soloveychik at the opening ceremony. (see picture)
The U23 European Championships have a great field of quality participants and Bosnia Herzegovina is making progress. Larisa Ceric is their frontrunner. The heavyweight was the first ever Junior World Champion for her country in 2009 in Paris. Maybe she can beat some fighters in this U23 category.