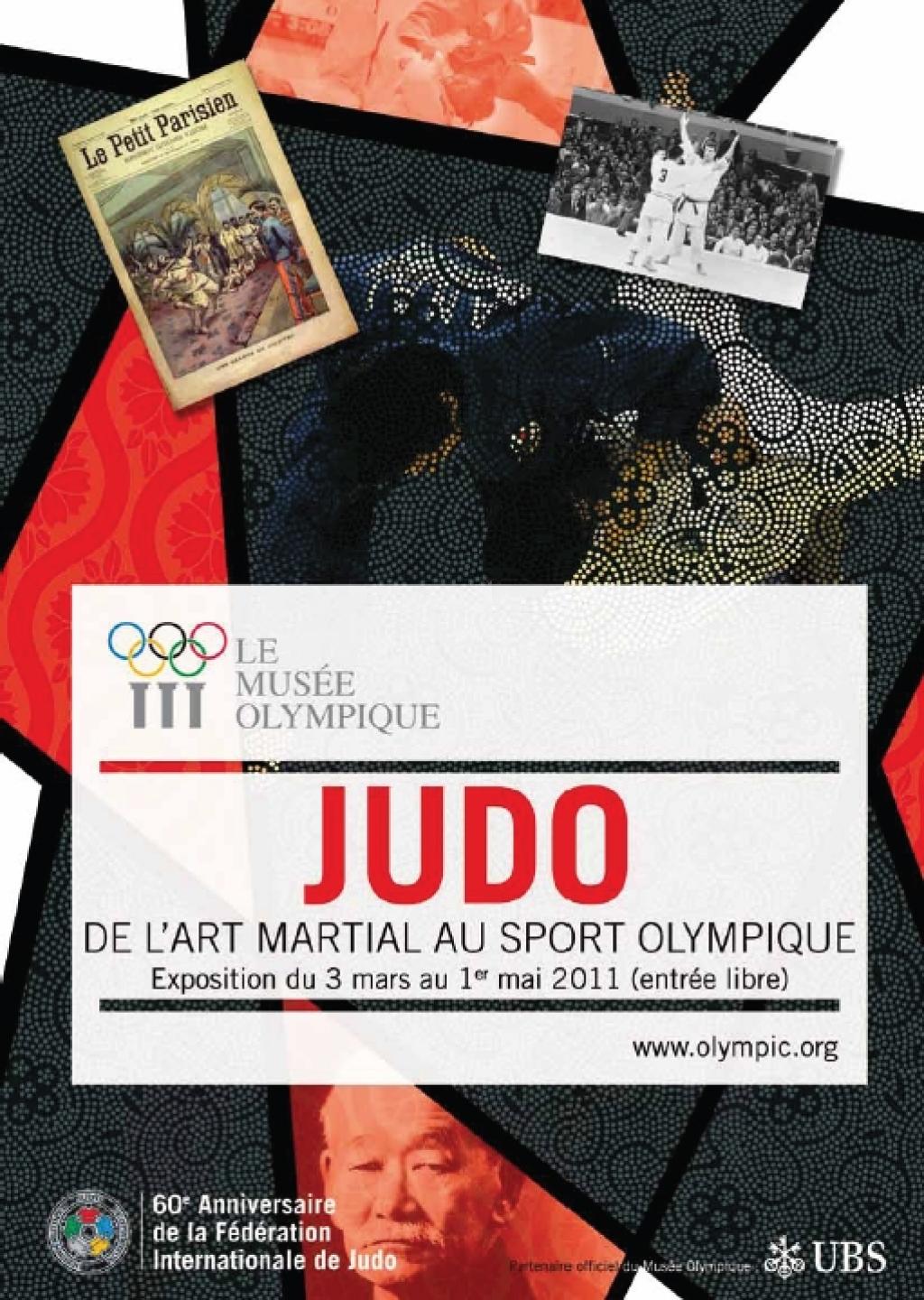 From March 3rd to May 1st, the International Judo Federation will celebrate its 60th anniversary in Lausanne, at the Olympic Museum, through an exceptional exhibition, which will present how judo went from a martial art to an Olympic Sport.
In May 1882, Jigoro Kano draws on traditional forms of combat to create a method of physical, intellectual and moral education: judo. Initially regarded as a system of self defense, judo is increasingly recognized for its educational value, its benefits for the development of body and for the education of the character. Olympic sport on the program of the Tokyo Games in 1964, judo became a universal practice and the International Judo Federation (IJF) now counts 200 members (national federation).
To mark the sixtieth anniversary of the IJF (established in July 1951), we invite you to discover or rediscover the steps that led the Judo to move from a martial art to an educative sport and then to Olympic sport.

The Origins
In the early twentieth century, the Western world discovered the beauty of art and military power of Japanese civilization. The victory of the country of the raising sun against the Russian Empire in 1905 is about the effectiveness of Japanese soldiers with their strong fighting spirit, bushido, and their fighting techniques, jujutsu. In many countries, Japanese art is introduced into military formations. At the same time, the art of combat also appears on the scene of music halls, in circuses and fairs. While remaining elegant and feminine, women early exercised in Japanese art.

Kano’s Judo
Small, bullied by his classmates, Jigoro Kano wants to strengthen his body and learn to defend himself. He studies jujutsu but soon realizes that the fight is a powerful way of educating the body and mind. Kano eliminates the dangerous techniques of jujutsu. He perfects the art of falling, requires the grapping between fighters and creates his own method by summarizing the most ancient forms of defense. In 1882 he opens a place called the Kodokan, the «place where one can study the way».

Useful information
Opening Hours
From 1 April to 31 October:
Every day from 9 a.m. to 6 p.m.

The Museum is closed on the 25 December and 1 January. Open on Easter Monday.

The entrance to the Judo Exhibition will be free!!!