JUDO IS BOTH WELCOME AND HEALTHY IN CHELYABINSK 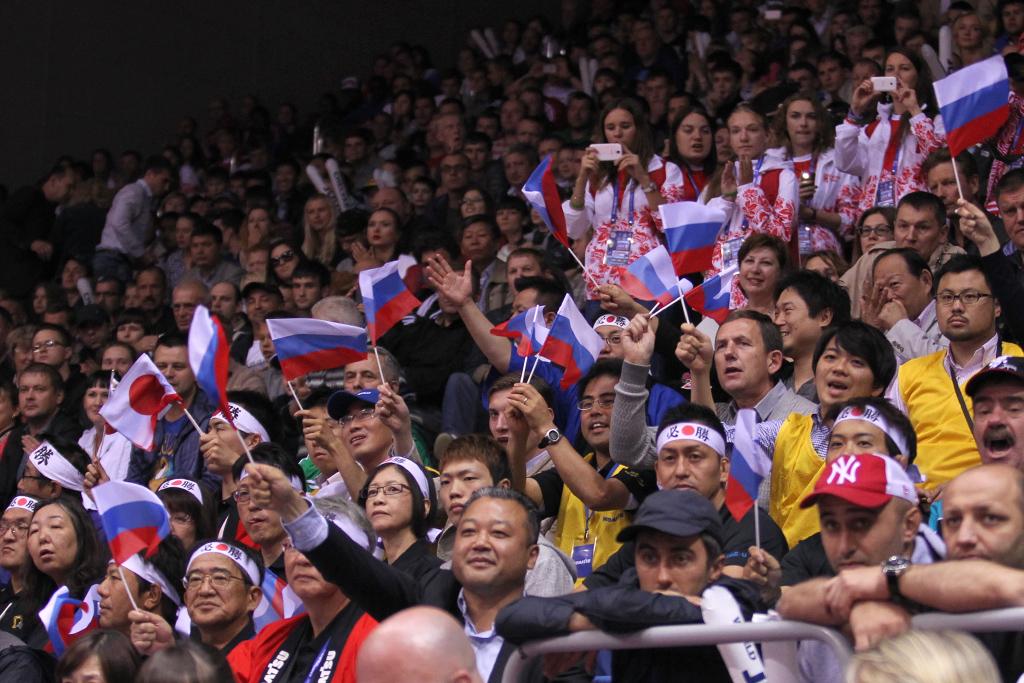 European Judo Union President Mr. Sergey Soloveychik confirmed at a press conference held during the World Championships in Chelyabinsk that the Senior European Championships will be staged in the city of Glasgow in 2015 and Kazan in 2016. Sitting alongside Mr. Boris Dubrovsky, Acting Governor of the Chelyabinsk Region, Mr. Soloveychik said that he had a small secret about the Acting Governor and that was that when younger Mr. Dubrovsky had practiced judo. Mr. Dubrovsky said that he was pleased with the number of more than 6000 young people under the age of eighteen practicing judo and was confident that the staging of these world championships would result in an increase of interest in the sport. With regard to whether the President of the Russian Federation Vladimir Putin would be attending Mr. Dubrovsky said “the President is an independent man and we would all have to wait and see. But he hoped very much that Mr. Putin would visit the championships”. Also in attendance was IJF President Mr. Marius Vizer who praised the organisation of the event to this point in particular with regard to the welcome given by the local organisers to visitors from all nations. Russian Judo Federation Vice President Mr. Valentin Khabirov said that he was impressed with the standard and quality of the judo displayed and hoped that the large audiences each day would be treated to more action as had been seen on the opening two days. IJF Head Refereeing Director said that the current rules had led to a more attractive sport and that even though some changes had been made very recently, for example the four minutes instead of five for women rule, that there would be no changes in the lead up to the Olympic Games in Rio in 2016.