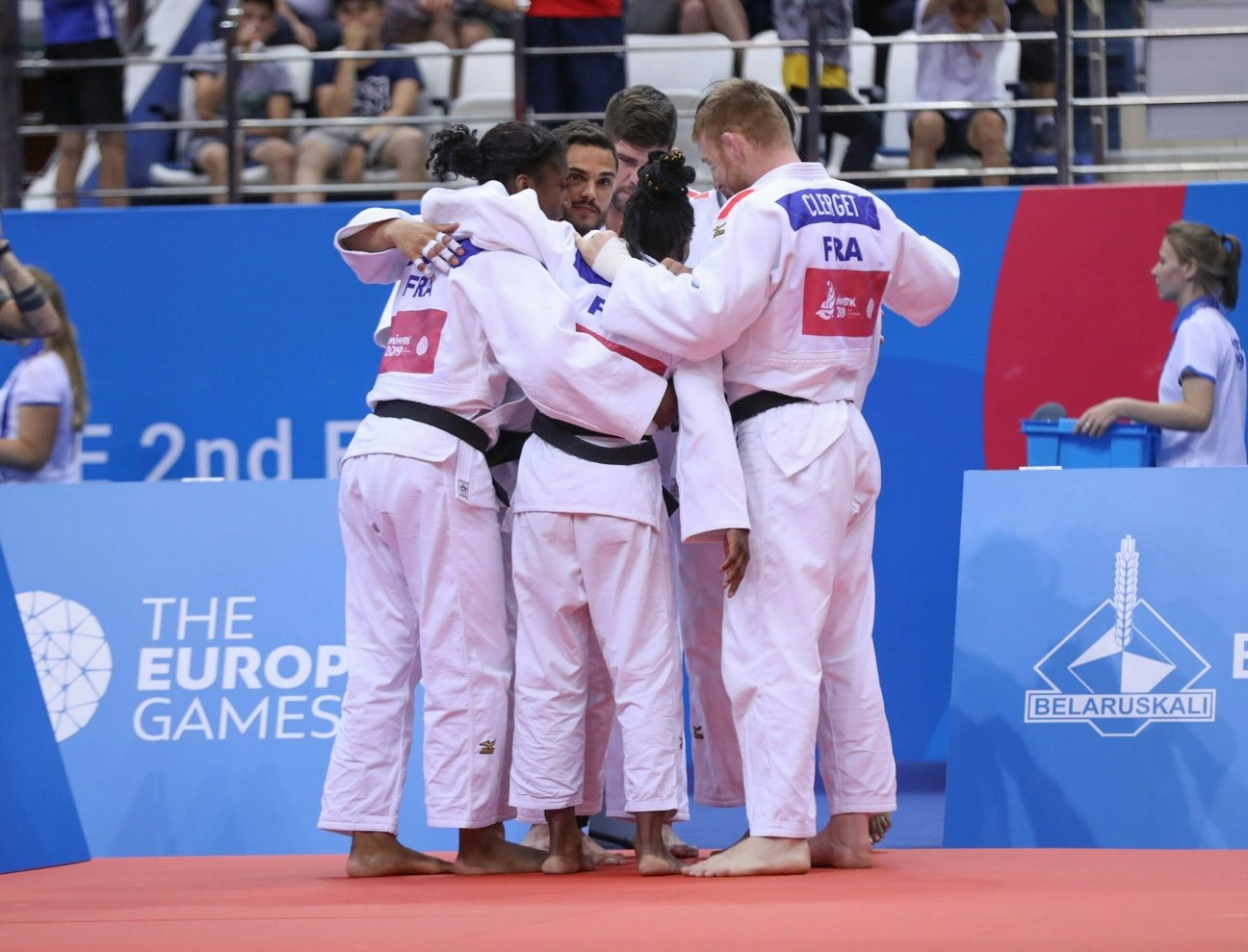 The European Olympic Committees (EOC) is pleased to announce that judo will make its third straight appearance at the European Games, having signed on to the sports programme for Krakow-Malopolska 2023.

The format for the 2023 European Games was developed by the European Judo Union (EJU) and will follow the programme for the Olympic Games Paris 2024 by serving as the Mixed Team European Championships.

The European Games have proven to be a successful springboard for athletes to the following year’s Olympic Games, with judo leading the way in terms of both representation and success on the podium.

Some 41 percent of all judokas who participated at the European Games Minsk 2019, for example, went on to compete at the recently concluded Olympic Games Tokyo 2020, where no fewer than 36 of them won medals. Leading the way were French duo Clarisse Agbegnenou (1 gold in Minsk; 2 gold at Tokyo 2020) and Margaux Pinot (1 gold and 1 bronze in Minsk; 1 gold in Tokyo).

“The European Judo Union is proud to be part of the 3rd European Games with the Mixed Team European Judo Championships,” said EJU President Sergey Soloveychik. “This ranked competition in the Olympic format is the pride of EJU and one of our most spectacular events. We are glad to invite everyone to follow it inside the programme of the European Games 2023 Krakow and Malopolska, Poland.

“The EJU has supported the project of the European Games since its first edition. The European Judo Championships in Baku and Minsk were a big success and a remarkable showcase of judo. Participation at the Games is a unique opportunity for European athletes and referees to feel the atmosphere and format of an Olympic multisport event as well as being a wonderful possibility for our member federations to benefit from an invitation inside the EOC and host city support. We are thankful to EOC President Spyros Capralos and the European Games Organizing Committees for our continuous partnership. We look forward to working together on the preparations and staging of this event!”

The results of the Mixed Team European Championships will count towards the International Judo Federation (IJF)’s Mixed Team World Ranking list, which is used for seeding teams at the draw for the Mixed Team competition at the Olympic Games.

There will be six weight categories at Krakow-Malopolska: Women -57kg, -70kg, +70kg; Men -73kg, -90kg, +90kg. Each National Olympic Committee of Europe can enter one team (with a minimum of six athletes and a maximum of 12).

“Judo is a valued member of the European Games family and we are thrilled to have the Mixed Team European Championships taking place at Krakow-Malopolska,” said Hasan Arat, EOC Coordination Commission Chair for the 2023 European Games. “The European Games have proven to be fertile ground for our continent’s elite athletes aiming to compete at the Olympic Games and the judo results from Minsk 2019 and Tokyo 2020 are proof of that. We look forward to seeing the best judokas from Europe competing once again at the European Games in 2023.”

The European Games are the continent’s premier multisport event for elite athletes and are held every four years. Krakow-Malopolska 2023 will be the third edition, following the inaugural edition in Baku, Azerbaijan in 2015 and the second edition in Minsk, Belarus in 2019.