JUDOHELPS - AGAINST THE DIGITAL DIVIDE 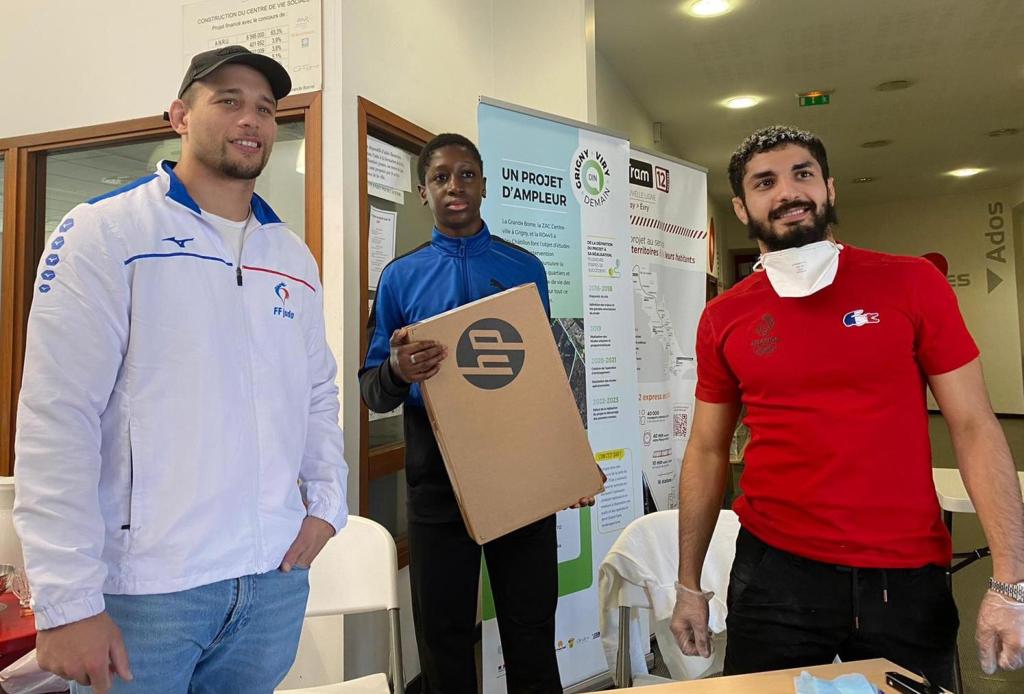 The IPPON Foundation has different projects in Africa with the main activity fighting against the digital divide. The foundation is helping children from disadvantaged areas, with no access to internet or digital resources. Since the deadly spread of the coronavirus in France and the exit restrictions, the founder Stéphane Nomis has discovered that this divide also exists in the Paris suburbs and he immediately started a charity event in his hometown of Grigny.

Since the confinement, the municipality has identified some 200 families who cannot follow the online courses at a distance. In Grigny, where almost 50% of the population (29,000 inhabitants) live below the poverty line, ‘illectronism’ is a real problem.

“We had lost contact with them and we realised that they had tool problems or simply did not have access to the Internet. The cut was not at all linked to a lack of will on their part.”

About two weeks ago he asked Stéphane Nomis, former French Judoka and CEO of IPPON Technologies – the official EJU IT Partner –  if he knew of companies that recycle computers to redistribute them.

Stéphane Nomis, born and raised in Grigny decided to offer 100 laptops to the town hall of Grigny, out of his own funds and set up an online donation appeal that raised almost €7,000 to buy more. Nomis said,

“My foundation is fighting against the digital divide in Africa, but I never thought it was also present here in France. This is not normal! I don’t know how we ended up in such a situation. The coronavirus highlights this misery and widens inequalities further.”

The objective is to distribute to 150 families. Each laptop has educational software already installed and will be delivered with a 4G key for those who do not have internet at home.