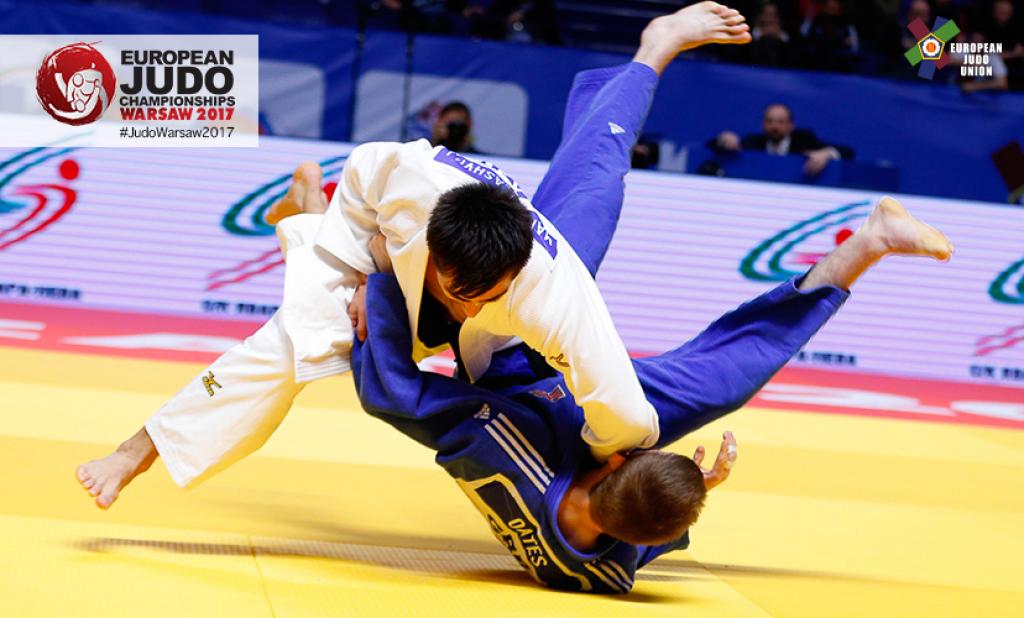 The five lightest weight division [-48kg, -52kg, -57kg, -60kg, -66kg] will be up first on the opening day [April, 20] of the 2017 European Judo Championships in Warsaw, Poland. Amongst all participants on first day, two individuals will have the opportunity to defend their European title on the first day. Namely, Majlinda KELMENDI of Kosovo (-52kg) and Vazha MARGVELASHVILI of Georgia (-66kg).

There are 21 athletes listed in the -48kg category, which of nine are considered to be very strong contenders for the podium spots. Top seed, Milica NIKOLIC (SRB) has already show what she is capable of doing by her recent medal tally. Undoubtedly, a Senior European title is something she would aim to add to her collection. However, Nikolic will need to face a few bigger, yet, not impossible obstacles. To name a few; Olympic bronze medallist, double European Champion, CSERNOVICZKI Eva (HUN); 2016 European bronze medallist, Monica UNGUREANU (ROU); determined Ukrainian duet, Maryna CHERNIAK and Daria BILODID; and multiply IJF World Tour medallists, Shira RISHONY (ISR) and Julia FIGUEROA (ESP).

London 2012 Olympic bronze medallist, Csernoviczki is one of the most successful female athlete of her country. Up to date, she won two European titles in addition to her four silver and three bronze medals. At occasions, when settling for second or third place, Csernoviczki suffered a defeat from one of the most successful -48kg judoka, Alina Dumitru (ROU). The Romanian judoka won eight European titles and Csernoviczki is on route to fill the shoes of Dumitru.

“My main aim for this year is to be at my absolute best for the World Championships which will take place in Budapest. Having said that, I worked hard with faith that I can stand on the podium of the Europeans for the 10th time in a row.”

Ingrid Berghmans is known as one of the most successful Belgian female judoka. She won the total number of 14 European medal, seven of which she claimed titles. She is one of the record holder female judoka in regards to her European medal tally.  Throughout her carrier, she won 11 World medal. Six of those times she worn the crown and to put the icing on the cake, she became Olympic Champion in Seoul, 1988.