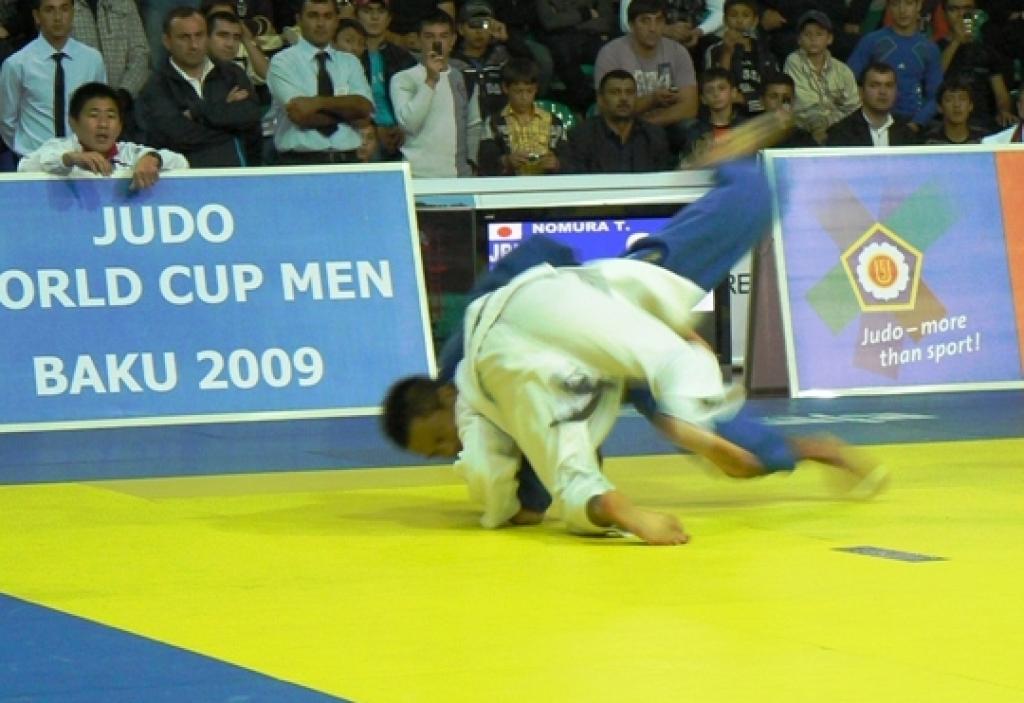 Whatever else happens today, 17-year old Vugar Shirinli will remember
the moment he threw Tadahiro Nomura (JPN) for ippon.
In terms of giant slaying it does not get much bigger than a junior, for that is what Shirinli is, defeating the only triple Olympic gold medalist in judo. Nomura (34) is twice as old as Shirinli (17). It was the greatest possible age difference of all participants. Nomura was the oldest, Shirinli the youngest.

All David and Goliath stories are surprising. But, having already
thrown Nomura with Kata Guruma for waza-ari, Shirinli scoring ippon
with Te Guruma could go down as the biggest surprise of all. With only
eleven competitors in the category Shirinli’s win over Nomura put him in the quarter-final where he met Amiran Papinashvili (GEO), ranked no. 11 IJF World Ranking List. But rank, status and reputation don’t appear to mean a great deal to Vugar Shirinli who beat both opponents by ippon. Shirinli had to face GB World Cup silver medalist Julien Ottaviani (FRA) in the semi-final but also won that match.
Shirinli will now team up with Robert Mshvidobadze (RUS) in the final. Mshvidobadze had to fight the full five minutes in his previous three matches. The 20-year old Russian U23 champion knows Shirinli from the junior circuit but was usually fighting in a heavier category as his opponent.

Read about the final in the next report

The fairy tale led to a silver medal.

It remains to be seen just how far the fairy tale will go.