Junior talents of Europe fight at European Cup in Coimbra 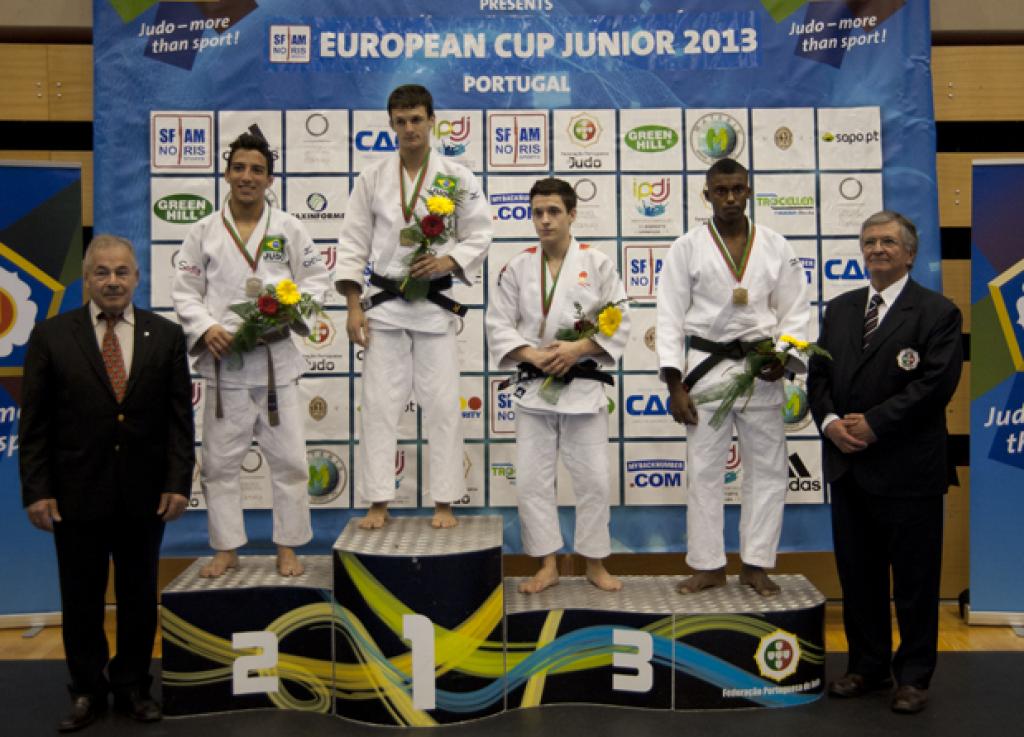 Portuguese fans who gathered at the first day of the SFJAM Noris Junior European Cup in the Pavilhao Multidesportos in Coimbra witnessed another great judo tournament, filled with fierce rivalry and impressive techniques.

Although were the Brazilian judoka that claimed the most gold medals (Chibana Gabriela U48, Gomes Flavia U57, Silva Gabriel U55 and Santos Nicolas U60), the victory of Nuno Saraiva in U73 category guaranteed a happy ending to the first day of the competition for the local team.

Young judoka from Leiria (center of Portugal), faced in the final Niklas Bloechl from Germany. Even though he was not able to mark a score, his solid koshi-guruma attacks didn’t go unnoticed and assured gold medal for the Portuguese. Italian Matteo Piras celebrate his first European Cup victory in the juniors. Last year he collected four medals, but none of them in gold.

On Saturday Piras defeated Andreas Tiefgraber from Austria in the final U66kg. It gave Italy the second place in the medal tally after day one.

Worth mentioning was the presence of two special guests; Mr. Vicente de Moura, President of the Olympic Committee of Portugal and Mr. Jacques Noris, EJU Official Supplier, who observed today’s fights and awarded the winners. On Sunday the Junior European Cup continues. Watch the photos of day 1 HERE