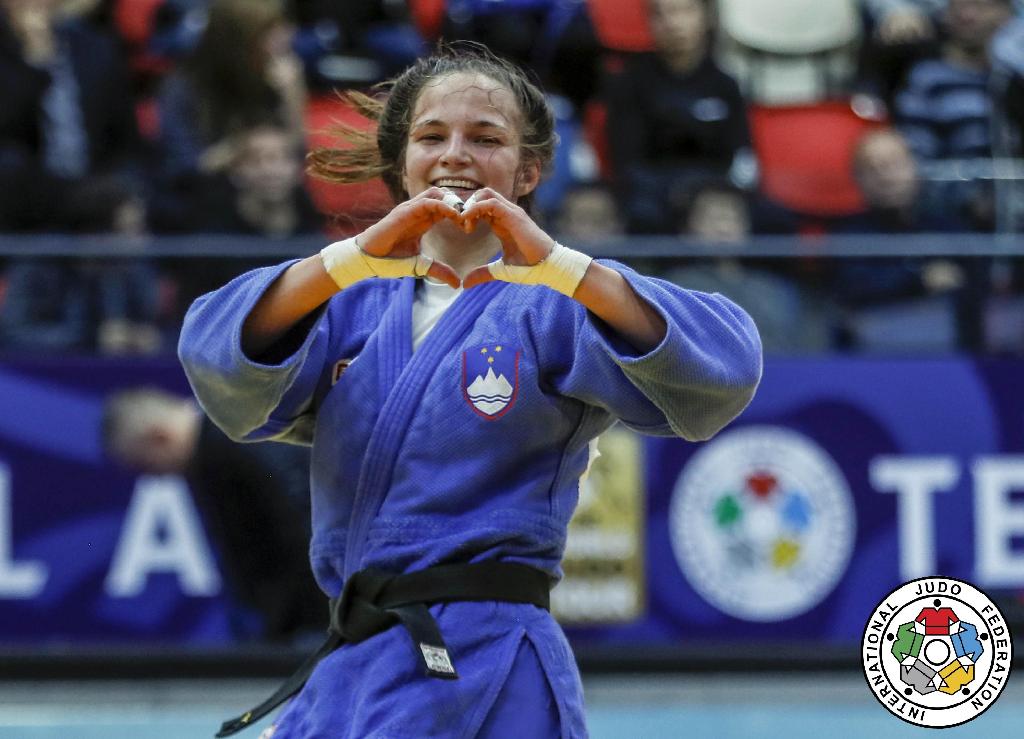 The opening day of the Tel Aviv Grand Prix saw 19-year old Kaja KAJZER (SLO) take the gold medal in the -57kg category. Kajzer’s first contest turned out to be a tactical battle against Julia KAZARINA (RUS) that went into golden score where after a little over two minutes Kazarina collected a third shido. In round two Kajzer faced the vastly experienced Sabrina FILZMOSER (AUT). Once again Kajzer found herself in golden score. However, on this occasion Kajzer was able after 18 seconds to come up with a left sided o goshi to end the contest. It was beginning to look as though Kajzer was in for a long day as in the quarter- final against Vera ZEMANOVA (CZE) golden score was again needed. After a little over a minute Kajzer produced a powerful left o uchi gari to score ippon and advance to the semi-final. Next up was Telma MONTEIRO (POR) who along with Filzmoser accounted for the two most experienced competitors in the entire competition. True to form, Kajzer needed a period of golden score before she found her range and, after just over a minute, Kajzer caught Monterio with a low left sided seoi toshi for the winning score. In the final Kajzer came up against Helen RECEVEAUX (FRA). Seemingly untroubled by yet another golden score encounter, Kajzer delivered the score when it mattered, this time taking the gold medal in the process.

There are times when a reading of the contest sheets will not tell the full story. For Kajzer today was such a day as four out five golden score contests may suggest an inability to get the job done. But it was Kajzer who scored four out of five times and did not once concede a score. Four out of five times Kajzer faced opponents who were already Grand Prix gold medal winners when she was still a 13-year old school girl with dreaming of the Olympic Games. Today was the day Kajzer displayed the kind of determination essential for consideration as a genuine contender, a winner, one for the future. 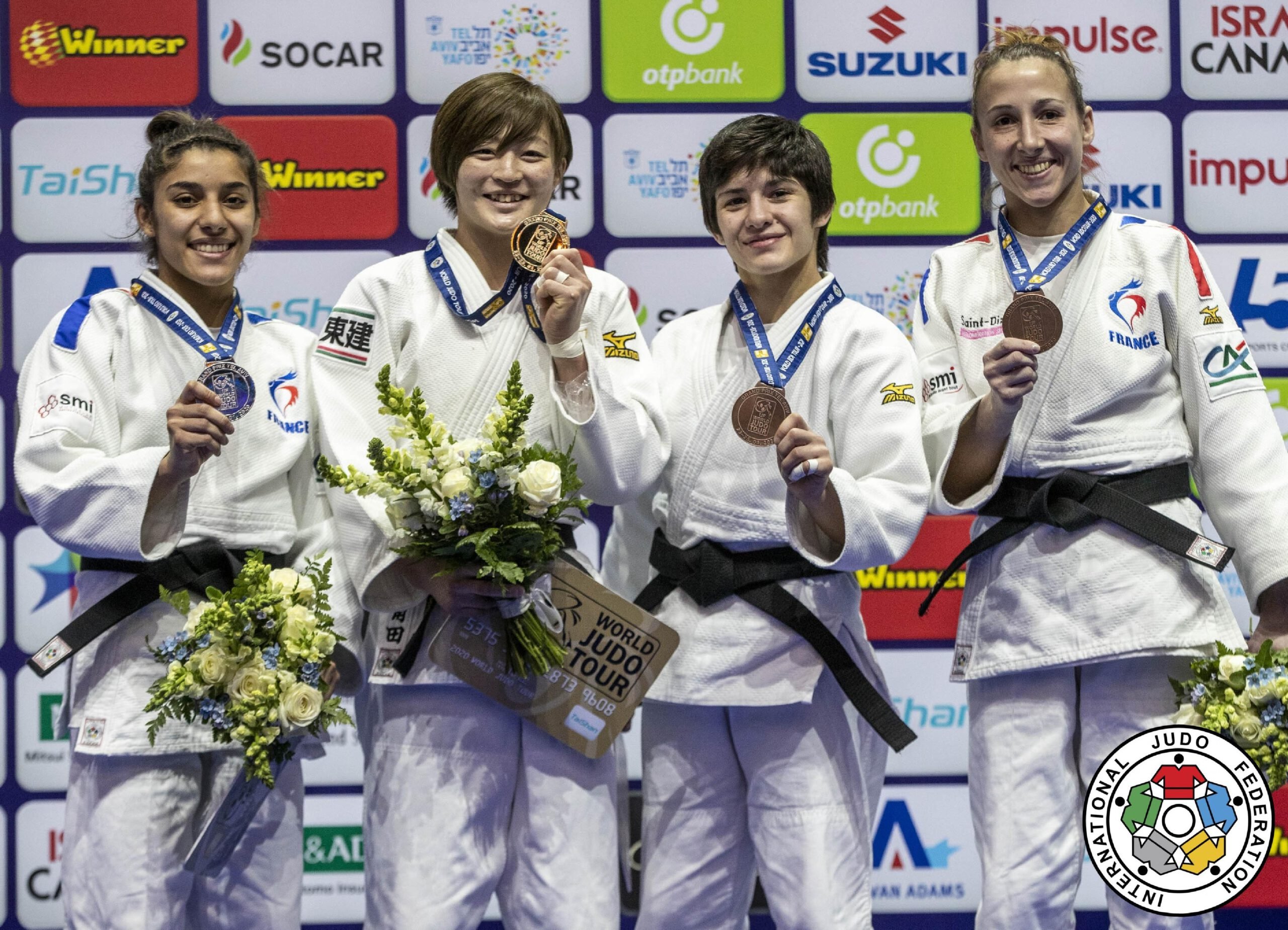 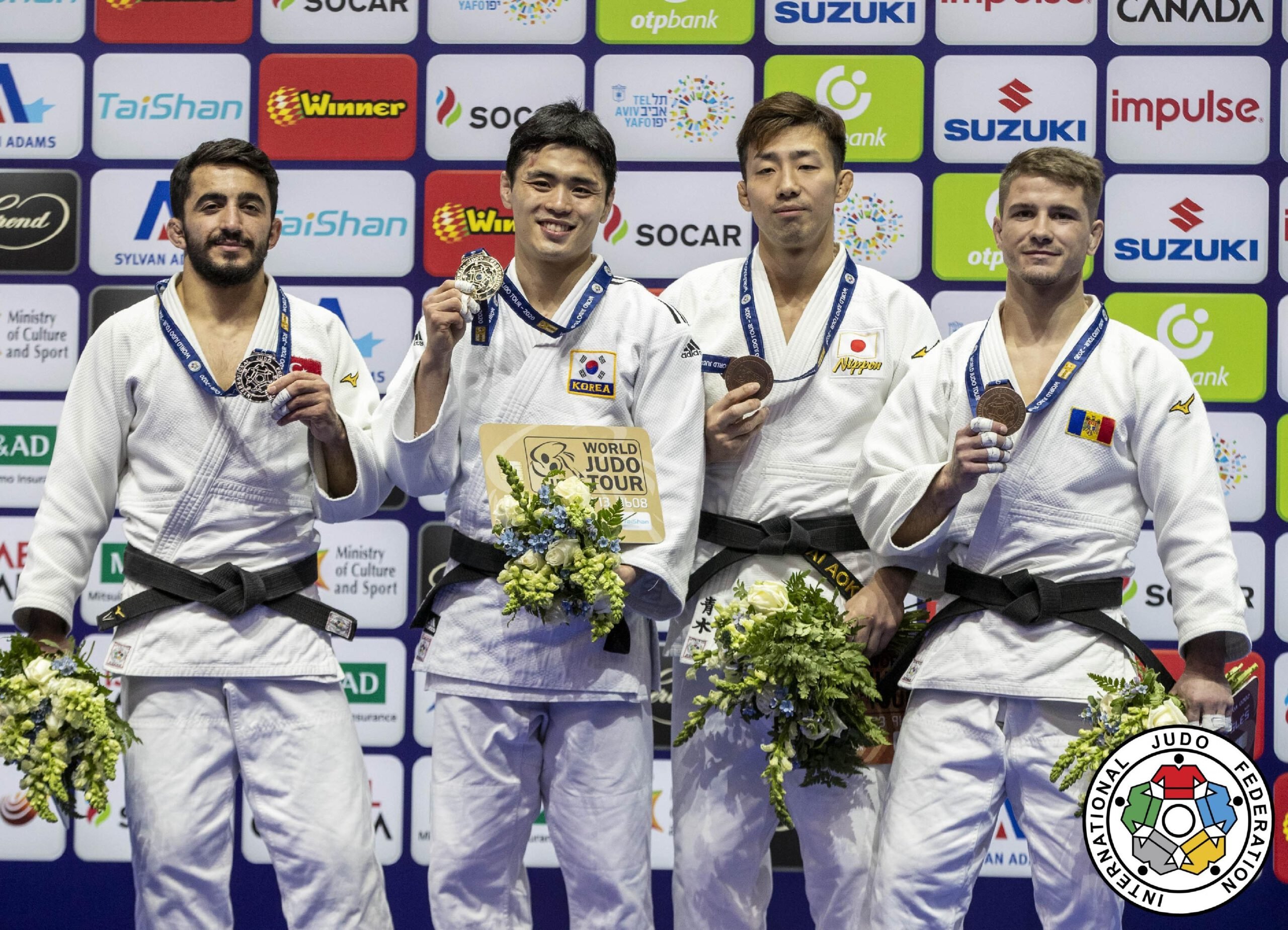 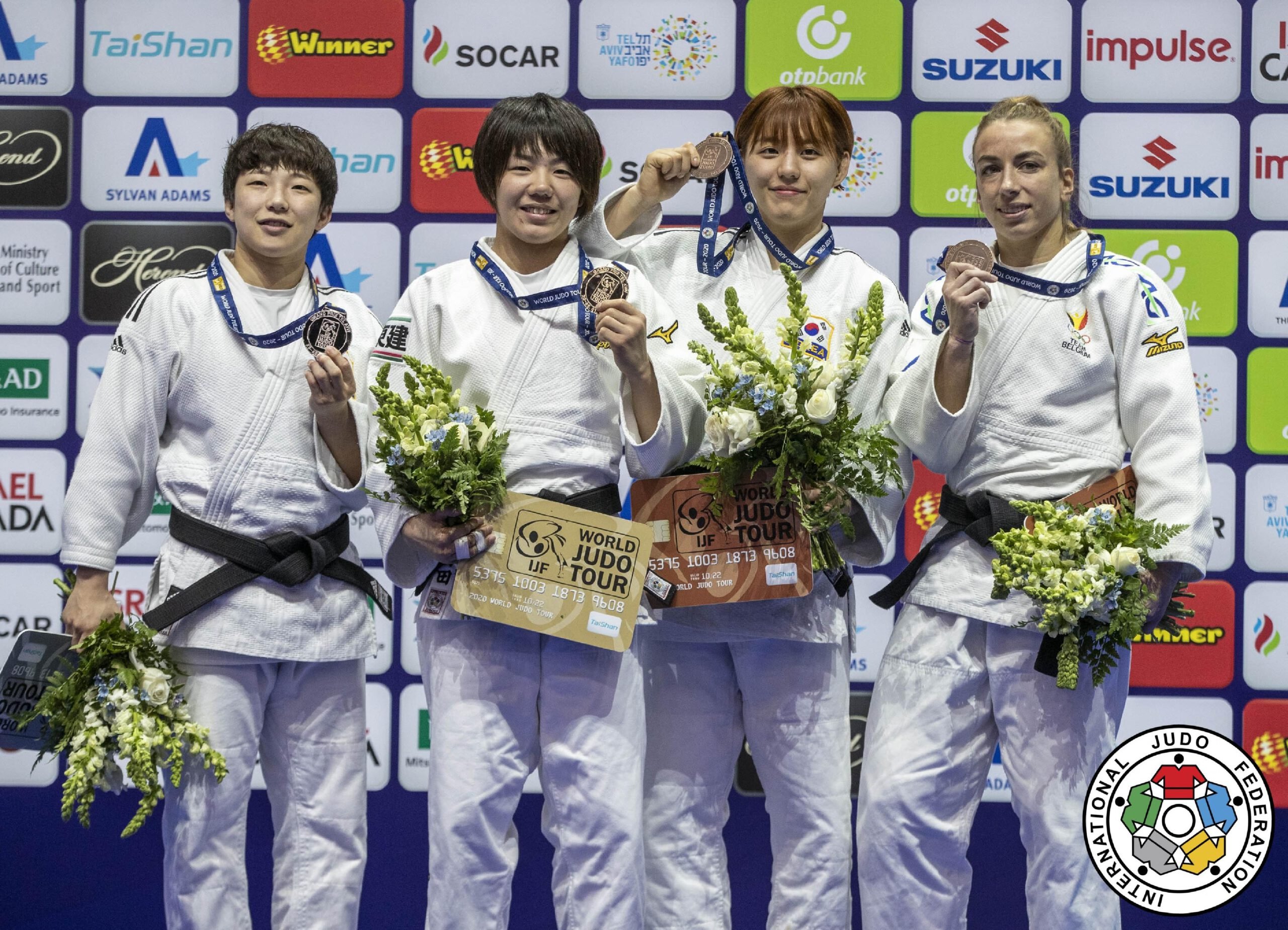 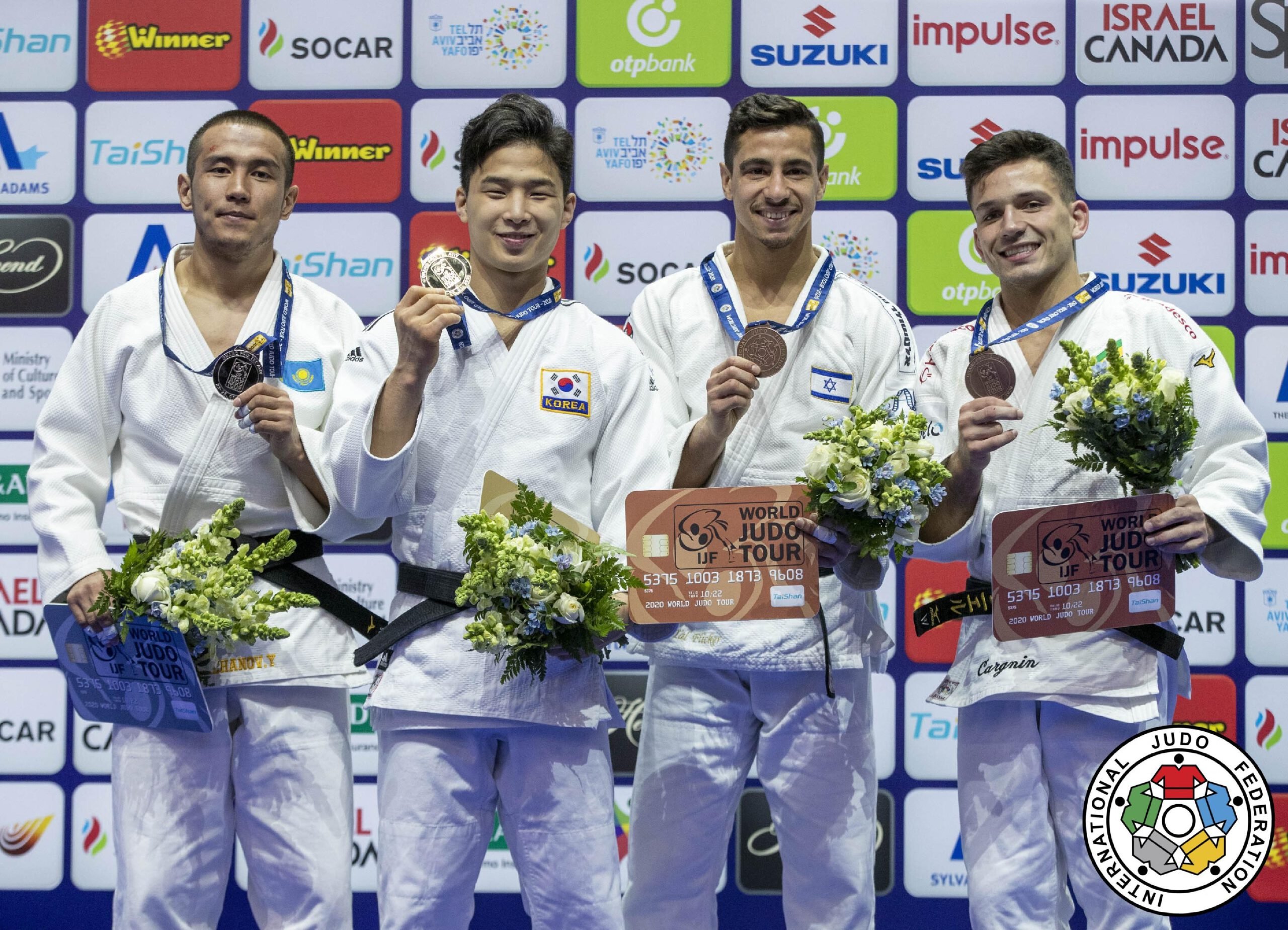 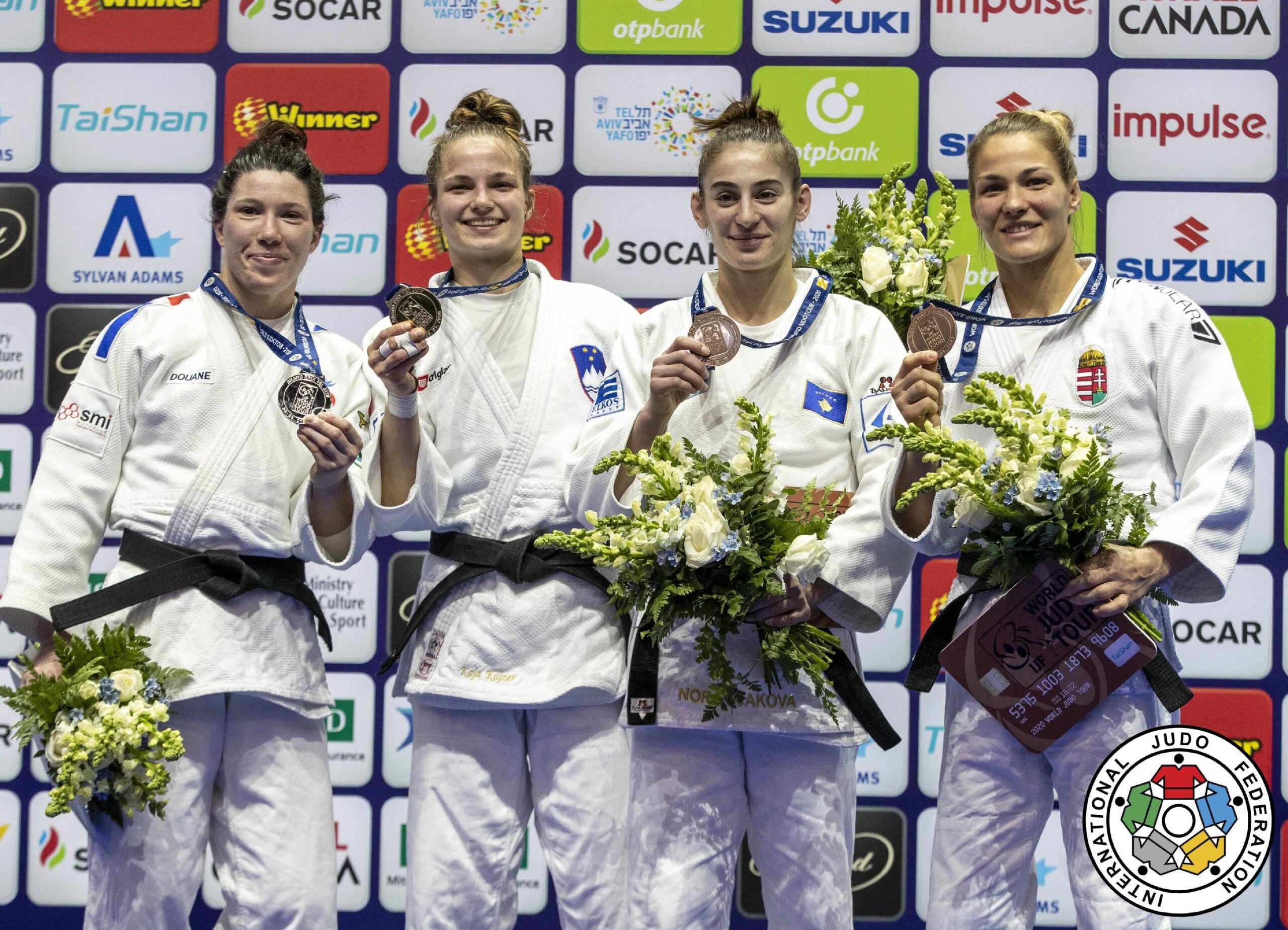 When asked to describe her emotions Kajzer said,

“It was really cool to stand on the podium especially as this was the first event of the year; it was an amazing feeling.”

With regard to the challenges she faced during the day Kajzer said,

“The first contest of the day is always hard. But I suppose I’d have to say that my most difficult contest was when facing Helene Receveaux in the final. She put in some really strong attacks, in particular with o uchi gari early on. But I managed to defend against those. I could feel a change in the contest as she gradually began to tire.” In response to a question regarding plans for the future Kajzer said, “In the short term I will be looking at competing at the Paris Grand Slam. After this I will begin to concentrate more on securing Olympic qualification. Since the age of 13 or 14 I have felt that I could qualify for Tokyo 2020. In fact, I have dreamed not only of qualifying but actually winning gold at the Olympics.”