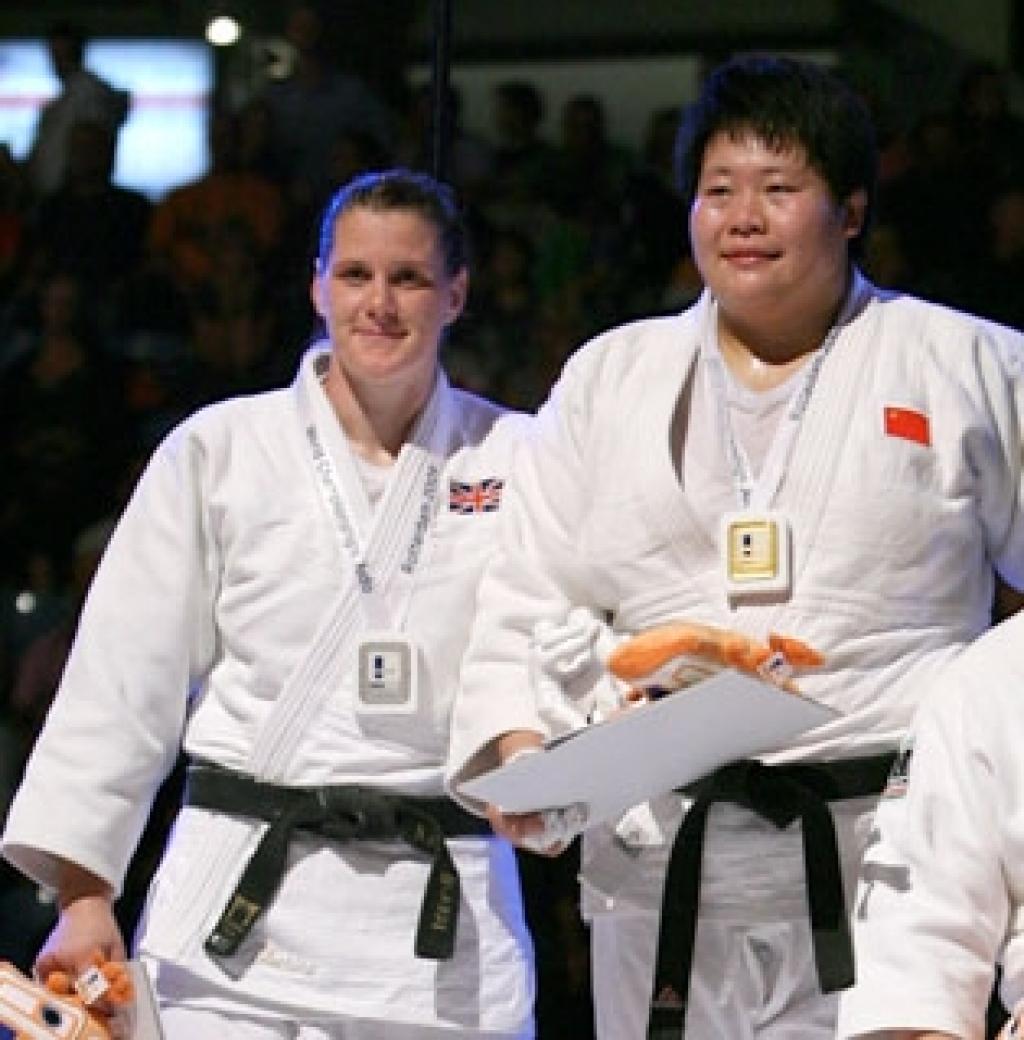 “Karina Bryant won a silver medal in the 2009 World Championships – taking her total World medal tally to eight over an incredible 11 year international career. Her consistency, success rate and sustained excellence at World level in judo places her in a very elite group of athletes indeed. Next up – London!” said Densign White, British Judo Chairman.

The British Olympic Association (BOA) has announced the full list of recipients of the sport specific 2009 Olympic Athlete of the Year trophies.

To mark outstanding performances in 2009, Karina has been awarded along with other sporting stars such as Andy Murray, Beth Tweddle and Phillips Idowu.

Karina has enjoyed great success this year, including taking the only British medal at the World Championships in Rotterdam.

Along with her World silver medal, Karina’s consistently successful feats also include gold at the Tre Torri International and British Open and bronze at the German Open.

Karina follows 2008 winner James Millar and Beijing Olympians Craig Fallon, and Euan Burton who have won the award in 2006 and 2007 respectively.

The award was introduced in 2005, to mark the BOA’s Centenary Year and the success of London being awarded the 2012 Olympic Games. The BOA presented a trophy to each of the 33 summer and winter Olympic sports for them to award on an annual basis to their top performing athlete of the year.

Andy Hunt, BOA Chief Executive said: “Following on from the unprecedented success of Team GB at the Beijing 2008 Olympic Games, 2009 has seen athletes from many of our Olympic sports raise the bar even higher.

“The award of the Olympic Athlete of the Year trophy recognises the quality, focus and commitment of athletes who represent the very best of British talent in their respective Olympic sports.

“I wish all the BOA Olympic Athlete of the Year award winners the very best as they continue their preparations for Vancouver, London and beyond.”