KARNEVA PLANTS THE SEEDS FOR NEXT YEARS CADET EUROPEANS

"I think my victory today will have a positive impact... it opens up opportunities, hopes and believes." 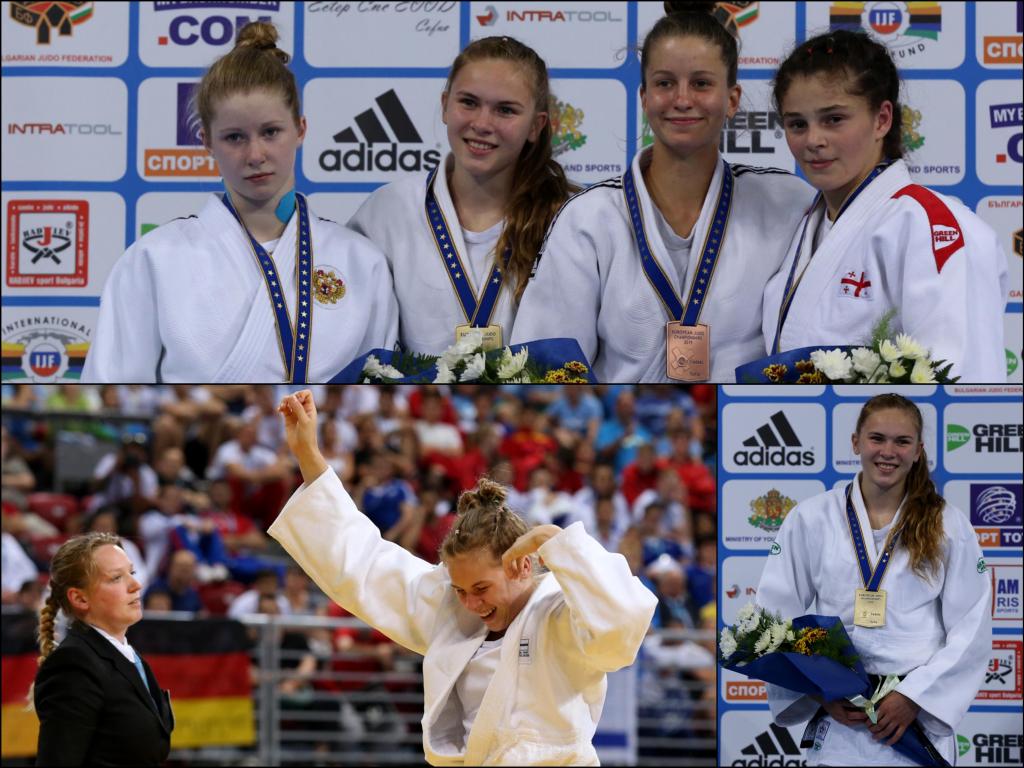 The second day of the 2015 European Championships brought actions across the remaining eight individual categories. On the first day, each gold medals have been awarded to different nations which meant there is great deal on offer on day two. Both, Georgia and Russia, headed onto the final stage with three golden opportunities. Georgia managed to hit the mark only at one occasion, which resulted an echo of last years medal table and the Russian team to finish on top with four gold in total – three of which were won today.

The family merit of our sport can be endlessly stretched and it has continued to occur all along. Georgian ace, Varlam Liparteliani’s cousin, Eteri LIPARTELIANI (GEO) was in action besides Christian PARLATI (ITA) who had his brother, Enrico Parlati, supporting him today. Enrico is one of the current Italian international judo maestro. ‘Supercoach’ is the middle name of the head coach for the Isrealian senior women team, Shany Hershko. The talent seems to run through the family as his nephew, Raz HERSHKO (ISR) put on a winning performance in the +70kg category. To top it up, we witnessed a double bronze celebration in the OBRADOVIC family. Both, Anja and Jovana suffered a defeat in the semis of the -63kg category to than stand side by side and captivate their podium spot.

The end of a journey is a beginning of another as they say. The winner of the -57kg category, Emilia KANERVA (FIN) certainly proved it today. As she ended a beautiful journey of her cadet years, she opened up a new route to the upcoming generation. What more than a golden victory could lay out the ground better for the host of the 2016 Cadet European Championships, the Finnish Judo Association?
“I think my victory today will have a positive impact because Finland hasn’t got any medals for years and when we finally have one it opens up opportunities, hopes and believes. I can’t compete there anymore but for sure I will be there to watch and support the team.”
Kanerva has shown domination at both, in tachi-waza, and in ne-waza throughout the day. The Finnish fighter has been attending at Cadet Europeans on two occasions and narrowly missed out on taking a medal. “Today my target was to win a medal, I wanted it so badly and I managed to take gold at the end, so I am really happy.” Three consecutive win by Ippon led her to see herself in the semi-final stage. “The semi-final was my hardest fight today because I knew if I win that fight than I am definitely taking a medal today. So it was mentally the hardest one.” At the end, with clever tactical skills, the fight was won by three penalties and Kanerva was going through to the final, where she had to defeat Anastasia KOLYADENKOVA (RUS). “I was really nervous before the final because I lost against her last year by Ippon.”

It is only a matter of time before Finland’s new cadet champion will be on the move again. “I am going to fight in few weeks time again at the European Youth Olympic Festival in Georgia.”  The General Secretary of the Finnish Judo Association, Miikka Neuvonen, also concluded his thoughts of the day: “It was the first time in 15 years that Finland won gold at a Cadet Europeans. It is deinitely a boost for next year and we needed that. Everyone needs a role model and an example, and now we have one”, The last day of the 2015 European Championship will host the team event with 17 women and 19 men teams in operation. The competition will start at 10:30 local time.