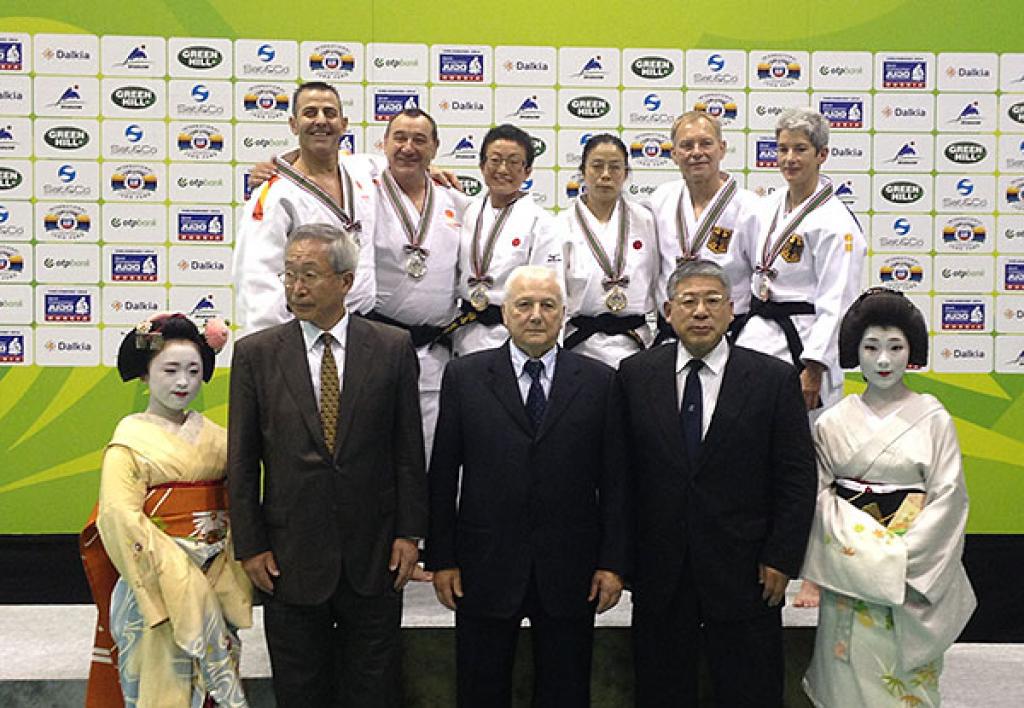 The Kata World Championships entered another dimension during the fifth edition. For the first time in history, the competition was held outside of Europe, and for the first time it came back to the mother land of judo.

The competition is taking place in the Kyoto Budo Center (Butokukai) a few metres away from the famous Butokuden dojo, which was built in 1899. The venue is well-known for the practice of martial arts and Jigoro Kano himself came here to develop judo in western Japan and define the competitions rules in 1899 and unify those of kata in 1906. A symbol.

Five events are scheduled for the competition: Nage No Kata, Katame No Kata, Juno Kata, Kime No Kata and Kodokan Goshin Jitsu. 103 pairs from 30 nations are present and for the first time the five continents are represented.

Each nation can engage seven couples for the five kata. Competitors are divided into two groups, the top three from each group qualify for the final. Each presentation is noted by seven judges, the highest and lowest score being removed.

The first day of competition was marked by a little surprise with the victory of the Korean athletes (468 pts) in front of Japanese (464 pts) and the Romanians (459 pts) in NAGE NO KATA. The scores were very close, as the first four pairs were held on 10 points.
In KATAME NO KATA, the Japanese took the first two places in front of the European Champions from Italy.

The YOKOYAMA – OMORI (JPN) pairing wins for the sixth time in a row. They are unbeaten since 2008.

The last event of the world championship was the GOSHIN JUTSU competition. Team Korea, once again showed its skills and finished in second place. After their title in Nage No Kata, Korea has proved to be a major actor in the kata world.

All participants and officials, especially the Kodokan experts, the IJF General Secretary, Mr. Jean-Luc Rougé, and the Chairman of the IJF Kata Commission and IJF Hall of Fame, Mr. Franco Capelletti, agreed that the level was extremely high this year in Kyoto, and that it was the best championship since the launch of the event. The well populated crowd enjoyed the two-day event and warmly welcomed all participants. The All Japan Judo Federation can be congratulated for the excellent organisation as well as all IJF members for having managed an outstanding competition which went one step forward in Kyoto, Japan.