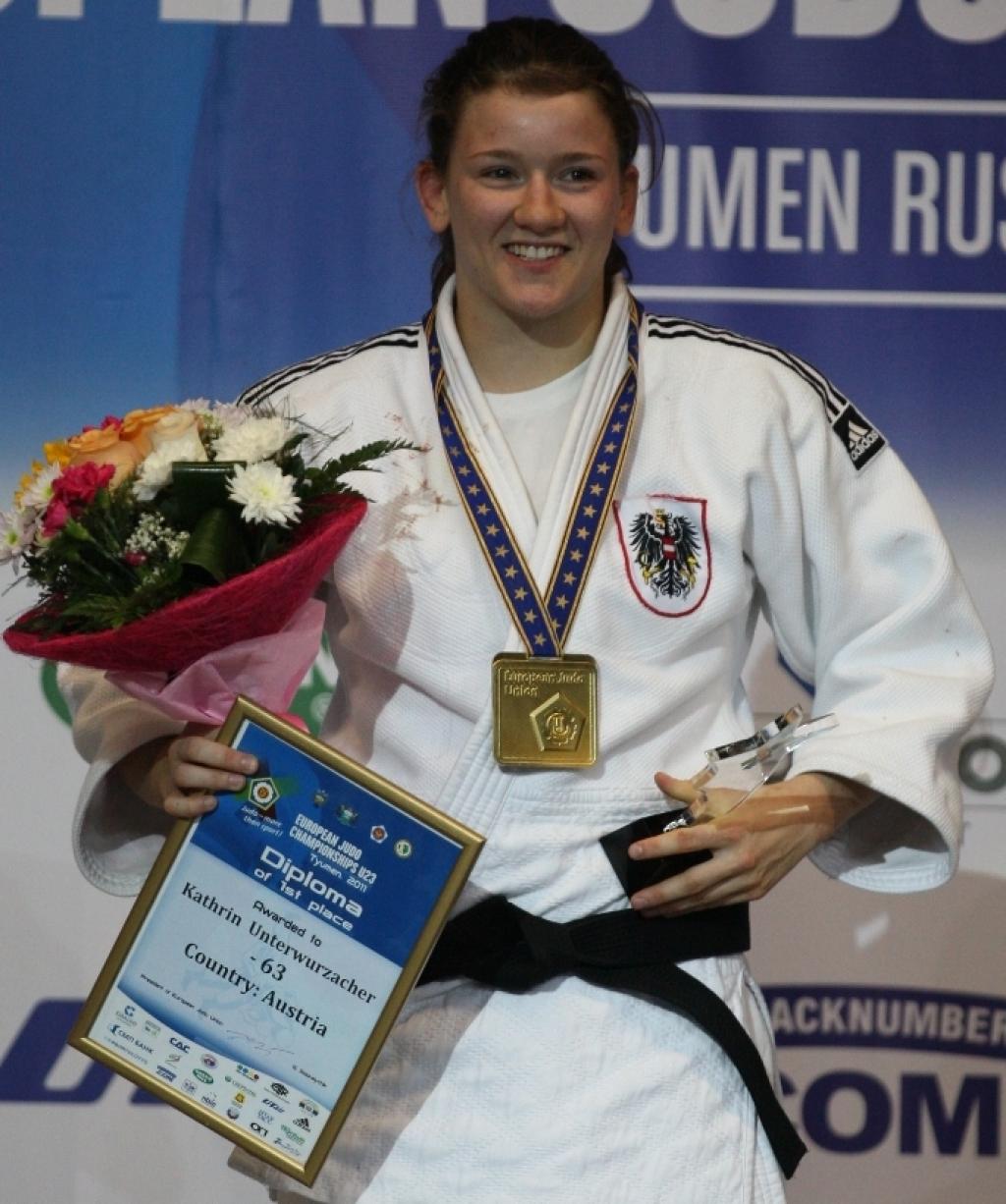 Austrian judoka Kathrin Unterwurzacher demonstrated why a judo match takes five minutes. Unterwurzacher was better in the final against Polish Halima Mohamed–Seghir. In the final match under 63kg Mohamed-Seghir took the lead by throwing Soto-make-komi awarded by Wazari.

Unterwurzacher attacked immediately by throwing Sumi-gaeshi, but not resulting in a score. The Austrian fighter, didn’t stop her way to the European title after she had scored wazari twice. On Saturday she also defeated Peschaud (FRA), Buker (TUR), Kazenyuk (RUS) and Trajdos (GER). Unterwuracher defeated Mohamed–Seghir as well at the World Junior Championships in Agadir (MOR).