Kaunas had the strongest tournament so far in their history 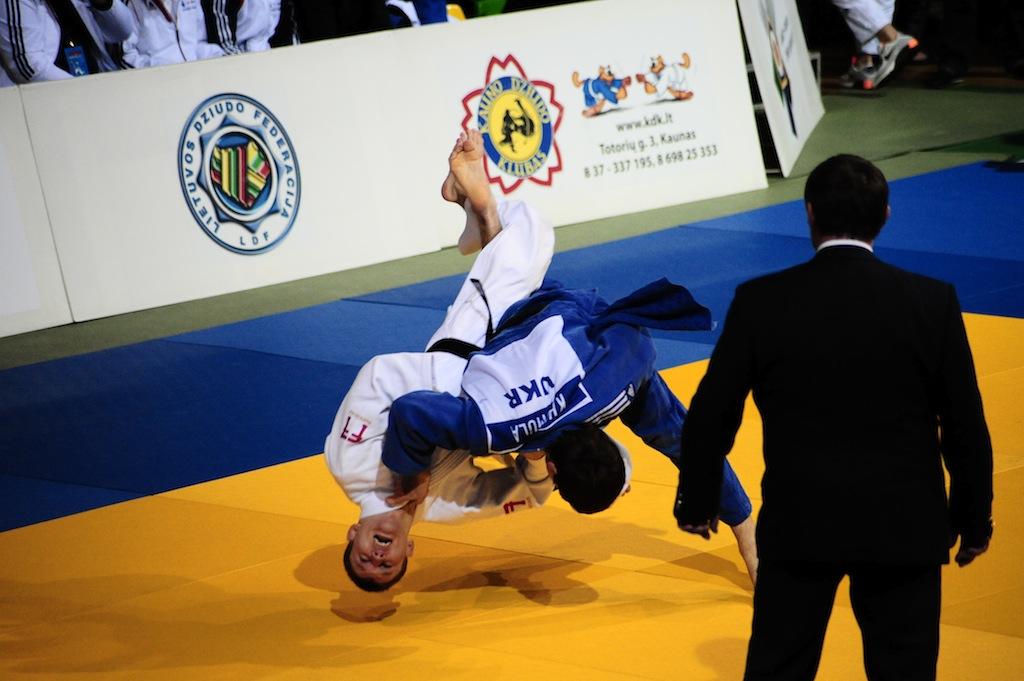 In Lithuania participated 22 different countries, first time ever that in Kaunas came this record number of federations.
The strongest delegation was Russian – they won total 21 medals: 6 gold, 7 Silver and 8 Bronze.
Especially wonderful results reached by the Russian women like a years ago in European cup Kaunas 2013. Russian girls took 18 medals. They won medals in all categories except in the category under 70kg. The Russian athletes were in final fights in categories -44 kg, -48kg, -52kg, -78kg.
Athletes from Great Britain team came with strong selection which won 9 medals. Samuel Hall took gold, like a year ago at the ECup in Kaunas.
The Ukranian men succeed to win three gold medals (of the five athletes in total, who came to the European cup in Kaunas).
In final fight category under 73kg athlete from Latvia Mihails Steinbuks did impressive uchi mata ( the most impressive throw in finals fights) and won gold medal which was also the only medal for the team of Latvia.
Lot of known names in the category U63kg, former European Cadet Champion Katie Jemima Yeats-Brown (GBR) which finished on the third place, silver from the cadet Championships in 2010 Ana Kokeza (CRO) but didn’t succeed to go through first round against Kiskel of Lithuania. EYOF bronze medalist Buga Kovac (CRO), had much more success in Kaunas than her teammate Kokeza and finished on the third place next to Yeats Brown. Dzhigaros of Russia which was second at the World Cadet Championships, also finished here in Kaunas on the second place. The U63kg was won by the former U52kg competitor and silver medalist from the European Cadet Championships Lucy Renshall of Great Britain.
Lithuanian athletes won at this cup 1 Silver and 3 Bronze medals(only men).

Watch all the photos from Kaunas in our photo gallery