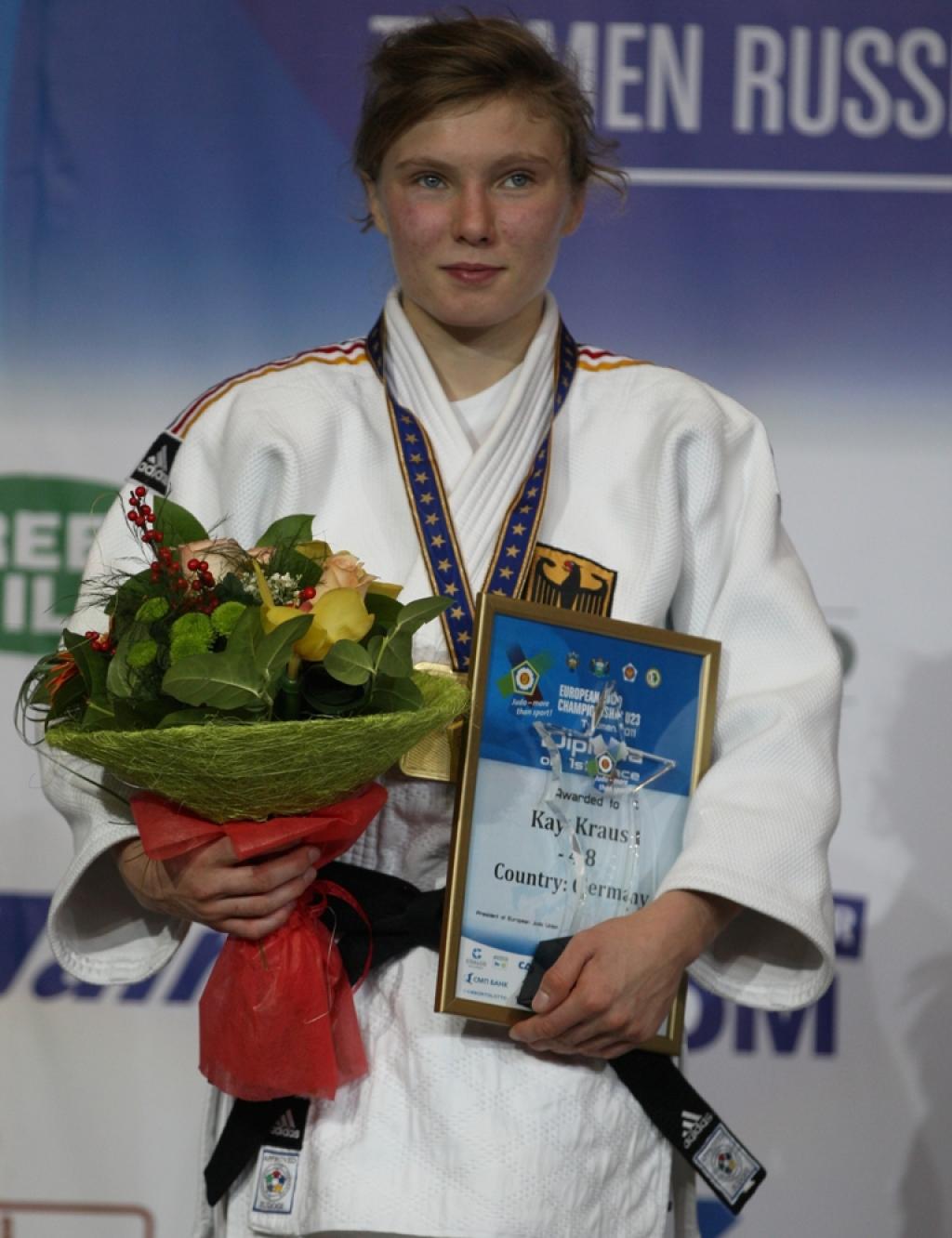 Today she won the gold medal against domestic fighter Ekaterina Tikhonova who started her fight very well, but Kraus took the gold by scoring an ippon in in the lions heart.

The first bronze medal fight, Moldavian Tatyana Osoyanu was stronger than French Scarlett Gabrielli. She scored wazari but Osoyanu won the fight by throwing an ippon. In the match between Melanie Clement from France versus Italian Odette Giuffrida the difference was very little. The fight was decided in the golden score by hantai for Giuffrida who was dominant in the U17 age category by taking two European titles. Ni luck for the French judoka who ended with empty hands.