Kelmendi takes it all; second gold in a row 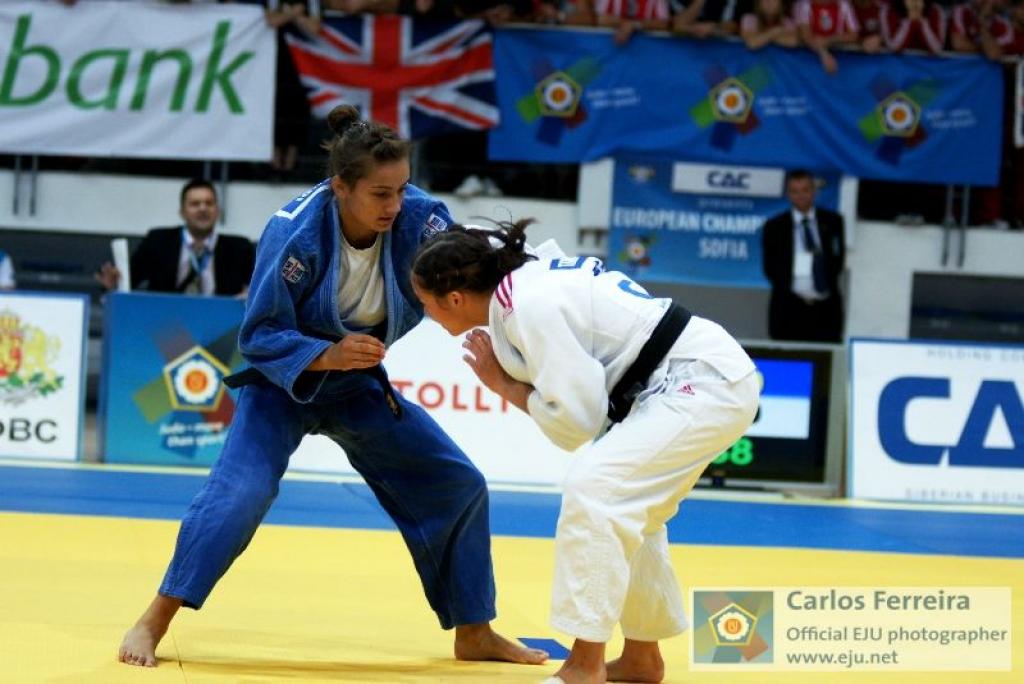 Majlinda Kelmendi has prolonged last year’s European title today at the first day of the European Junior Championships in Samokov (BUL).
The Kosovarian Kelmendi who is not able to represent her country at official Championships is facilitated by Albania to participate at the European Championships. In the final U52kg Kelmendi defeated Austrian Tina Zeltner. Last year in Yerevan she defeated Barbara Maros (HUN) who finished fifth today after her loss against Tugba Zehir (TUR).

In the category U44kg Serbian Juljiana Savic defeated Diana Kovacs of Romania for gold. Kovacs lost last year to Belgian Anne-Sophie Jura, today 7th. Again bronze for Turkey by Dademir. She won bronze in 2008 and Turkey now consequently won at least two medals at the U20 Championships stating that they are successfully working on the talents.

Russia was again well represented, gold for Shamilov, bronze for Aram Grigoryan U55kg and silver for Aznaur Ardanov U66kg. It was Greece winning this category by Georgios Azoidis who successfully came back in the match against Ardanov. Azoidis won the second ever European title after Tariel Zintiridis who won in Bulgaria too, in 2004 in Sofia.

Georgia won gold by Grigor Kaidarashvili. Georgia consequently won gold each year since 2006. This year, same as last year at the first day. It’s the 14th title ever for Georgia since 1993 (Vazagashvili).

Tomorrow more action at day 2 with the middle weight categories. Tune in for live action tomorrow and don’t forget to watch our Picture gallery tonight.