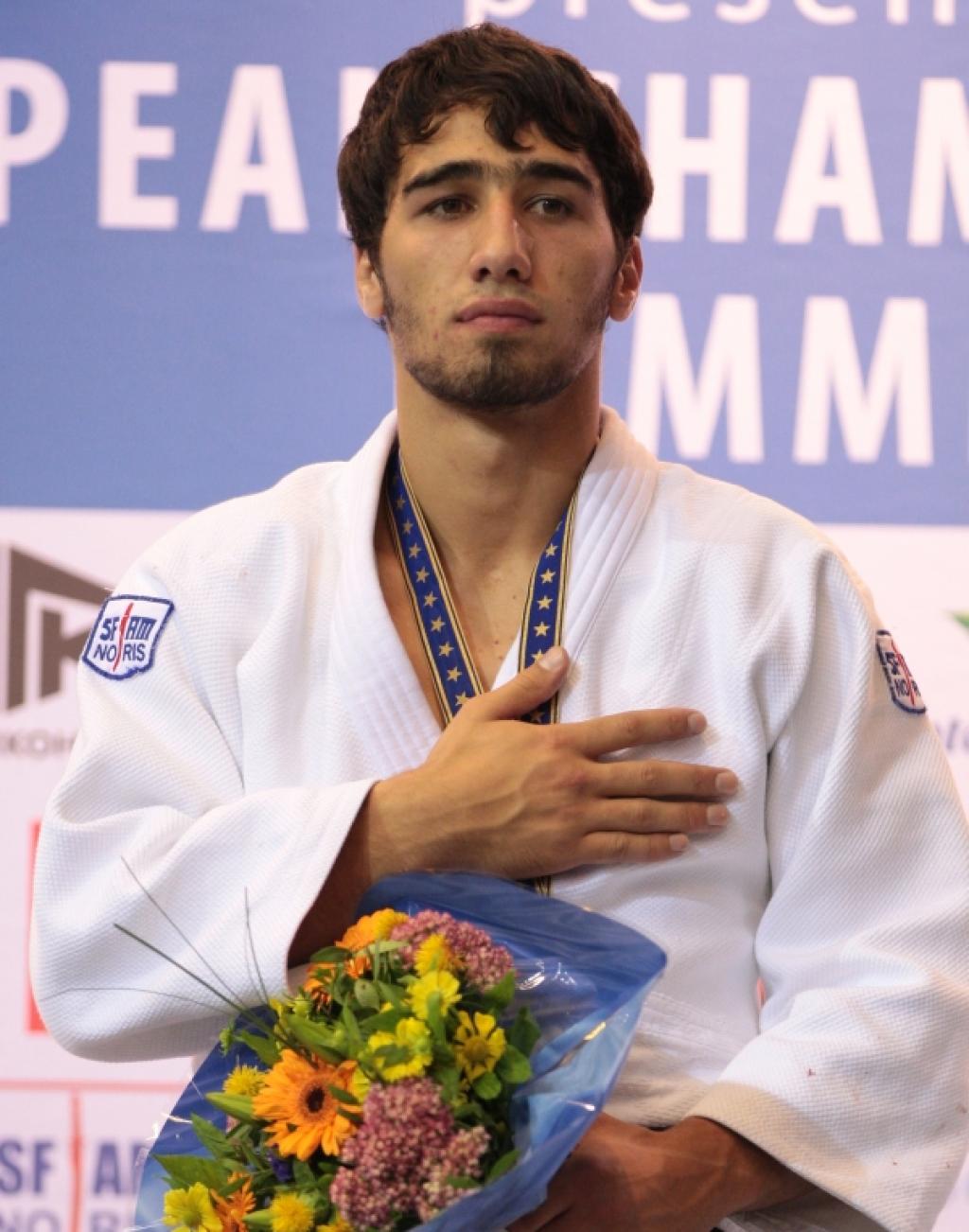 The final in the men’s U90kg category went to Russia. Khusen Khalmurzaev took the gold just like his brother Khasan did U81kg on Saturday. Earlier the brother Harutyunyan won the gold as brothers.
In the final there was no doubt that Khusen Khalmurzaev was the strongest. In the final against Peter Paltchik of Israel Khalmurzaev was surprised by a yuko of the Israelyan although the situation should have been a hansokumake for kata guruma. But the spirit of judo and the strong Khusen Khalmurzaev solved that problem by scoring a wazari and a little later followed by ippon.
The final position of Peter Paltchik was quite surprising. He defeated Jakub Zarzeczny in the semi final and Vitaly Kovtunov, who had won the European Cup in Cetniewo, in the quarter final.