KHYAR WINS OUT IN BATTLE OF THE BEST 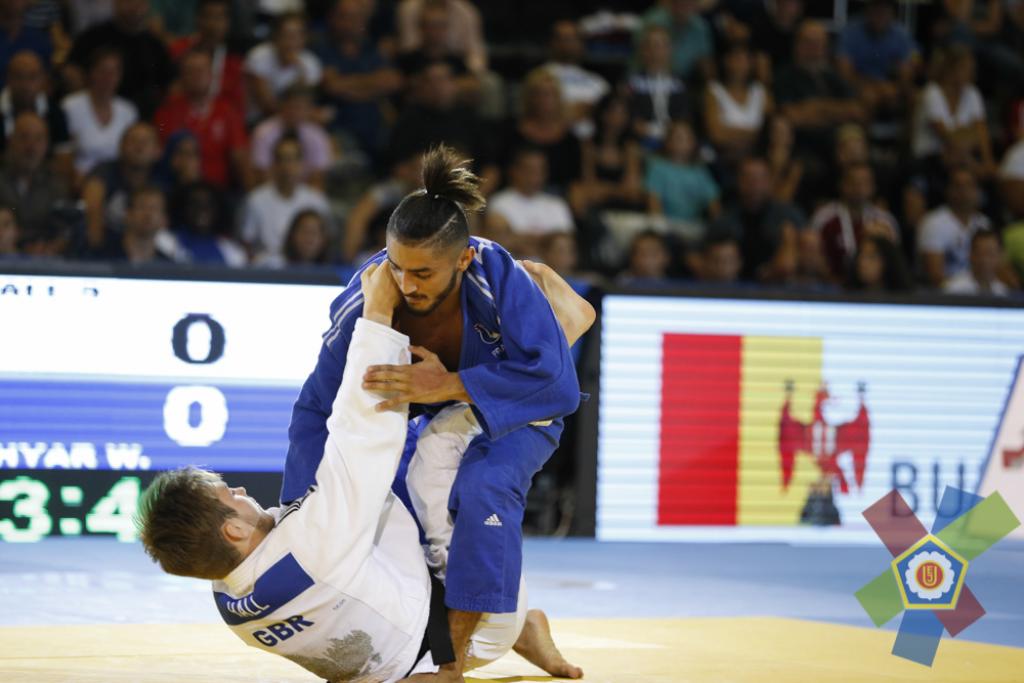 Of the top eight seeds in the -60kg category only two fighters managed to make it to the podium, but they happened to be the top two seeds. On the opening day of competition at the Junior European Championships in Oberwart, Austria, number one seed Sam HALL (GBR) was convincing as he made his way to the final where he came up against number two seed Walide KHYAR (FRA). The Frenchman had been equally impressive defeating on his way first Filip NURKIC (SRB), Marcel BIZON (GER) and, in the semi-final, Tornike NAGLIASHVILI (GEO) all by ippon.

Hall had been outclassed at the hands of Khyar a little over a month ago in the semi-final of the Junior European Cup in Berlin. But, if anyone could test the Frenchman it was Hall. Nevertheless, despite an improved performance here by Hall, Khyar’s skills were too good in an all-round display that confirmed his continued superiority.

“I am so happy with this win. I have been waiting for this tournament for so long and I was very focused running up to the event and now I won it. I am really pleased. The final was the hardest fight. Sam Hall is a good fighter and I knew it would not be an easy one. I was down by a shido at the beginning but then managed to pull it off and throw for ippon that was always my goal to do: to win the final by ippon.

The preparation for this competition was very hard. We spent a good deal of time with the number ones from the French national team, such as Loic Korval and David Larose. They are top players so it was hard for us but it all paid off today,” said Khyar.