Kim Jae-Bum has landed after 16 days of superiority 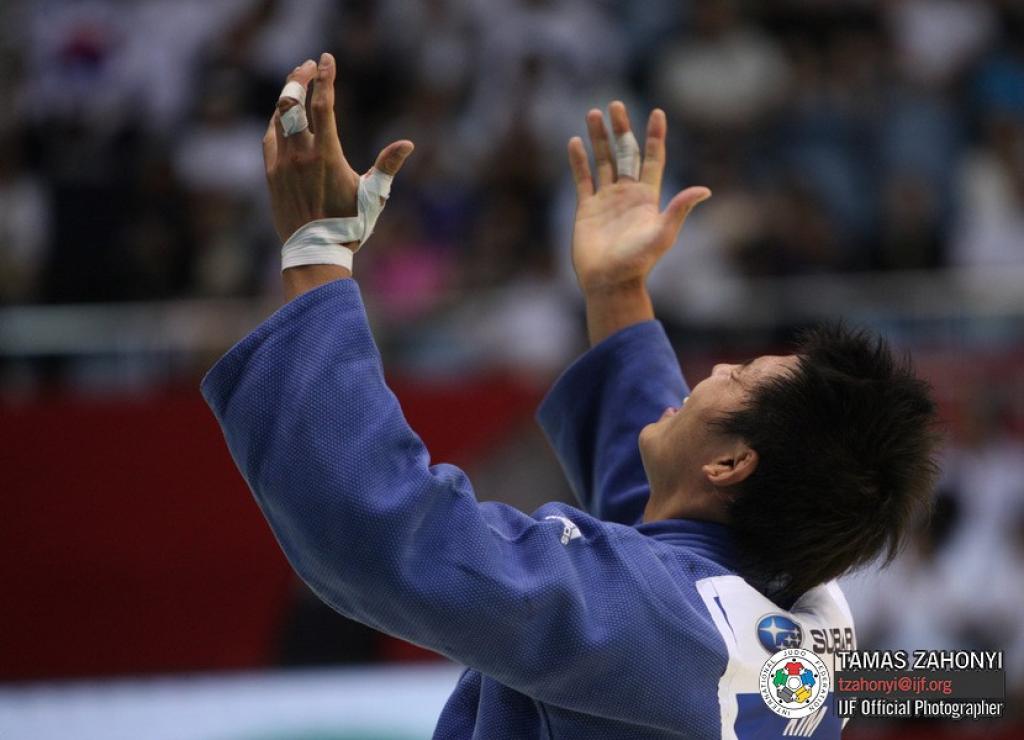 Fame is fleeting, fame is fast. World Champion Kim Jae-Bum has lost his first bout as reigning World Champion after 16 days. At the IJF World Cup in Almaty the Korean star lost to Murat Khabachirov (RUS) after 2.5 minutes by ippon. The 22-year old Russian won the World Cup in Almaty, Kazachstan, by his victory over Kim U81kg. He previously won a World Cup in Baku and finished third at the World Cup in Madrid this year. This category had the most participants of all weights, 19 in total, not comparable to the 79 warriors at the World Championships that motivates immediately. Once more prove of the beauty of judo. Staying there is tougher than getting there.
Yesterday Kamal Khan-Magomedov (RUS) won his second World Cup this year U66kg. He previously won in Cairo, but lost in the first rounds of the next two World Cups in Moscow (Grand Slam) and Ulaanbaatar. In this final he defeated former double World Champion Arash Miresmaeili from Iran who made his comeback. His last international match was the Beijing Olympic Games where he finished ninth.
The winners in Almaty came most over from former Soviet States like Kazachstan by wins of Timur Bolat U90kg and Maxim Rakov U100kg. Uzbekistan celebrated the victory of Navruz Jurakobilov U73kg and Russia won three categories in total.
On Saturday Mongolia’s Ganbat Boldbaatar defeated Evgeny Kudyakov (RUS) in the final U60kg.
In the heavyweight final on Sunday it was 21-year Renat Saidov (RUS) who defeated 23-year old Korean Kim Sung-Min. Saidov also won the European Cup in Orenburg this year. Saidov granted the third gold medal for Russia in Kazachstan.