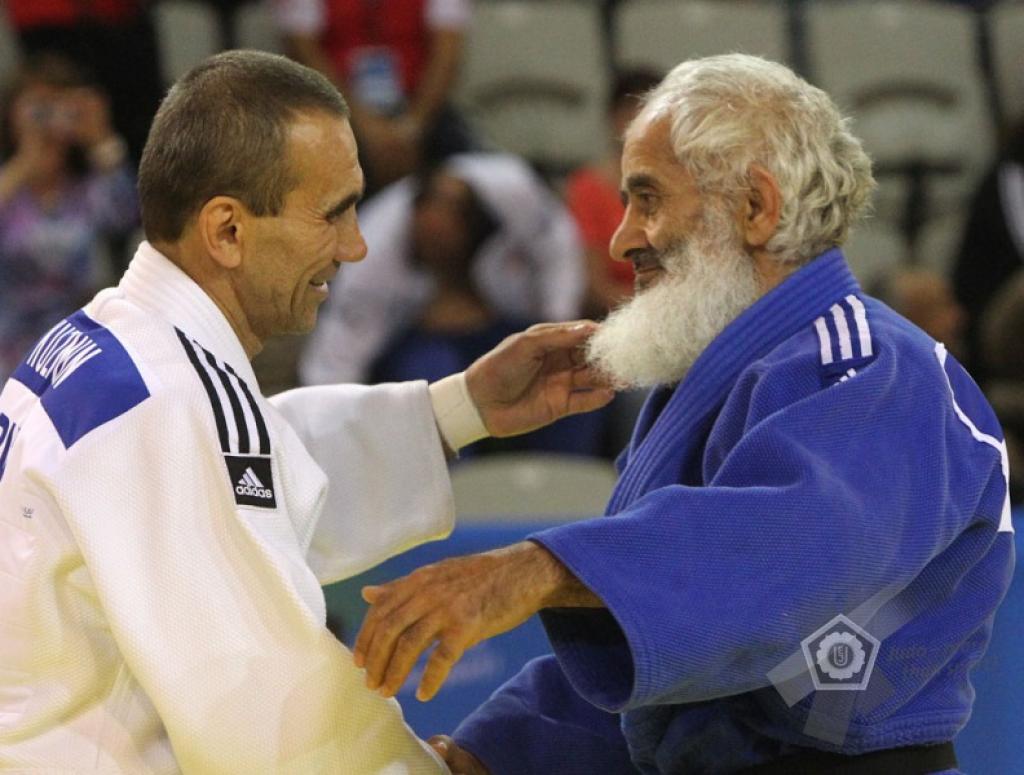 Today’s competition had more of a feel of a European championship, if only for the addition of the opening ceremony. The opening ceremony itself was an attractive and fun demonstration of judo techniques by children under the direction of former Czech international Jiri Vanek. Vanek now runs a successful operation bringing judo to schools in Prague where he has over 500 children involved in an after school programme. Jiri Vele, Head of the Grading Committee of the Czech Judo Federation, was presented with a special award for his long service and dedication to judo by EJU president Sergey Soloveychik.
With the awards out of the way it was time for Viorel Marinescu MDA to emulate his team-mate Mihail Malear of the opening day by taking a gold medal in a fine performance by the Moldavian heavyweight who came out on top despite the presence of a strong field. Marinescu collected three ippons and a waza-ari on his way to the gold medal defeating French, German and Russian opponents along the way. Alexander Konovalov was once again the class act at a European championship for veterans. He won the -81kg M3 age division with a show of style and clinical precision that saw his opponents wilting under his superior quality. He was again a pleasure to watch. With regard to the staging of the championships EJU vice-president Michal Vachun said that he was pleased with the way the Czech Judo Federation had responded to staging the event, particularly in light of the late change of venue from Donetsk to Prague. There is one more day of individual competition starting at 09:30 on Saturday.

You can follow all the action live on the EJU’s live stream.

The full list of results is available by clicking on the following link:
http://www.ippon.org/ec_vet2014.php