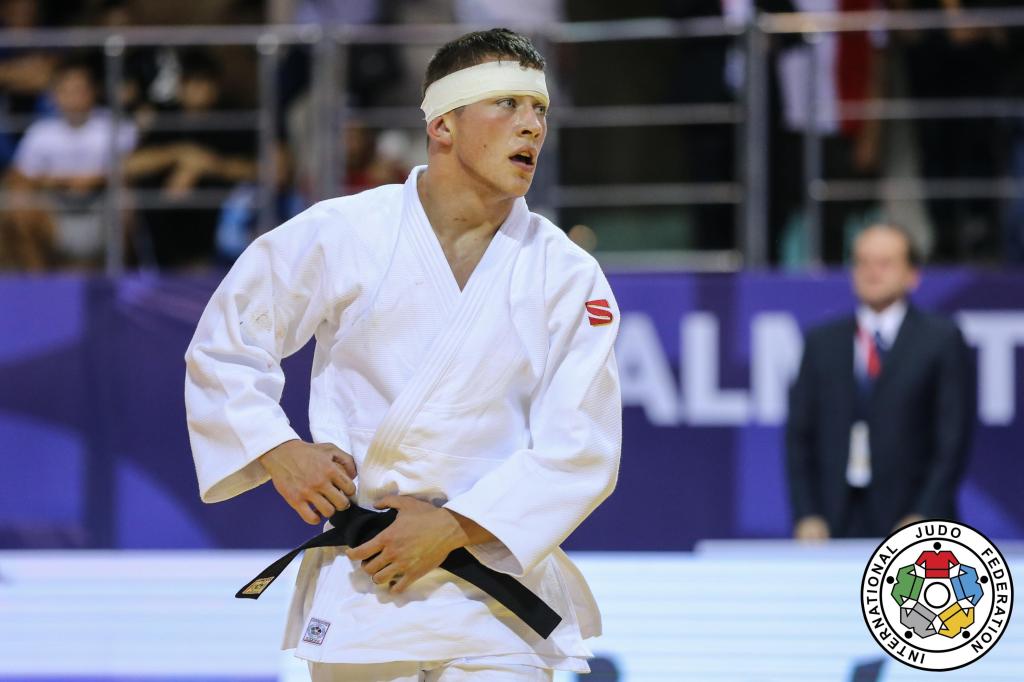 The third day of the Cadet World Championships being staged in Almaty, Kazakhstan saw Adam KOPECKY (CZE) take the gold medal in the -73kg category. In a polished and mature display Kopecky justified his being seeded number one with ippon wins in all five of his contests. In the preliminaries, after a first-round bye, Kopecky defeated first Jean Claude HAKIZIMANA (BDI), Dan STANILA (MDA) and Adam TSECHOEV (RUS).

The semi-final was against Luigi CENTRACCHIO (ITA), a repeat of the Cadet European Championships of three months earlier when Kopecky had defeated the young Italian. There was no question of this pair taking time to get to know one another and they were exchanging attacks immediately upon the call of hajime. A clash of heads led to both athletes having to leave the tatami momentarily to have their heads bandaged. Upon their return the two warriors engaged in battle once more. It was Centracchio who scored first with a low left sided ippon seoi nage to give the Italian the lead by waza ari. Not to be outdone, Kopecky bounced back with a stunning de ashi barai that levelled the scores and saw Kopecky upon landing immediately applying kesa gatame from which Centracchio submitted.

In the final Kopecky faced Musa SIMSEK (TUR). Kopecky was unstoppable and very quickly took control of the ne waza exchanges, the second of which led to Kopecky securing osae komi with kata gatame. Simsek, in an effort to escape, ended up in a shime waza the effects of which left the young Turk momentarily unconscious. Simsek was back up on his feet within a couple of seconds but it was an illustration of the prowess and speed of the application of Kopecky’s ne waza, and stark confirmation that the gold medal had gone to the Czech Athlete. Kopecky conceded only a single score and picked up a single shido in what may prove to be the first of many successful days in his judo career but one that he is unlikely ever to forget.