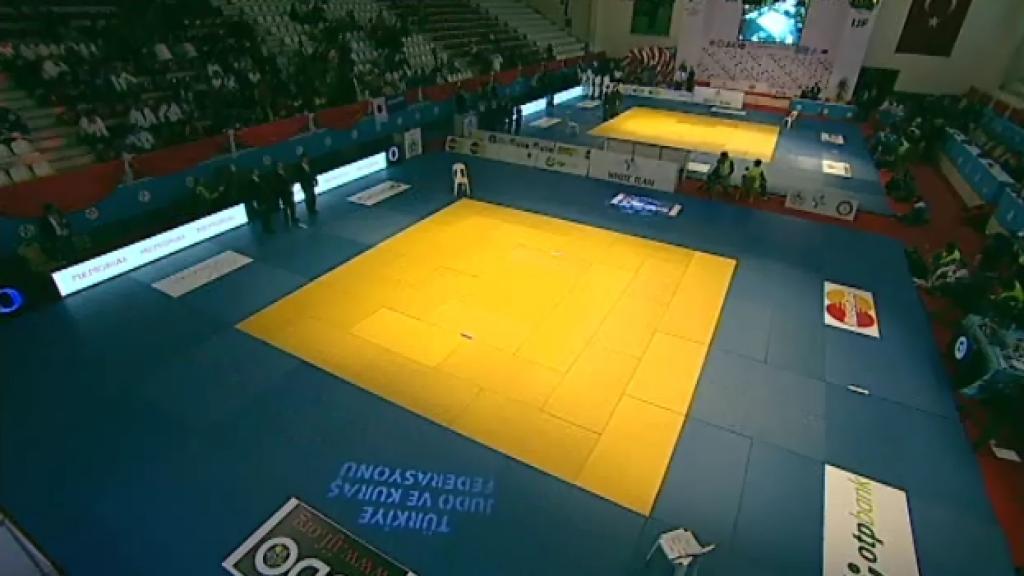 Korea and Russia have won the bronze medal at the World Team Championships in Antalya.
Turkey defeated Mongolia in their first match but lost to Brazil in the semi final. Russia lost to Japan but took revenge on Georgia, the title defenders of last year.

For a short time Turkey was leading the match but in the end Turkey was left with empty hands, but with all joy of the crowd. Turkey gave the present spectators quite some entertainment and lit the hall on fire when Turkey led by 2-0 due to the two wins by Mehmet Durmaz U66kg and Sezer Huysuz U73kg. But Murat Khabachirov, Kirill Voprosov and Dmitriy Sterkhov made the difference for Russia to take the bronze medal, just like the last edition in 2008.

Korea had beaten Georgia, but lost to Japan and fought France or the bronze.
Korea won the second bronze medal fight. Cho and Bang won both their matches and French Axel Clerget had to defend the position of France against Suk-Woong Hong and did well in just one minute. Antoine Jeanin could prevent Korea to win bronze in his match against Young-Woo Kwon, last year’s winner of the Korean Open. But Kwon scored a yuko and took the match and bronze for Korea. The third ever bronze medal for Korea.
Japan, Brazil and Korea were also on the podium in 2007 in Beijing. China then completed the quartet, this time Russia.