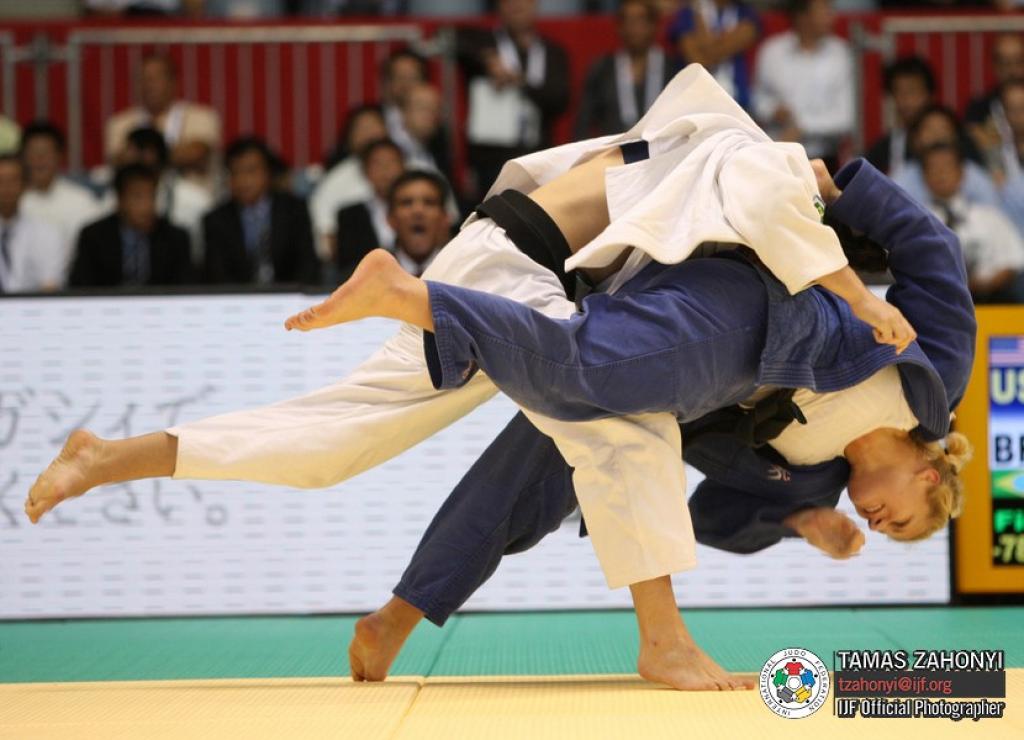 At the IJF women’s World Cup in Tashkent in Uzbekistan Korea and Ukraine took most of the medals. On Saturday Korea already two gold medals in the category U52 and U57kg. Host nations Uzbekistan lost both these finals.
Kim Kyung-Ok won her first World Cup gold medal U52kg after she had won eight medals, but never the gold.
In the category U48 it was a complete Mongolian final where Munkhbat Urantsetseg won the title.
Japan won the U63kg class, not by World Champion Ueno but Ikumi Tanimoto, Japans number three in this category won the World Cup defeating the experience Kong Ja-Young of Korea in the final.

Today it was all about the Ukrainian women. 70kg Nataliya Smal overcame her compatriot Tetyana Savenko in the final. It was Smal’s first World Cup gold medal after, her eight World Cup medal in her career.

In the category U78kg Anastasia Matrosova won bronze. She lost to Jeong Gyeong-Mi (KOR) who defeated world champion Kayla Harrison (USA) in the final. Korea however won another gold medal when Kim Na-Young took the gold in the women’s heavyweight final against Zarina Abdrassulova (KAZ). Ukraine won another two bronze medals in the division.