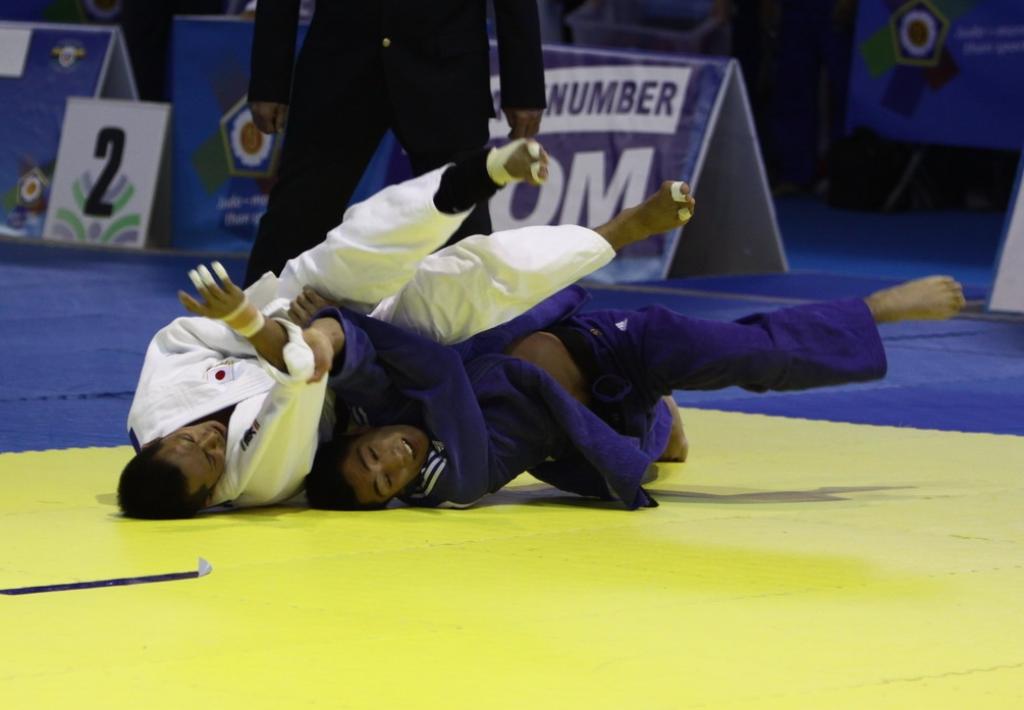 Korea claimed two out of three gold medals of the first day of competition in at the World Cup of Rome that took place in PalaFIJLKAM in Ostia. Brazil however took the first gold of the day by Brazilian Felipe Kitadai U60kg.
Kitadai defeated Kim Won-Jin (KOR) in the final. Breno Alves (-60 kg) stepped on the podium for Brasil winning bronze as well as Pavel Petrikov on behalf of the Czech Republic.
Triple Olympic Champion Tadahiro Nomura (JPN) was one of the great attractions in advance. The 35-year old superstar won his first fight against Hwang Tae-Won (see picture) but lost to the later winner Felipe Kitadai.

Gold for Korea was collected by Cho Jun-Ho U66 kg. French medals came both from the 66 kg category, with Pierre Duprat who won the silver and Dmitri Dragin, winning bronze.

In the category U73kg Korea won the second gold medal by Bang Gui-Man who defeated Bruno Mendonca (BRA) in the final.