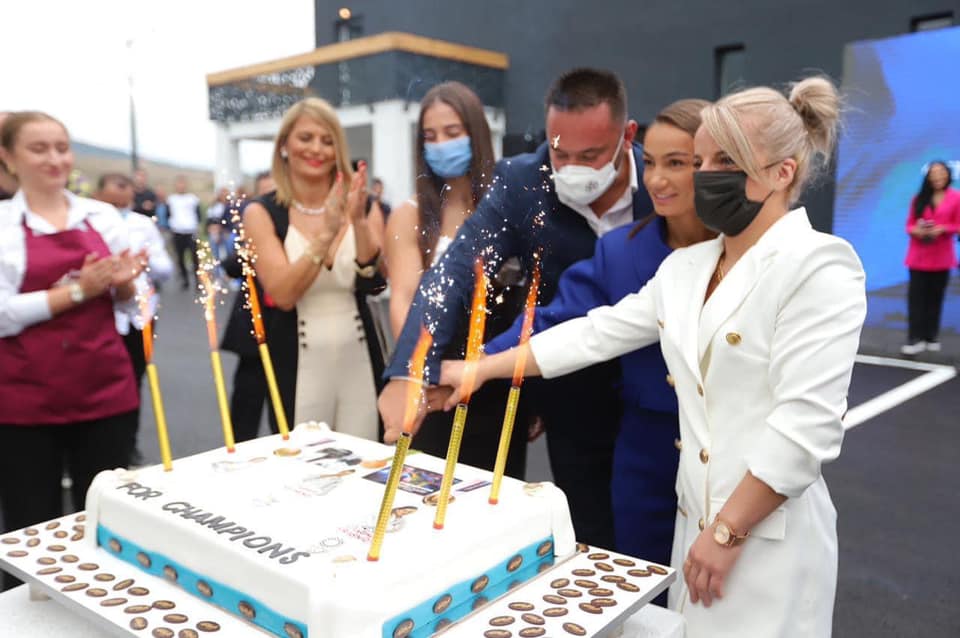 Today, on the 28th of September 2021, the brand new National Judo Centrer in Peja was officially honoured by an array of figure heads and special guests.

Marking this inauguration was the President Mrs. Vjosa Osmani, the Prime Minister Mr. Albin Kurti, as well as the President of the International Judo Federation Mr. Marius Vizer, the Mayor of Peja Mr. Gazmend Muhxaheri, the Minister for Culture, Youth and Sports Mr. Hajrulla Çeku, President of the Olympic Committee Mr. Ismet Krasniqi, and Secretary General of the Olympic Committee Mr. Besim Aliti.

Both Distria Krasniqi and Nora Gjakova, 2021 Olympic Champions, were decorated with the ‘Honor of the Nation’ award by the President Mrs. Vjosa Omsani, Krasniqi also received the Presidential Medal. 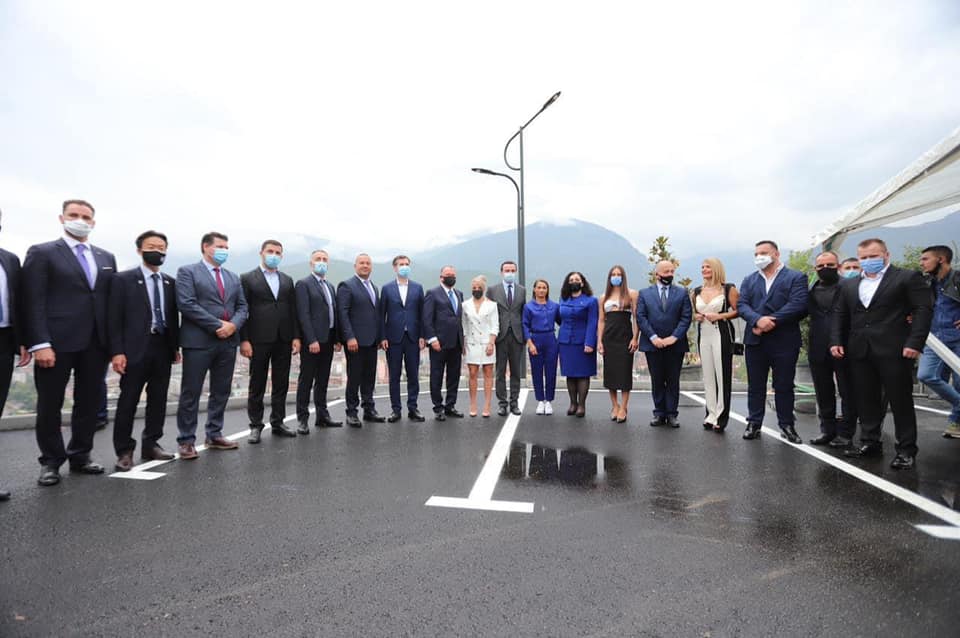 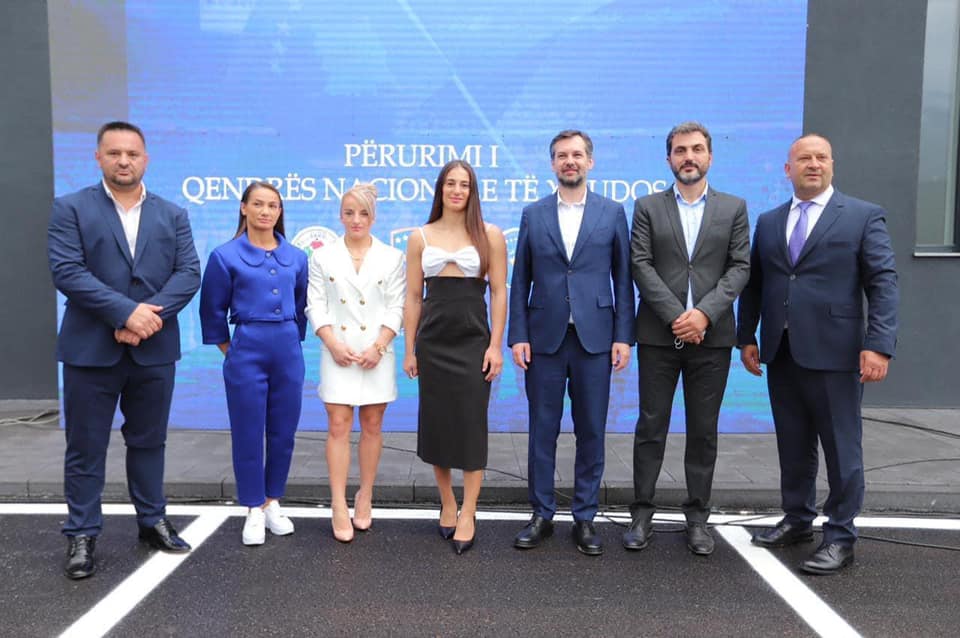 The President of the International Judo Federation Mr. Marius Vizer awarded Kosovo’s three Olympic gold medallists, Majlinda Kelmendi, Krasniqi and Gjakova, with the statue of the founder of judo Jigoro Kano. There was also recognition for President of Kosovo Judo, Agron Kuka and the Head coach of Kosovo, Driton Kuka. The brothers were given gold medals from the IJF, the highest recognition.

“It is our great honour to be here in Kosovo to inaugurate personally this National Judo Center, a clear milestone that reinforces Kosovo’s Judo success and promotes its development. Kosovo, has strived with little support and the strength of a strong heart and determination to win 2 Olympic Gold Medals at the Tokyo Olympic Games. With special appreciation and congratulations to the Kuka brothers and the 3 Olympic Champions from Kosovo for their passion, dedication and commitment to the development of Judo. We look forward now to watching the continued growth and success of Judo in Kosovo.”

This not only marks a celebration for the incredible success that Kosovo have already achieved but is a sign for the future development and investment that will be made in the coming generations. On top of their stellar achievements in the Olympic Games which was unpredicted from such a small country, but they were also the most successful in the European Championships 2021. 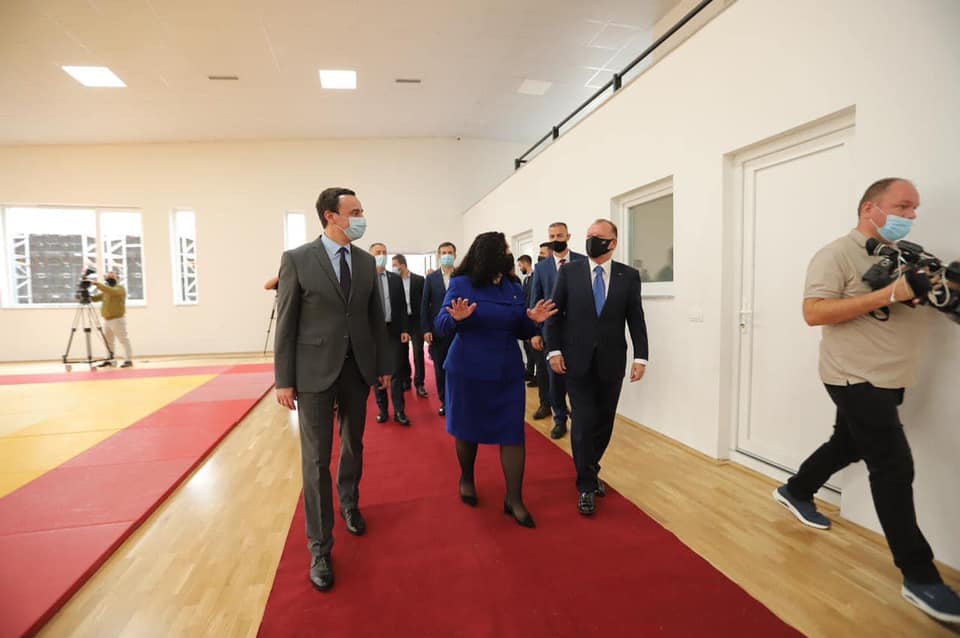 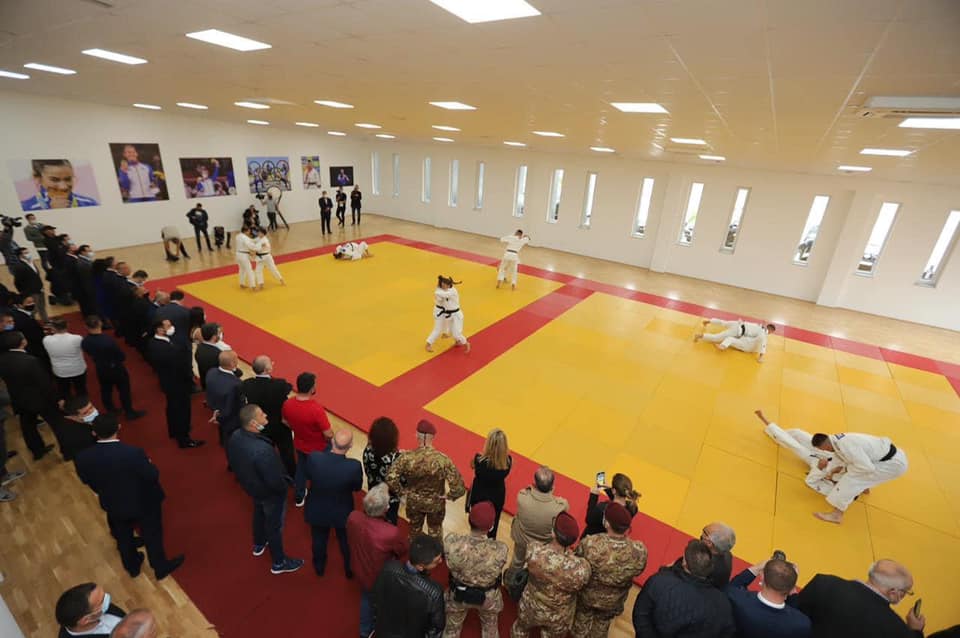 Head coach Driton is immensely proud of this occasion, telling us,

We had two great moments today, one was the inauguration of the National Judo Centre in our city and also the road which was purpose-built for access to the new centre is now in the name of President Marius Vizer. We are happy to have our house of judo in Kosovo and hope to have more and more medals in the future. It was also a great honour for me and the President of our federation to receive Gold IJF Medals from President Vizer.

We have little doubt that there will be more success for Kosovo in the future, even in the last week they took a bronze medal in the Zagreb Grand Prix with Laura Fazliu, a promising young athlete. We at the EJU wish the federation great success in the future and congratulations on the opening of their incredible National Judo Centre.