Krpalek resists the pressure and claims European U23 title 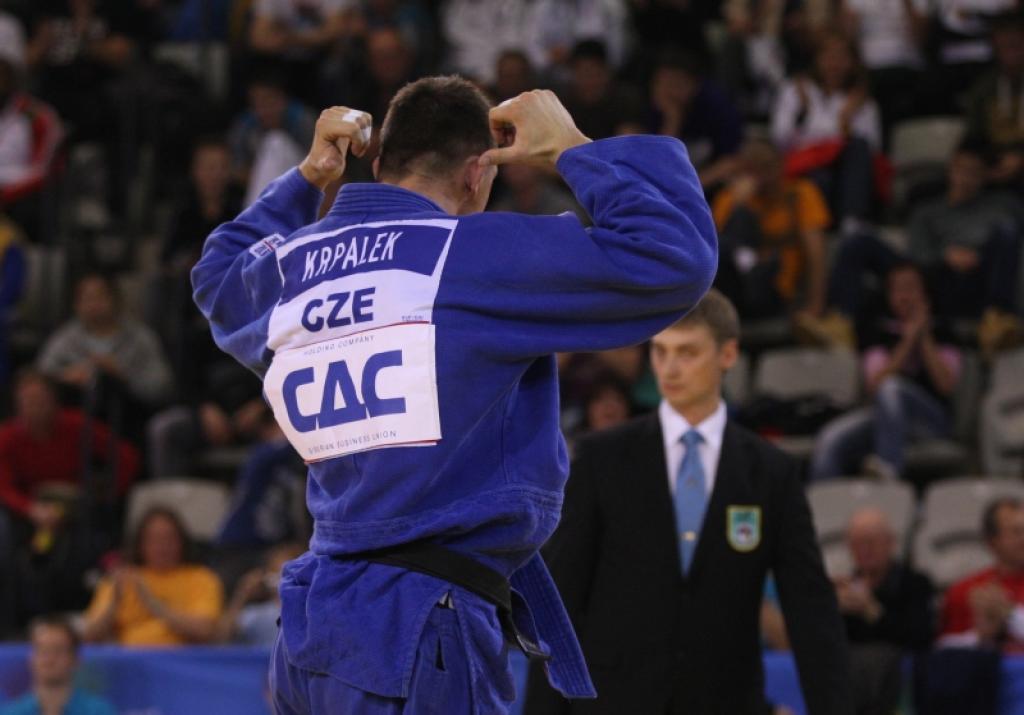 Big cheers for the undisputed favourite in advance of each match of Lukas Krpalek. The Czech star judoka did what he had to do and claimed the first ever European U23 title. In his own house surrounded by many fans and a huge wall with his picture, he had to deal with the expectations. But he never gave the impression not to win HIS title. His brother Michal already won the bronze medal last year, now it was his time. Never he competed at this championships due to injuries of the World Junior Championships that he gave priority to. He won the Junior world title twice and the European Junior title in 2008.

In the final he was able to defeat Tomasz Domanski of Poland although it wasn’t as simple as expected. The Polish fighter was also last year’s finalist and gave a good match for two minutes. Despite the pressure of Krpalek executed on the shoulders and back of Domanski he could stand. But halfway the match Krpalek landed on the ground and only had to release the legs. He succeeded and with a lot of cheering from the stands he celebrated the title for twenty seconds on the ground.
The public give him a standing ovation for Krpalek who is the successor of Pavel Petrikov Jr. who won the title in 2008 U60kg.

The bronze was won by Dmytro Luchyn. In his match against Latvian Arturs Nikiforenko he lead by yuko due to a penalty and scored one himself halfway the match. A penalty for Luchyn didn’t make a difference and he took the bronze for the Ukraine.
Nikiforenko had a good tournament and was the only one who led in a match against Lukas Krpalek. Also Toma Nikiforov (BEL) vs Krpalek was a great match but Krpalek gave Nikiforov no chance.

Karl Richard Frey won a bronze medal for Germany in his match against Domenico Di Guida (ITA).
Di Guida is the European Junior Champion of last year but couldn’t prolong his bronze medal of last year in Tyumen the U23 Championships.
The national anthem of the Czech Republic may have been expected but it sounded like a clock. Krpalek was proud to take his first title in a successful year. At the Olympic Games he defeated Takamasa Anai lost later in the tournament and finished seventh, but in Prague he won the World Cup, the European Cup and now the European U23 title.