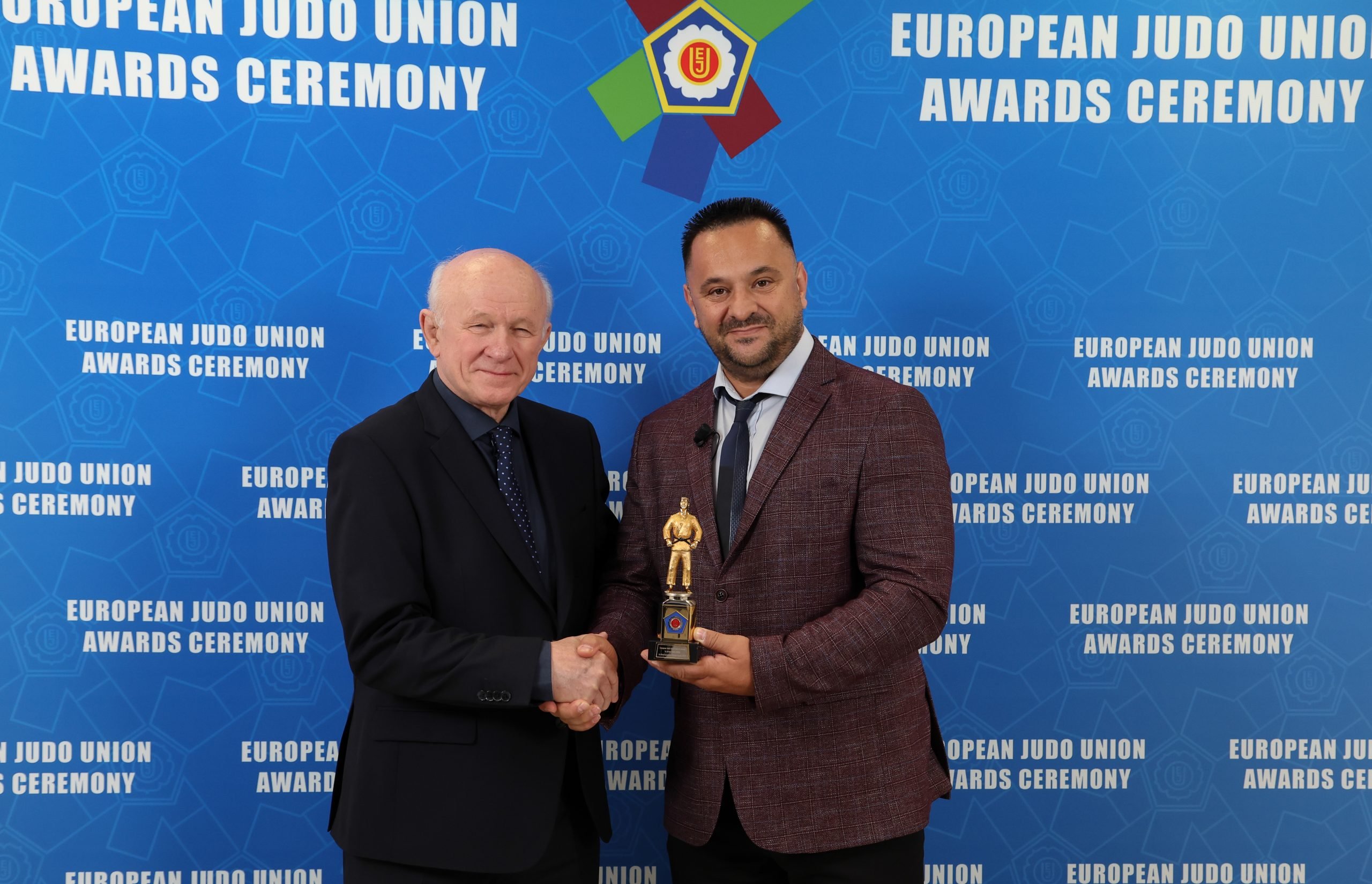 Driton ‘Toni’ Kuka is already an established coach and has received much recognition for his achievements with Team Kosovo, and in 2021 was awarded by the IJF, by public nomination, the Coaching Achievement Award following a further two Olympic champions from Tokyo. During the senior European championships in Sofia 2022, where Kosovo left with a silver and bronze, he was awarded the 2021 Female Coach Award. 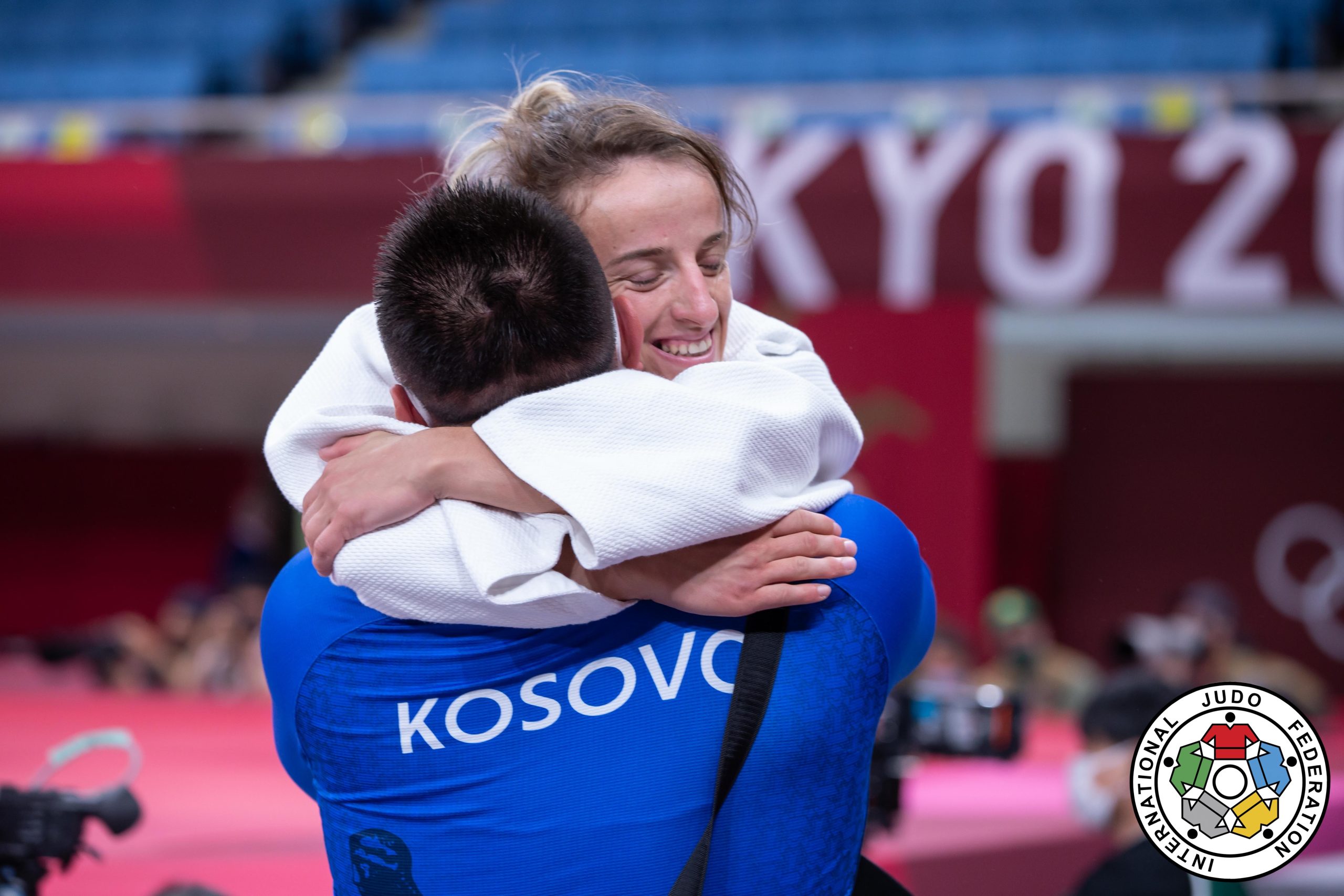 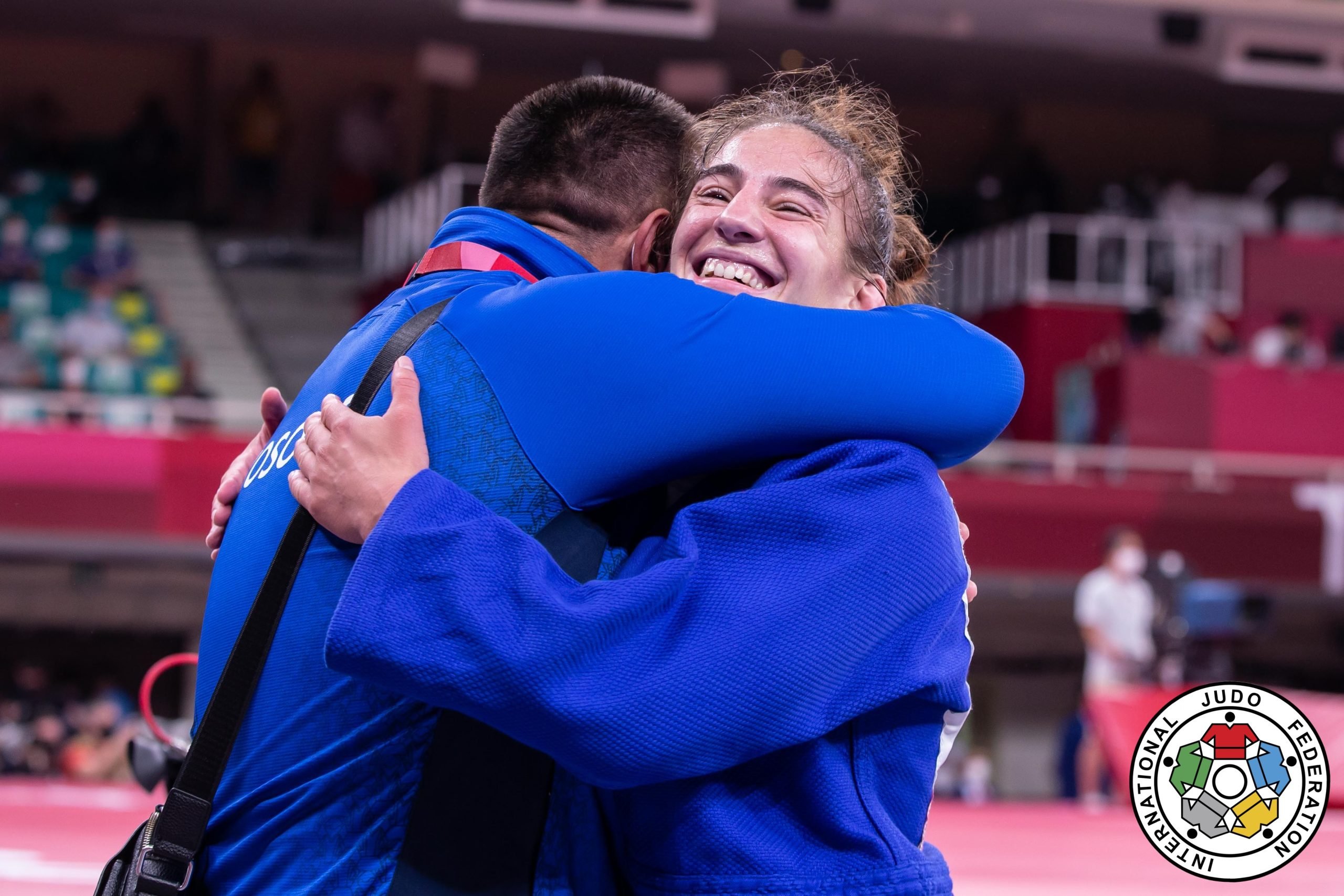 During the senior European championships in Sofia, where Kosovo left with a silver and bronze, he was awarded the 2021 Female Coach Award.

This is the only achievement I didn’t have in my career as a coach so I hope in the future to have more results for Kosovo.

He mentioned that although this is for the women, he hopes in the future that it will also be for the achievements and efforts of the mens team. With him in Sofia were government ministers from Kosovo, a perfect opportunity for those involved in the government project ‘Kosovo Judo Nation’, to see exactly how important this work is. The EJU were fortunate enough to work closely with Kuka as well as the three Olympic champions; Majlinda KELMENDI (2016), Distria KRASNIQI (2021) and Nora GJAKOVA (2021) following the Olympic Games in Tokyo. This resulted in an in-depth, two-part interview with Kuka regarding his history in the sport and coaching philosophies. Krasniqi believes Kuka is well deserving of this award.

I’m proud to be his student, and I think he deserved this award because for me he’s the best coach in the world.

I think even before the Olympics in Tokyo, he showed that he’s a great coach, because he managed to make world champions, European champions and already one gold medal from the Olympics, only from one small country, better to say from a small club. But of course taking two gold medals from the Olympics proves even more that he’s the best coach and he really deserves this award.