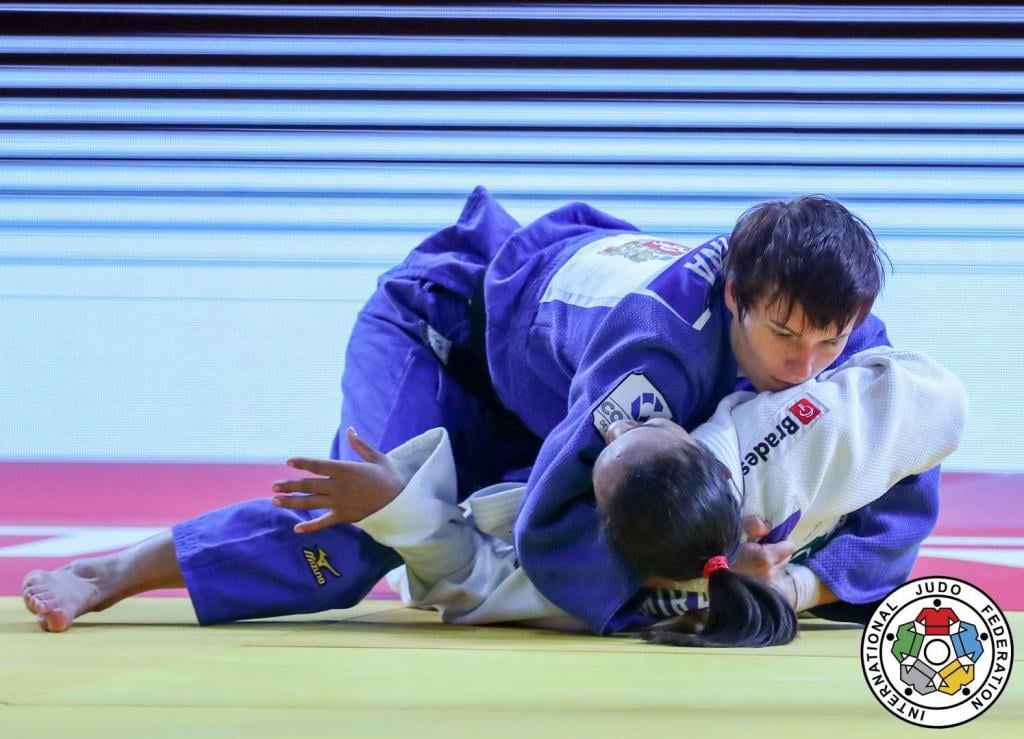 Host nation Russia struck gold on the opening day of the Ekaterinburg Grand Slam. The honor of triggering Russian celebrations fell to long-term favorite Natalia KUZIUTINA who continued her fine form by topping the -52kg category, the first time that the 28-year old has managed to take gold in an IJF Judo World Tour event in front of her home fans. 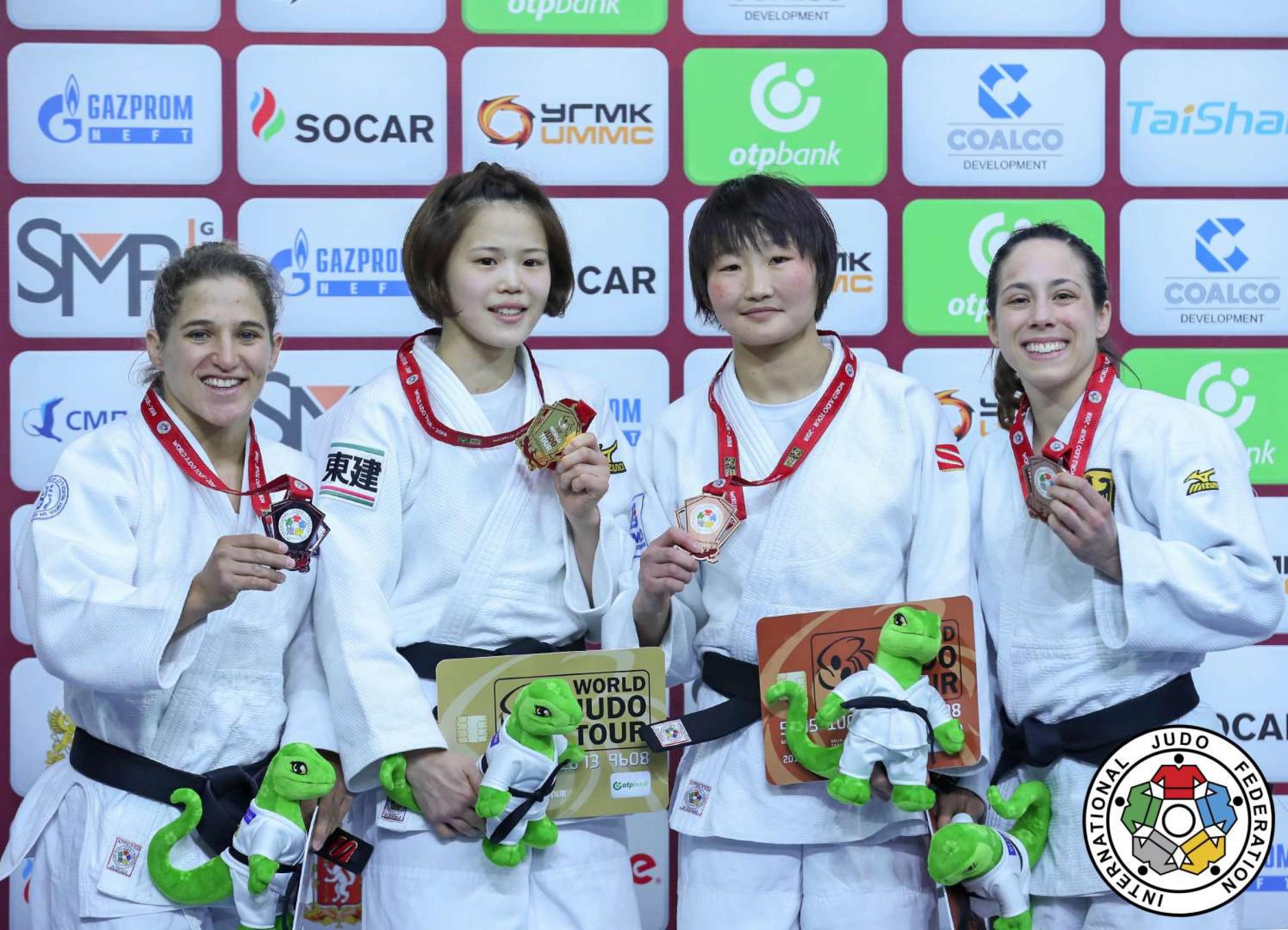 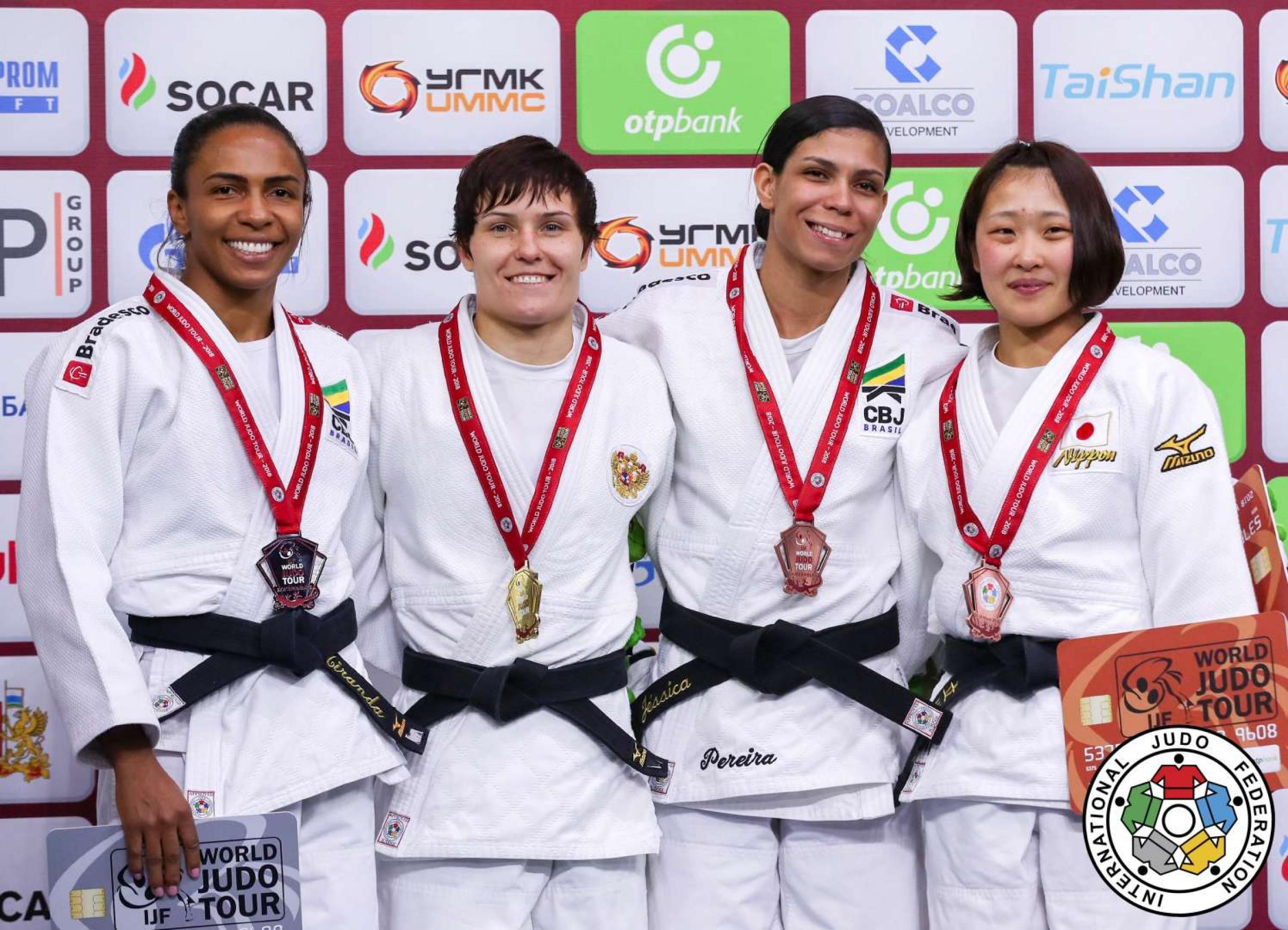 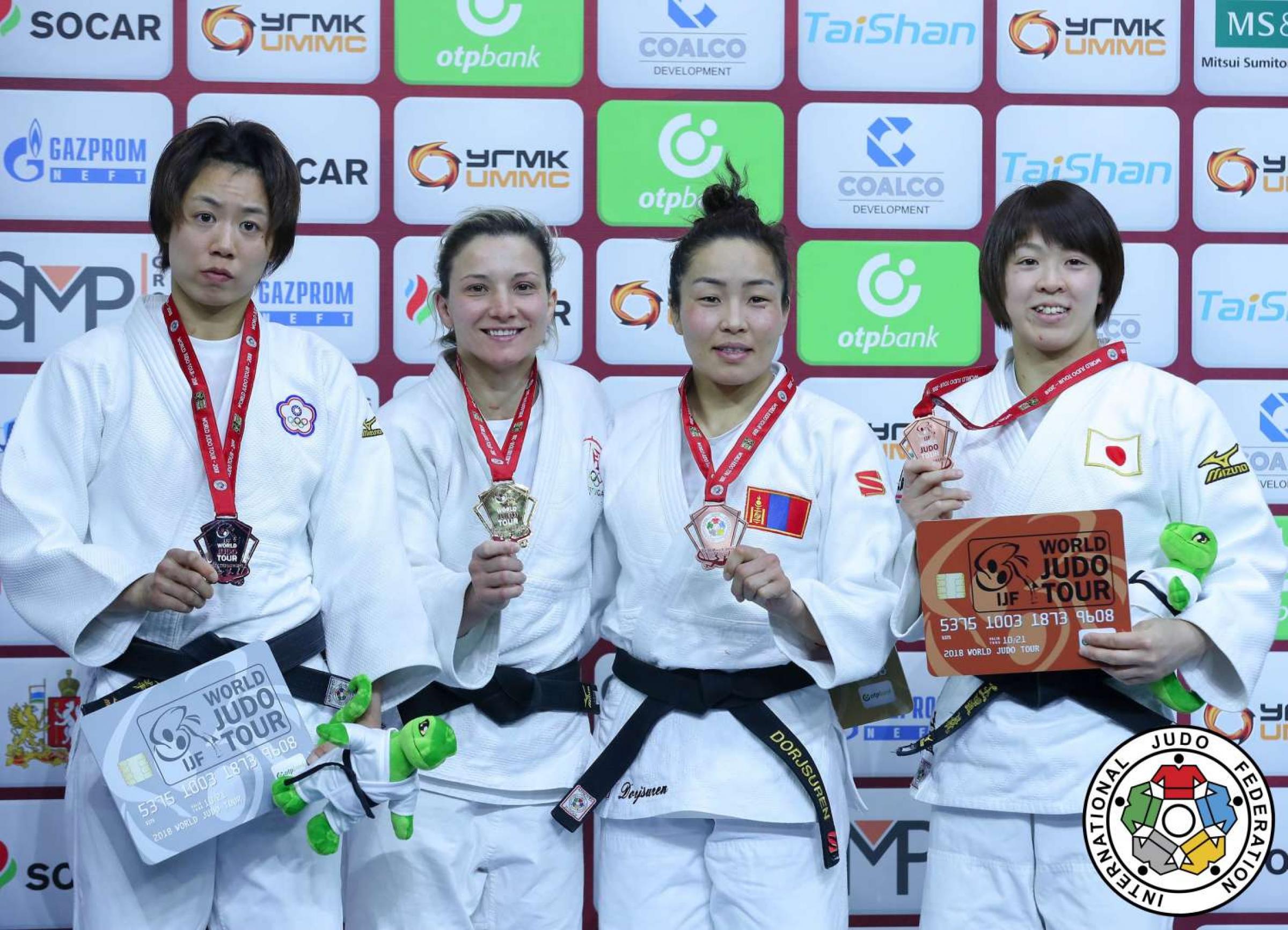 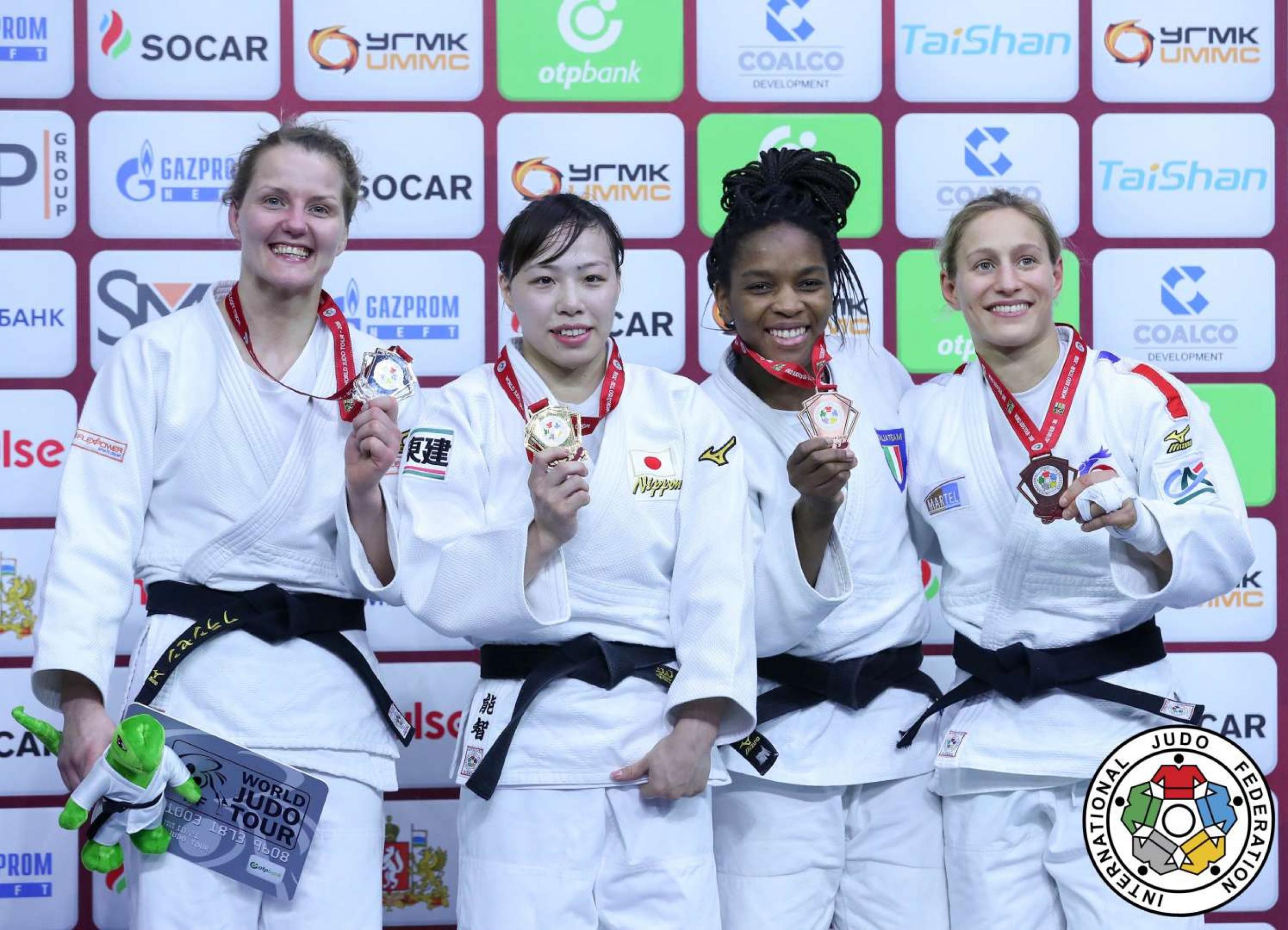 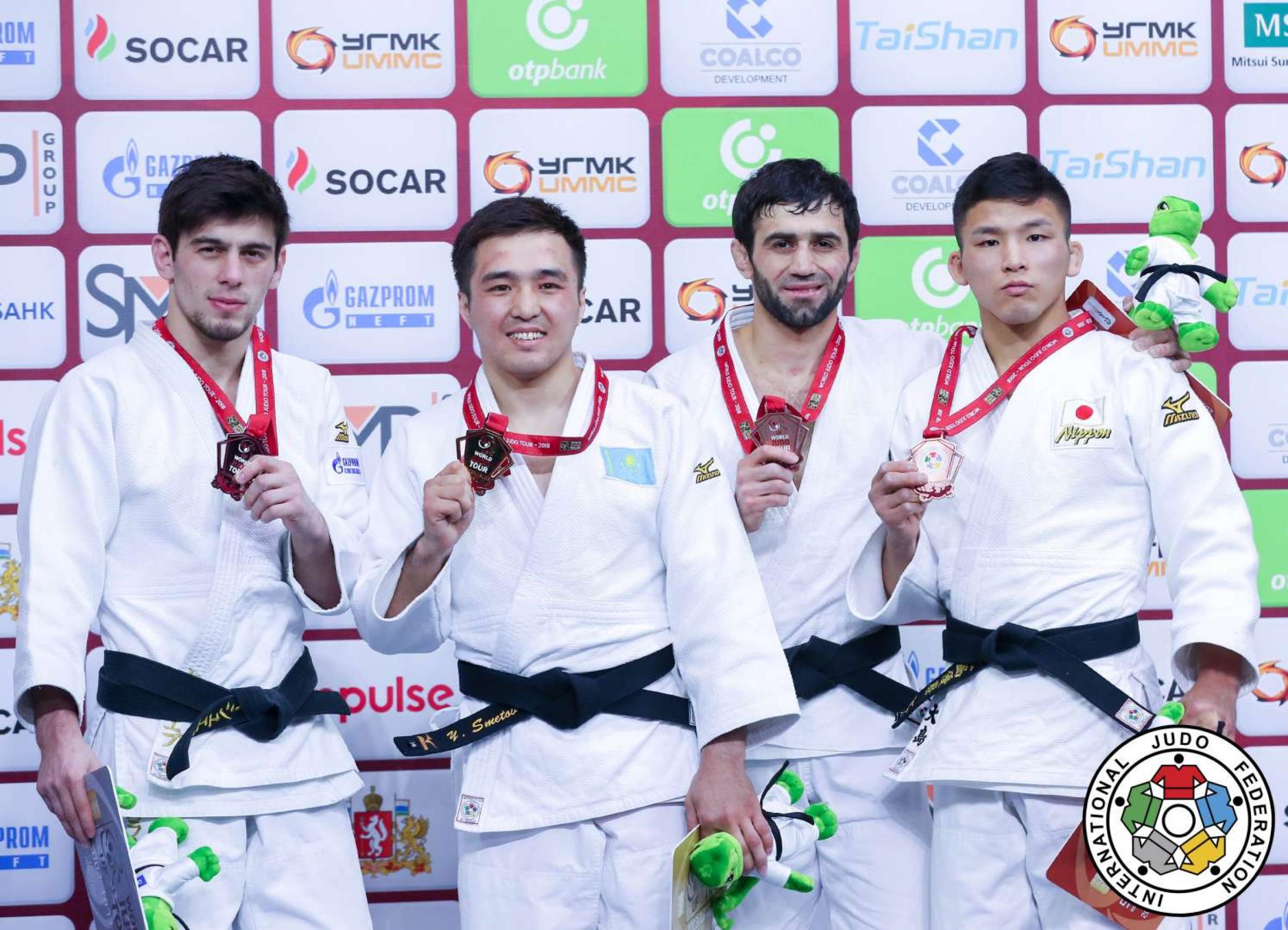 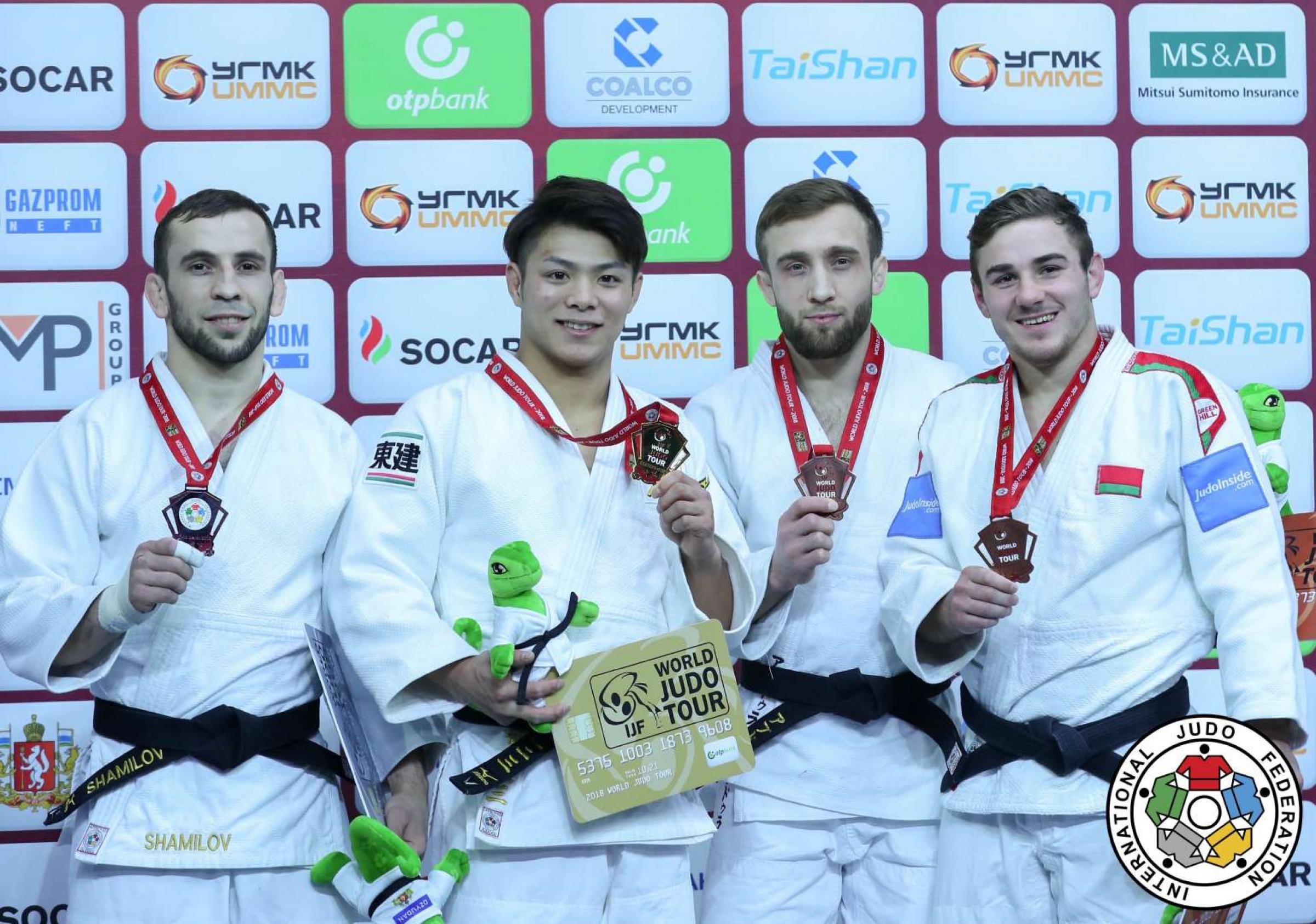 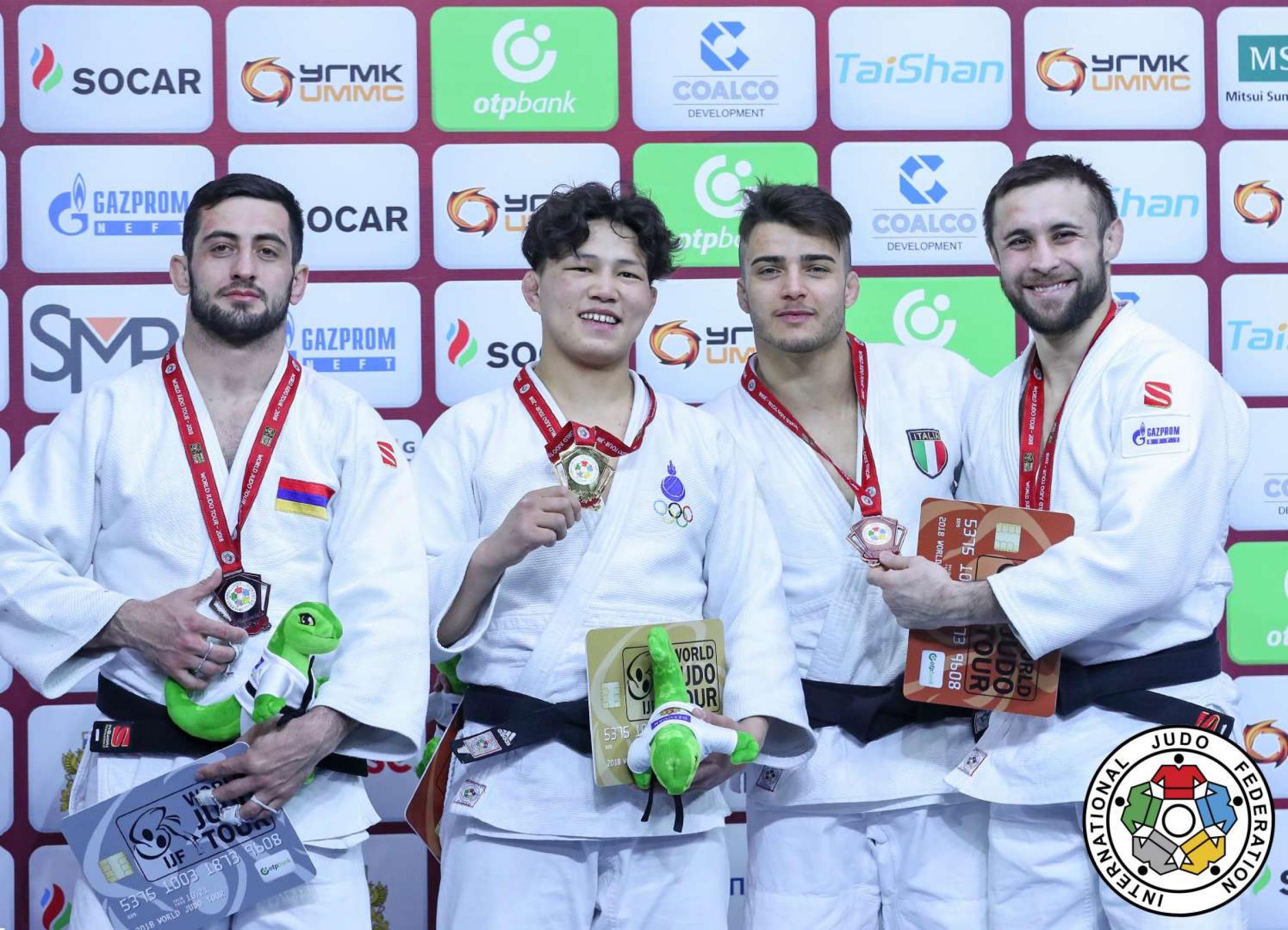 Starting the day seeded number two Kuziutina was destined to meet number one seed Erika MIRANDA (BRA) in the final, but not before she had negotiated her way past first Daria SKRYPNIK (BLR) and Alexander FLORIAN (ROU). Come the final it was indeed a head-to-head between the number one and two seeds, and it was not the first meeting. In fact, the pair had met on four previous occasions with the wins being split evenly two to two. What was probably most irritating for Kuziutina was the loss she suffered the last time the pair met, which was in Ekaterinburg in 2017. This time, however, Kuziutina was determined that there would be no repeat of 2017. Playing safe in an uneventful first half, Kuziutina then connected with a left sided ippon seoi nage for waza ari then followed up in ne waza with her favorite tate shio gatame and the gold medal.

When asked about her preparation for today’s event Kuziutina said:

“Of course I prepared with the prospect of facing the Brazilian (Miranda) again, but also with the memory of having lost to her last year. It was important to defeat this rival. I had a clear goal for this rival. Sometimes they say that you come to competitions for the sake of one fight, and it is possible that I came really only wanting to be in the final with the Brazilian. In that case it was a pre-determined meeting.”

Kuziutina went on to describe the feeling of competing in front of a home crowd:

“I’m very glad that I pleased the fans, because I probably will never have such support as I experienced in Yekaterinburg. I was ready for the fight and we have met repeatedly met. I know how to deal with it [pressure] and it worked out. It is very difficult to fight at home, it’s a big responsibility, but today I was able to cope with it.”