LA MARSEILLAISE - ANTHEM OF THE DAY 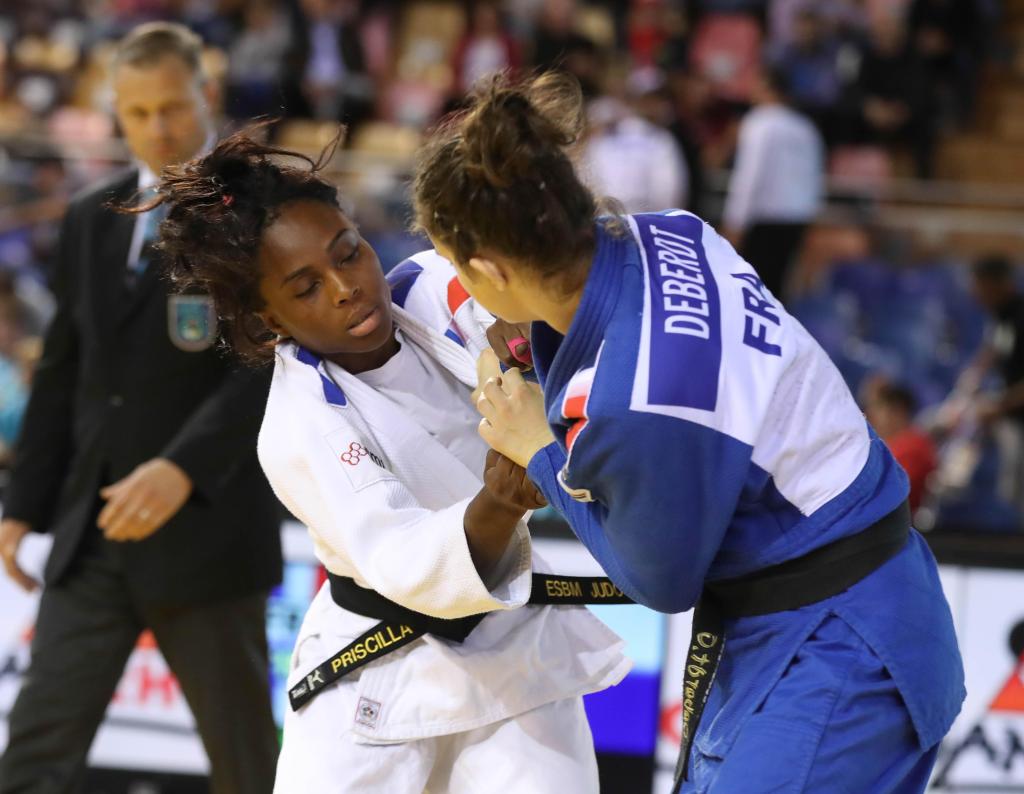 The first day of the European Judo Open 2019 in Luxembourg ended with unbelievable 7 gold medals for France. France is leading the medal table, followed by Germany and Spain.

Nevertheless, the story of the day will centre the 2017 European Champion, Priscilla GNETO of France, who won her first medal of this year which happened to be gold. The French judo star claimed the victory at the -57kg.

Finally the victory was my minimal goal. I am happy because the preparation was difficult. We tried a new way of training and this gold medal is showing that it was successful.

Her sister Astride GNETO won gold at the -52kg category. The two golden sisters are still in the Olympic trials for the Tokyo Olympic Games in 2020. Both easily became winners of their categories in the modern D’Coque Sports venue by showing exceptional physical and mental skills, especially against their French team mates.

Priscilla Gneto began her day as top seeded which allowed her to rest-off the first round. On route to victory, she had altogether four contests and won all of them by ippon. Only in the final against her teammate Gaetanein DEBERDT she had to go over the full time and won by waza ari in the end.

The final match was definitely not easy, because she is a very strong fighter. So I am very satisfied and also motivated. The medal is a positive signal for the upcoming challenges.

The last years were not easy for the 2017 European Champion. In the summer 2018 Priscilla broke her cruciate ligaments and then she was out for a while. The 28 year old French athlete competed again at the Mediterranean Games, where she won the bronze medal.

Unfortunately at the World Championships 2018 physically I was not 100% fit. I think my comeback was too fast. I had to compete and to recover, again and again. My body couldn’t handle it.

The last medal she won was bronze at the Hague Grand Prix in November 2018. After this year wasn’t crowned with success and after her loss in the 2nd round of the European Games in Minsk she changed her training and started to work on her physical fitness to feel better on the tatami.

It is never good when you are physically and mentally in a bad condition, especially against strong competitors. The new training helped me a lot and it came at the right time.

Ranked as #42 in the world, Priscilla Gneto still has Tokyo 2020 as her big goal to reach.

I have never lost my motivation for the Olympic Games. It is one thing to dream about it and another to work on it that this dream come true. Today I did the first step and I showed everybody that I am on the right way.

Tomorrow, the tournament will begin at 11:00am local time. Watch all the actions live online via eju.net.