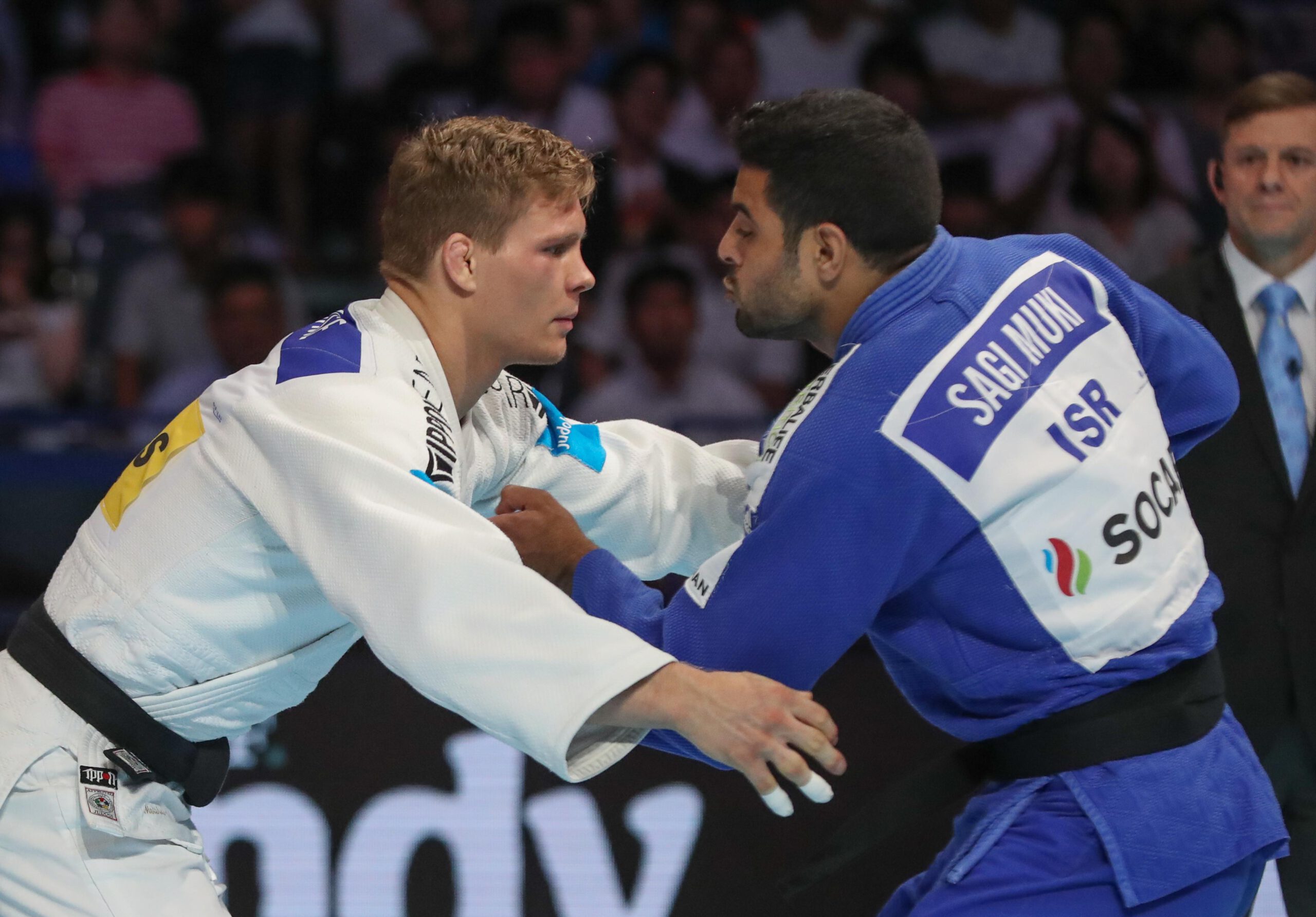 For all but one, the task of coming out on top will as ever prove elusive. The number of quality athletes entered in the -81kg category is overwhelming. Beginning with world number one, Matthias CASSE (BEL) will start as favourite. However, despite the absence of defending champion Sagi MUKI (ISR), to whom Casse lost in the 2019 final in Tokyo, there is a long list of dangerous contenders. Casse lost out to number two seed and current world masters champion Tato GRIGALASHVILI (GEO) when they met in the final of the 2020 European championships in Prague. Though still chasing his first ever senior world championship medal, number three seed Frank DE WIT (NED) has also had the better of Casse on the two occasions they have gone head-to-head. 2018 world champion Saeid MOLLAEI (MGL) has the edge over Casse (although the less said about this particular series the better). Things look decidedly more rosy for Casse with regard to the match-ups with remaining seeds Sharofiddin BOLTABOEV (UZB) 1-1, three time world medallist Antoine VALLOIS-FORTIER (CAN) 1-1, Dominic RESSEL (GER) 4-3, and Ivaylo IVANOV (BUL) 5-1. It may perhaps be from the unseeded athletes that the threat will prove just as challenging, not least of all from 2018 world silver medallist FUJIWARA Sotaro (JPN). There is also 2017 world champion Alexander WIECZERZAK (GER) 1-2, Aslan LAPPINAGOV (RUS) 0-2, and current Olympic champion Khasan KHALMURZAEV (RUS) whom Casse has yet to face. Lining up too will be Anri EGUTIDZE (POR) 3-3, Luka MAISURADZE (GEO), LEE Sungho (KOR) and not to be left out team mate, Sami CHOUCHI (BEL). An entry list of 82 is truly a mountain to climb.

Over the past four years a succession of challengers have appeared, all seemingly well-prepared and stoically determined to overcome the champion. But in the -63kg category Clarisse AGBEGNENOU (FRA) reigns supreme. Chasing her fifth world title Agbegnenou at the end of each challenge can often be seen consoling, or being congratulated, by her vanquished opponents; the former wondering where it all went wrong, the latter respectful of the company in which they have recently been present.

There is no room here, nor is it necessary to recount the head-to-head records of the challengers; if Agbegnenou has faced them, then Agbegnenou is ahead. Even against NABEKURA Nami (JPN), who has inflicted the only defeat of Agbegnenou in almost four years, Agbegnenou leads 3-1. Stranger things have happened than a champion being unexpectedly unseated. However, the likes of Andrea LESKI (SLO) 0-2, Martyna TRAJDOS (GER) 1-7 and Juul FRANSSEN (NED) 0-5 will know just how huge the task is that faces them. The thought of Agbegnenou suffering defeat at the hands of any athlete outside of the top seeds, without wishing to be disparaging, is unthinkable (perhaps, given Agbegnenou’s majestic status, even treason).