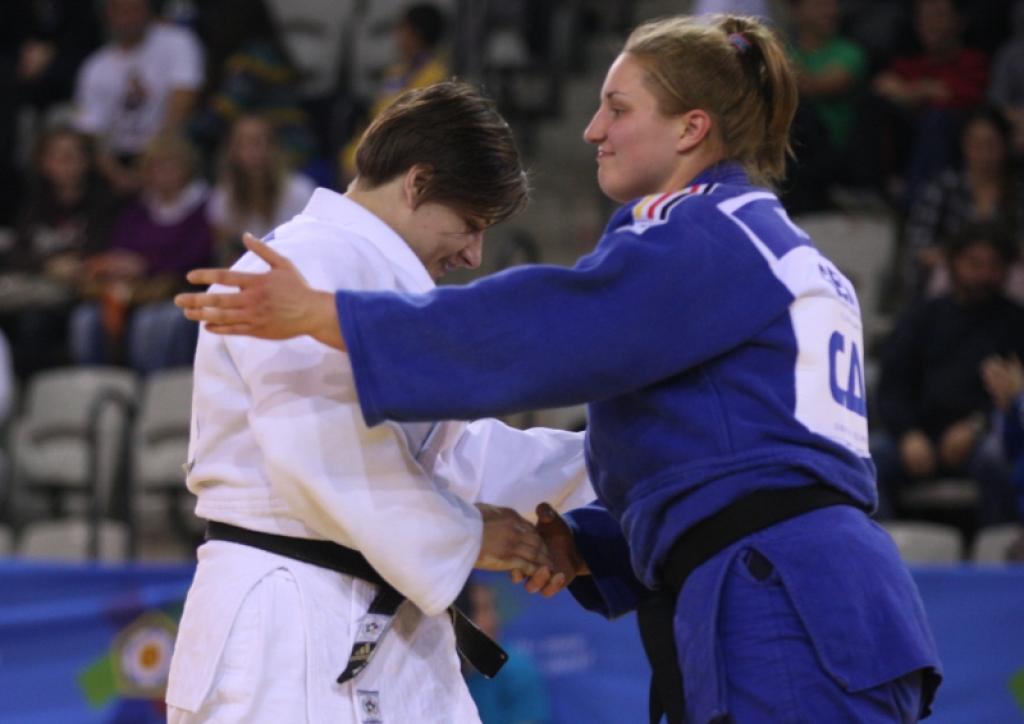 Larisa Ceric is by far the best ever woman for her nation Bosnia Herzegovina. This weekend she claimed the European title U23 in Prague. She was by far the strongest in her category +78kg and needed only 36 seconds against Carolina Weiss to beat her on the ground. After losing the final in her own country two years ago, this was a great moment for Ceric who celebrated the title with her coach. She is the first for her country Bosnia Herzegovina to take the U23 title. In 2009 she won the World Junior title and now senior medals are the target.

Ceric defeated the number five of the Olympic Games in London, Iryna Kindzerska in her first match of the day. That essential victory gave her the confidence of the remaining fights. Santa Pakenyte (LTU) was defeated as well as Maryna Slutskaya (BLR) in the semi final.
Weiss won three matches and opened against Jablonskyte (LTU). Anastasiya Sapsai was beaten in her second fight and in the semi final Janine Penders was defeated.

Aleksandra Babintseva needed just 41 seconds to surprise Maryna Slutskaya (BLR) in her match for the bronze medal. Slutskaya was the semi finalist but lost against Ceric. Babintseva lost the semi final against Penders but came back in the repechage against Sapsai (UKR).
The second bronze was for Germany’s Jasmin Kuelbs who defeated Guusje Steenhuis of the Netherlands, last year’s European Junior Champion.