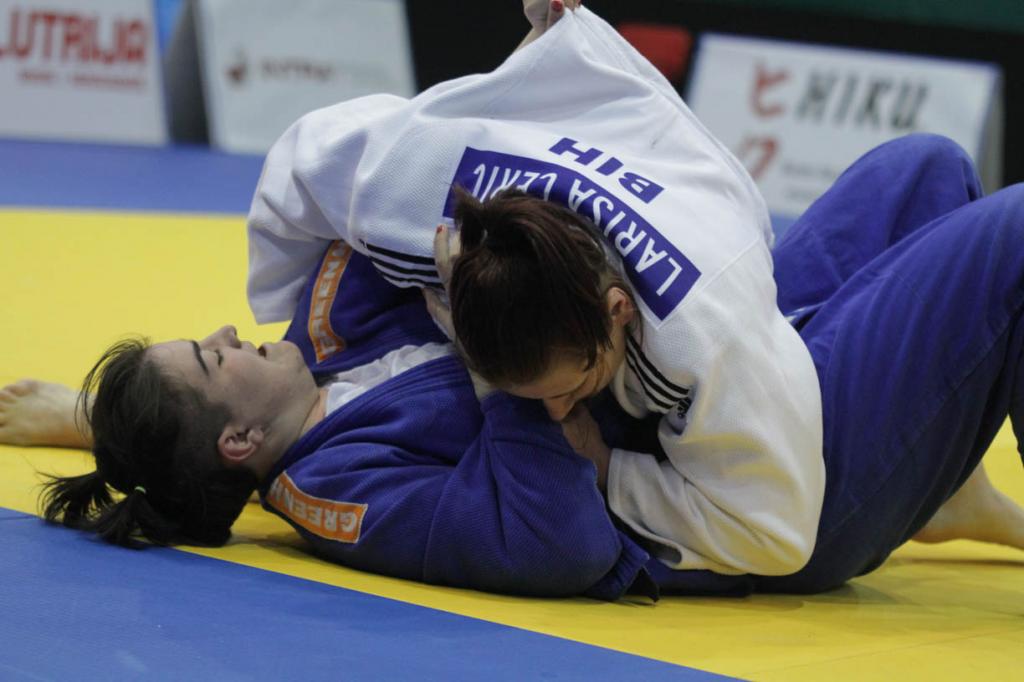 Current silver medalist from last European Championships in Montpellier, the 24-year-old judoka from Bosnia & Herzegovina made it again for the home crowd in Ilidza Sports hall. Larisa Cerić added her fifth gold and eight medal in total under her Sarajevo European Cup achievements. The tenth edition of European Cup in Sarajevo just couldn’t be better for her.

To make the day more cheerful for the home supporters, youngsters Aleksandra Samardzic and Harun Sadikovic won in their weight categories. Day earlier Mitar Mrdic was also on the top of the podium.

The biggest surprise today in Sarajevo was to see Lucija Polavder in U78kg category. The 2008 Beijing Olympic Games bronze medalist fought for the first time of her career in the category U78kg and took bronze medal at the European Cup in Sarajevo. The 30-year-old Slovenian judoka competes since 2000 in the category over 78kg and during that time she won one Olympic medal, one medal from the World Championships, two time she was European Champion and several time European medalist, uncountable number of medals from the IJF Tour and World Cups.

Watch all the photos in media gallery bellow.