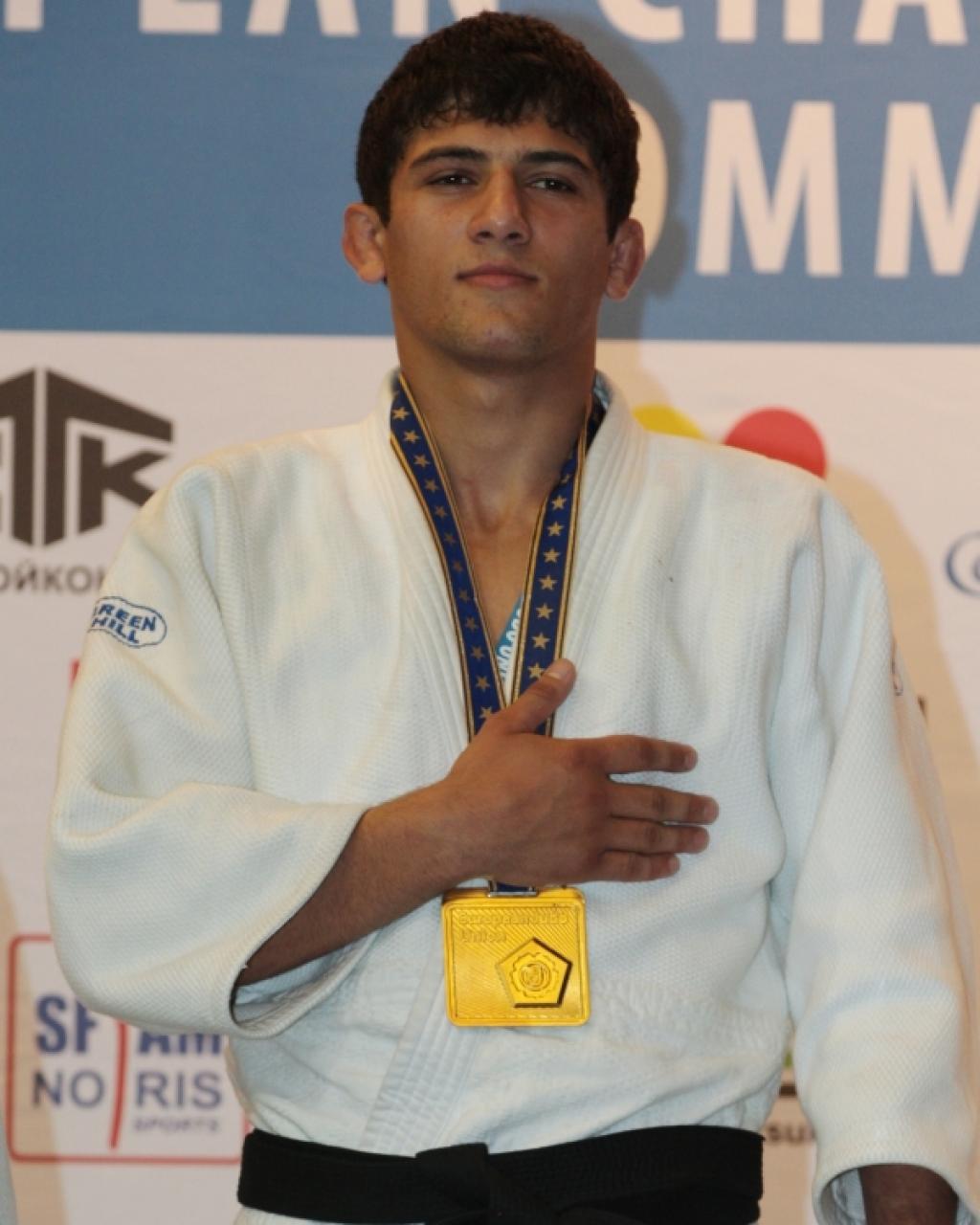 The European Junior final U66kg between Lasha Shavdatuashvili and Andraz Jereb showed positive judo. An interesting final with two fighter who want to attack with positive and attractive judo. Jereb is skilled and wants to go the ground to benefit of his expertise.
Jereb who won a silver medal last year at the European U23 Championships had a tough time with Shavdatuashvili who scored by o-uchi-gari one minute before the end and could control the match from that moment. Jereb was penalized twice and two yuko advance was too much for the Slovenian. Jereb wasn’t too happy to loose his second European final.
The 16th European gold medal ever for Georgia in this age category (or U21), the first won by legend Giorgi Vazagashvili. Shavdatuashvili fought a tactical match coached by George Gugava himself European Junior Champion in 1995. His personal coach is 1988 Olympic bronze medallist Giorgi Tenadze.

Varlam Liparteliani was the most successful Georgian in the juniors by taking two European junior titles.

Ukrainian U20 Champion Anton Chetveryk took the bronze medal after defeating Franjo Zadro (BIH) in a tough and long fight. Zadro’s younger brother Petar Zadro can shake his brother’s hand as he was fifth at the European U17 Championships in June.
Chetveryk decided the match in the golden score.

Italian Enrico Parlati defeated Tal Flicker of Israel 11 seconds before the end by Morote Seoi Nage scoring wazari. He won his second bronze medal, the same medal as last year in Samokov. In 2009 he won silver at the European U20 Championships in Yerevan.

Enjoy the photos in our media gallery:
https://www.eju.net/results/?mode=showResult&id=653