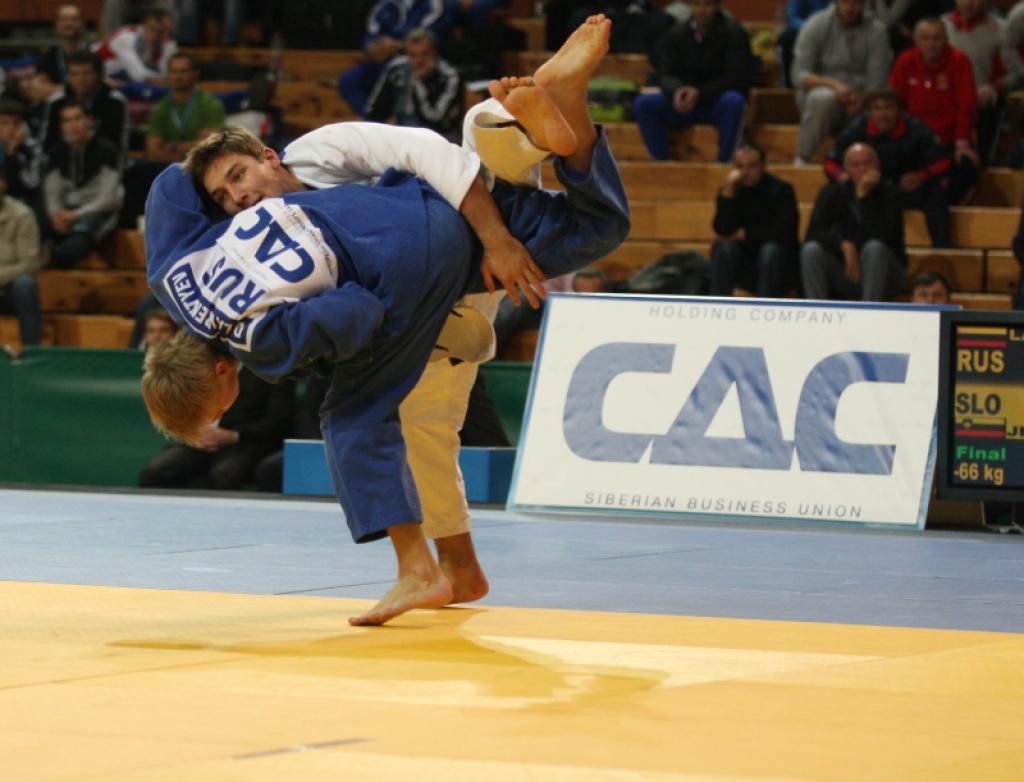 Denis Lavrentiev won the first ever Gold medal for Russian in this category U66kg. Russia had never won this category, while in all other categories Russia had won European gold since the start of this event in 2003.

In his final against 18-year old Slovenian Andraz Jereb he faced severe competition. Jereb wanted to be the successor of Rok Draksic who took the gold for his country last year in this weight category. Although Lavrentiev was penalized in the match, he scored an ippon halfway the match. It was the last chance for the 22-year old Russian who already scores medals at World Cups. This year he won the World Cup in Minsk.

Victor Scvortov (MDA) won bronze against Jasper Lefevere (BEL). It was the second ever medal for Moldova U23 years. The previous medalist was Marcel Trudov who won gold in 2005, also in this division.

Poland won a second medal, by Tomasz Kowalski. He was European Champion in 2008 but last year he was replaced by Pawel Zagrodnik who won silver. He won bronze in 2007. Injuries have dogged Kowalski’s progress but this despite several setbacks he has won the Kano Cup in Tokyo and come close to winning a senior European championships finishing as runner-up in 2009 (Tbilisi) to the experienced Miklos Ungvari (HUN). Poland however have not missed out on success during Kowalski’s injury breaks.
This edition Kowalski won bronze again, so four back to back medals for Poland in this category!