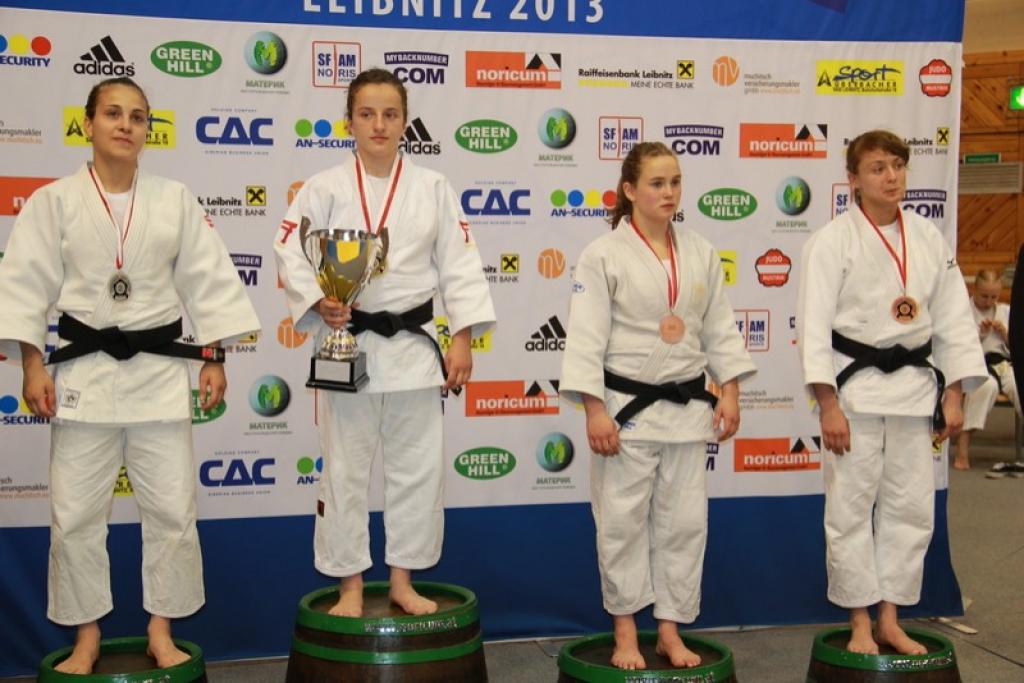 At the second day of the European Cup for Juniors in Leibnitz Russia has taken the final lead in the medal tally. The Russian young men were good for three gold medals this weekend. Serbia won another gold medal additional to the two gold medals of Saturday.

Super heavyweight Anton Krivobokov (RUS) won his seventh European Cup and is now ranked second in the all time list behind Magomed Nazhmudinov who won nine European Cup events ever. Krivobokov was better than Vito Dragic (SLO) and two other opponents. In total in Leibnitz 409 athletes appeared.

In the women’s division it was the day of the lightweights. Julijana Savic completed the Serbian party by taking a gold medal, the sixth of this season for Serbia, an absolute record. Savic defeated Maria Lebedeva of Russia. Marusa Stangar (SLO) who was so strong in the cadets this season won a comfortable bronze medal. Priscilla Morand (SUI) won bronze too.

The fourth Russian gold medal was for Irina Dolgova, actually scored in the early afternoon session., her first victory of this season for the Russian Champion. Today she was able to overcome Andreja Leski (SLO) U48kg. Mara Kraft won a bronze medal for the organiser Austria, less than any other year, but the Austrian have been successful to launch new juniors in the senior category last two years.

Distria Krasniqi (IJF) is another promising judoka from Kosova who defeated Odette Giuffrida, the number five of the  Senior European Championships of April. Krasniqi won bronze U52kg at the European U23 Championships last year where Majlinda Kelmendi won the European title. Kelmendi is not World Ranking leader and Krasniqi is expected to breakthrough soon as well. Talking about promises: Polish Karolina Pienkowska and Belgian Evi Vermandere won bronze.

A French final U57kg between Amelie Guihur and Laury Posvite. Those too know eachother so well and this time it was Guihur who won the confrontation. She is the French Champion and both judoka were runners-up at the European Junior Championships last year. Guihur U52kg, Posvite U57kg. Anastasia Konkina and Floortje Stoop grabbed a bronze medal today in Leibnitz.

The Austrian city was the tenth event this year of the 14 in total, after a small break the city of Paks in Hungary is the next stop, for sure followed by lots of medal for the Hungarian talents, that had to be satisfied with one gold medal this weekend.