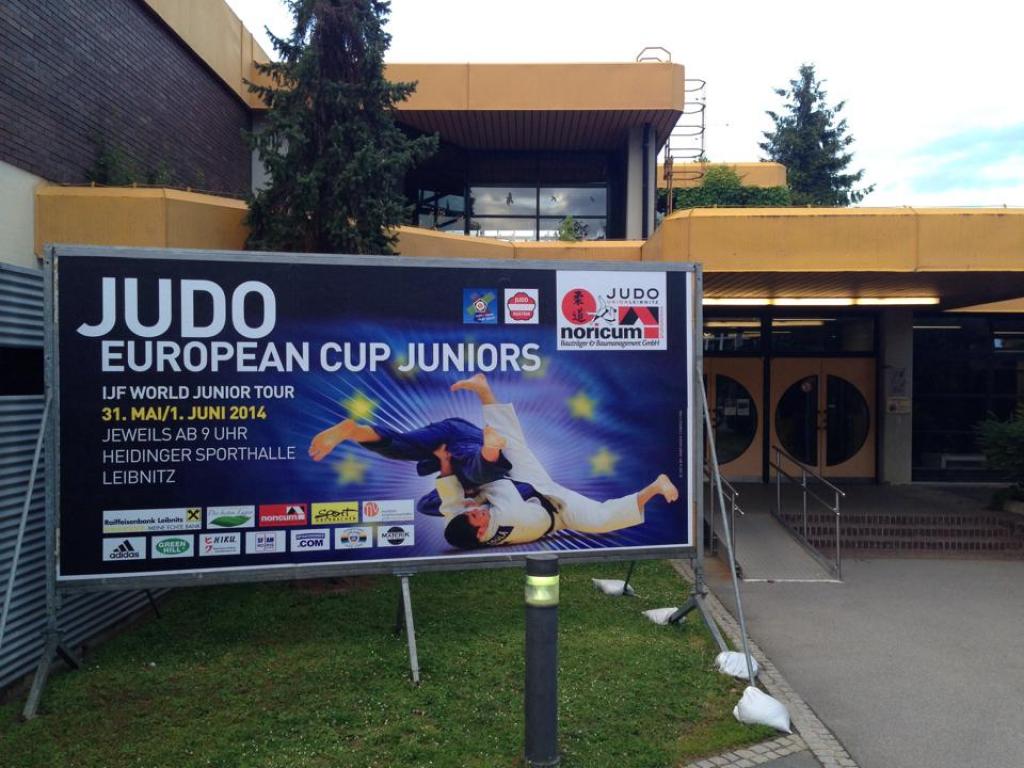 For the seventh time Leibnitz is the host of the European Cup for Juniors.
We expect a very strong completion as 690 Judoka from 37 nations are signed in.
Even big Judo-Nations like Japan, Brazil, Russia, Azerbaijan and France will take part in this World Ranking Event.

It will therefore be a challenge for the young Austrian team, consisting of 27 men and 18 women to win medals. Two of the last year´s Junior World Champions will fight in Leibnitz as well: -55 kg Vincent Manquest of France and -44 kg, Anastasia Pavlenkov from the Russian team, and with Alexandra Pop of Romania, Jessica Perreira and Sibille Faccholli of Brazil three further medal winners will compete in Leibnitz. But the Austrians hope that Magdalena Krssakova, who won the European Cup Seniors in London in the category -63 kg and the Bronze-Medallist of the last year´s Cadettes-World-Championships Marko Bubanja or Laurin Böhler, who was 7th at European Open in Oberwart this year can reach the Medal podium.

The interesting category can be of women -70 kg, where Sophia Swain, daughter of EJU-Expert Mark Swain wants to follow the steps of her father.
The event will be prolonged with the Training Camp.