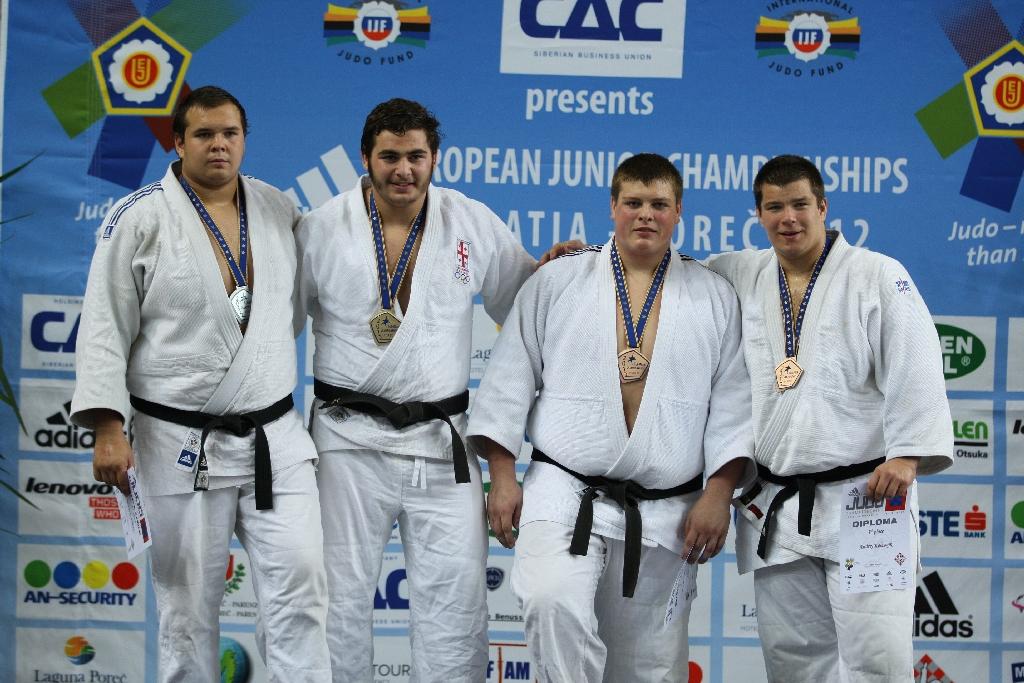 Georgia, Russia and the Ukraine dominated the heavyweight category in the men’s division at the European Junior Championships. In Porec it was Levani Matiashvili of Georgia to win the title.
In a tight match against Andriy Dibrin both men didn’t gave anything away in the first three minutes. But in the last minute the Georgian scored an ippon to take the gold.
Levani Matiashvili is georgia’s golden boy after this compatriots couldn’t win four finals but in the last fight of the tournament he polished all performances in the right direction. Suddenly Georgia made quite a good tournament with the same number of finals as Russia, but the Russians impressed with finishing the job. They didn’t lose any final.

Russian Anton Krivobokov won the bronze medal. In his last fight he defeated his compatriot Petr Kakovkin. Krivobokov won bronze at the World Championships for Juniors last year in South Africa. Today he won three matches but lost against Ukrainian Dybrin.
The second bronze went to Andriy Kolesnik of the Ukraine. He beat Rostomi Khakhaleishvili (GEO) with four yuko scores, although both men picked up two warnings.

Medal tally
In the medal tally Russia came back strong on the last day winning two gold medals three titles in total in the men’s division. The Russian women won two gold medals. Not a single final was lost.
France collected seven medals in total and six of them in the women’s division. A same sort of situation for Germany winning six medals, two gold and five medals for the women.
Belgium couldn’t finish the marvelous performance today with its third gold medal but is a proud nation ranked fourth of all countries.