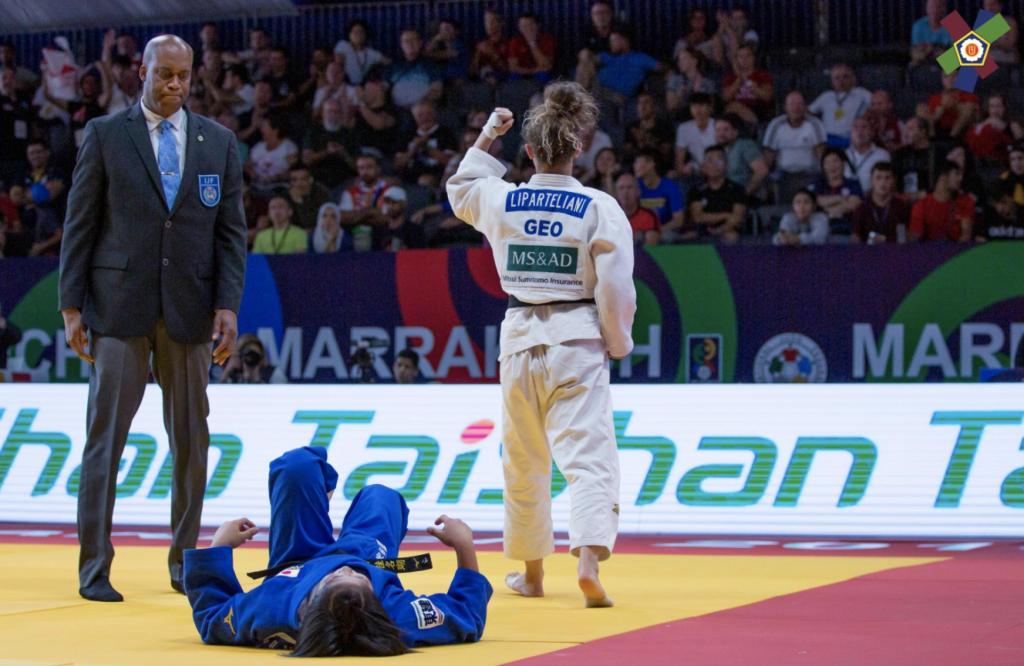 Not only did this years Junior European Champions in the -57kg, -63kg and -73kg categories medal on the second day of the Junior World Championships, but the women became gold medallists in Marrakech, doubling up on their impressive titles.

Eteri LIPARTELIANI (GEO) was the first to do this in the final block today, putting on an impressive display in the final against the Japanese athlete, HAKAMATA Kanako. Though it took a couple of exchanges for the Georgian to acquire her preferred grips, the final contest was over within the first minute, using her seemingly inescapable technique.

From my childhood when I was a kid, I really liked this throw very much, but this is a very difficult throw to execute but at the end I managed to learn it finally, I have been practicing it a lot, year in, year out and once/at last I finally learned it. After that, I was able to execute this more often. 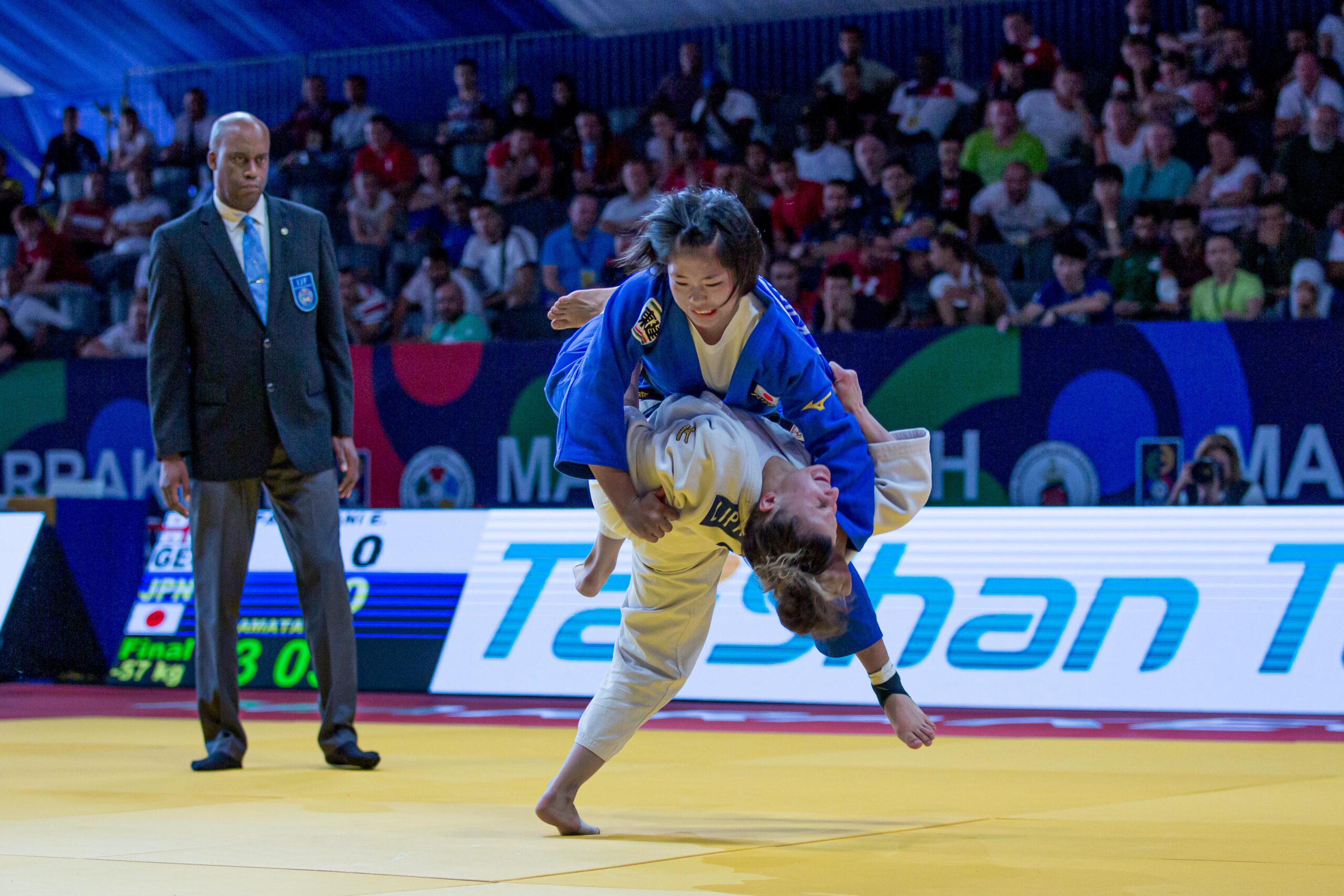 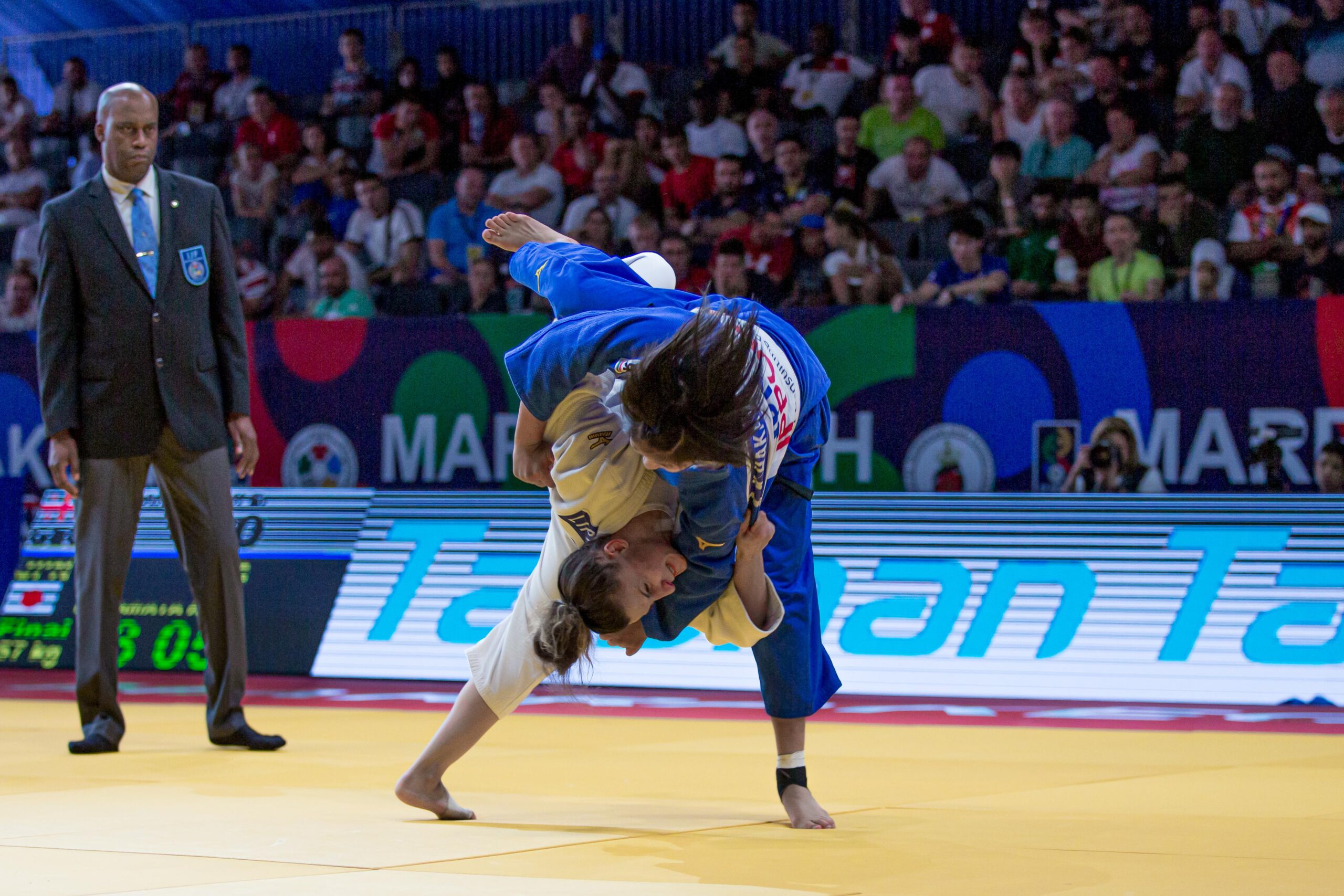 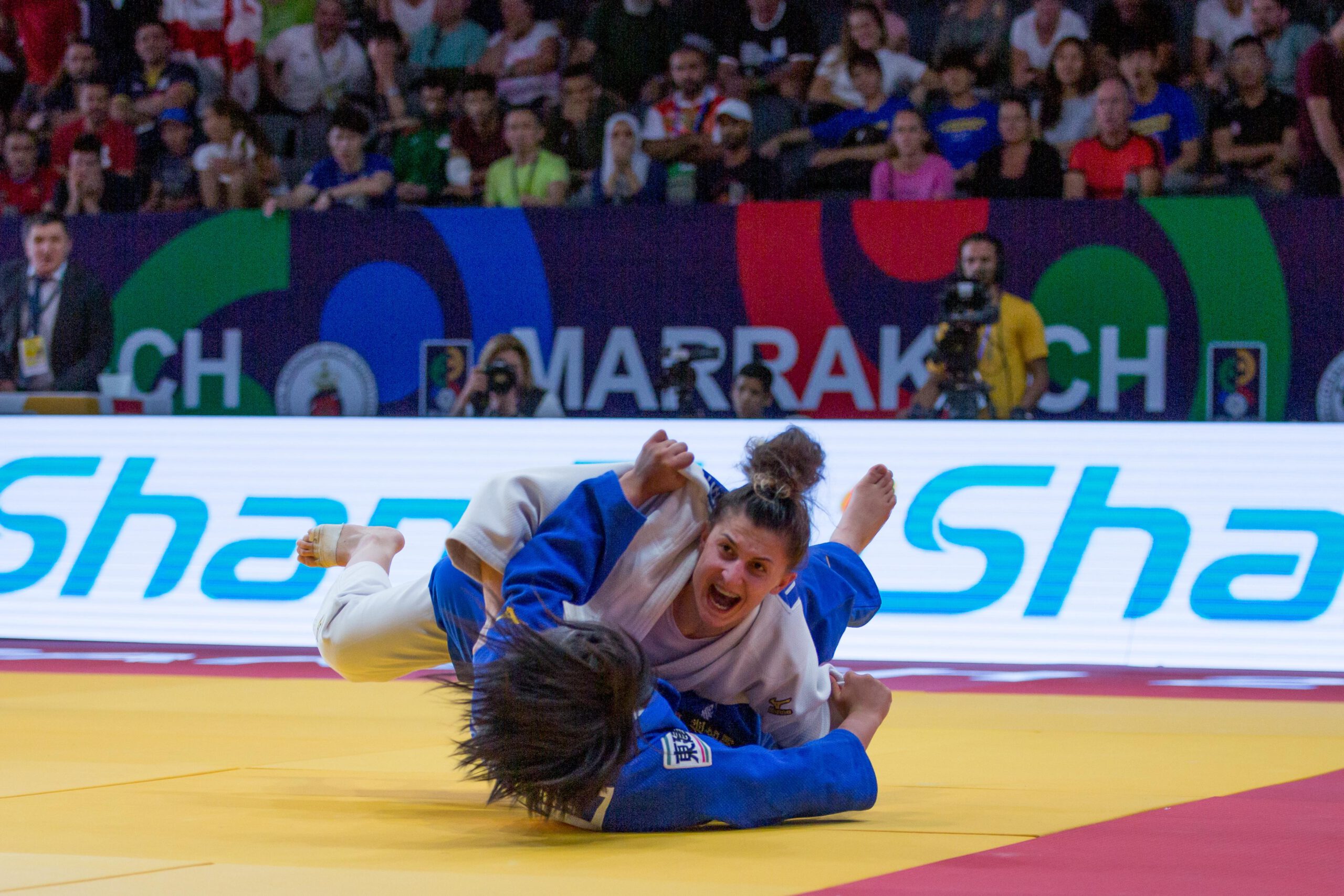 Many will see this as a typical Georgian style movement, and with their rich history in traditional wrestling, it has been manipulated to suit their style of judo and has been seen on the IJF tour for generations. Specifically they name it after Shota KHABARELI, the 1980 Moscow Olympic Champion, though traditionally the grip is over the back.

LIPARTELIANI only ceded one score and one penalty throughout the day, the semi final against HUH Mimi (KOR) had the potential to stop her in her tracks but the quick wake up call made LIPARTELIANI all the more determined to take the gold today. Winning all of her contests by ippon, it was clear to see why she was leaving the tournament today as the new Junior World Champion, excited to compete in the mixed teams event on Sunday.

OZBAS Szofi (HUN) kept the trend running for the European Champions by taking a wonderful gold medal against Anja OBRADOVIC (SRB). OZBAS quickly took control of the contest, her opponent unable to perform to her full potential and picking up two shidos, then came the gold medal waza ari score from the Hungarian. Though she had beaten her in the Junior Europeans as well, she was still almost unable to believe it, OZBAS walked off the tatami with her face in hands to an overjoyed coach and supportive crowd.

Aside from the final contest, only one other contender really pushed the new Junior World Champion to her max, Dena POHL (GER). This hard slog went the full four minutes with OZBAS only able to put a waza ari on the board as well as ceding two threatening penalties, however, the score was all that mattered in the end which put her through to the semi final round.

Although Victor STERPU (MDA) would have liked to join the women in their double title feat, the Moldovan still managed an exceptional performance and proudly took his place on the podium to accept his bronze medal.

The loss was in the quarter final round to the eventual silver medallist, Georgii ELBAKIEV (RUS). Prior to this, his preliminary contests had been straightforward for him, securing an ippon score in less than one minute. Along with the quarter final, his repechage against the Mongolian, OYUNCHIMEG Shinebayar was a struggle, and although STERPU secured a waza ari during the four minutes, he also picked up two penalties, his opponent able to play a very smart and tactical contest.

The bronze came after a flurry of techniques from both STERPU and Samuel GASSNER (AUT), with both athletes trying to out-strength the other, however it did not work out in GASSNER’s favour and the Junior European Champion managed to tie up his opponent on the ground and win in ne waza. 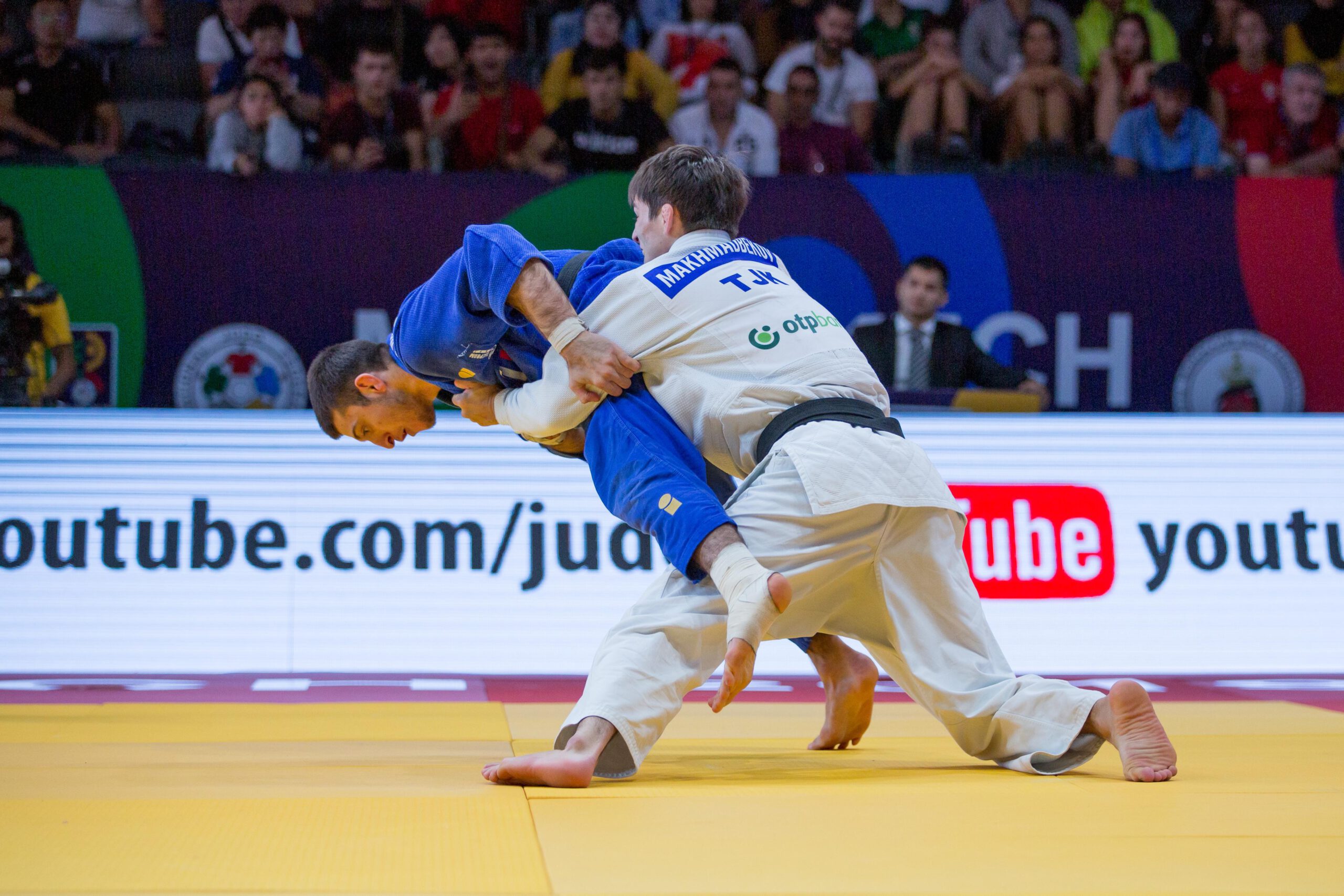 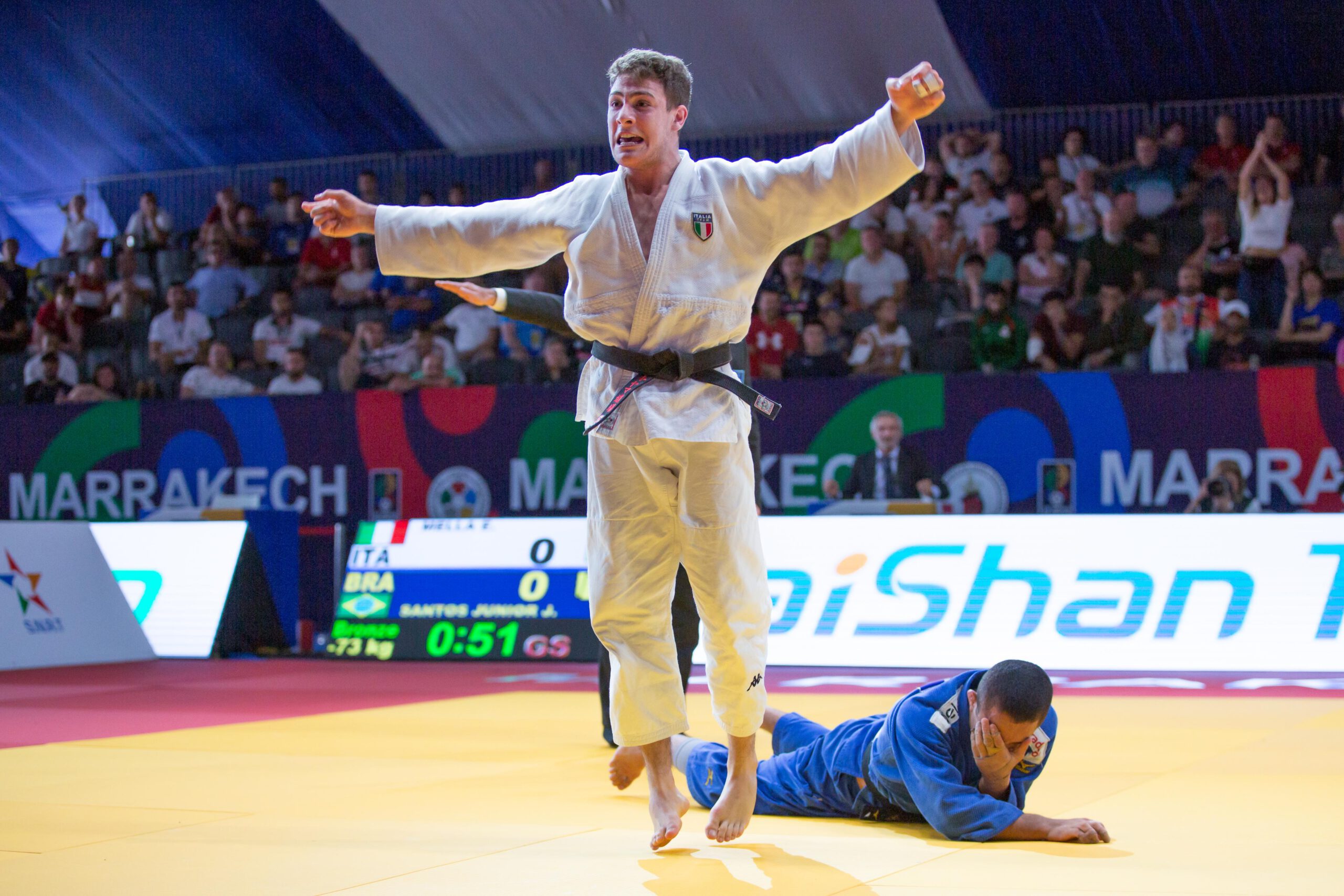 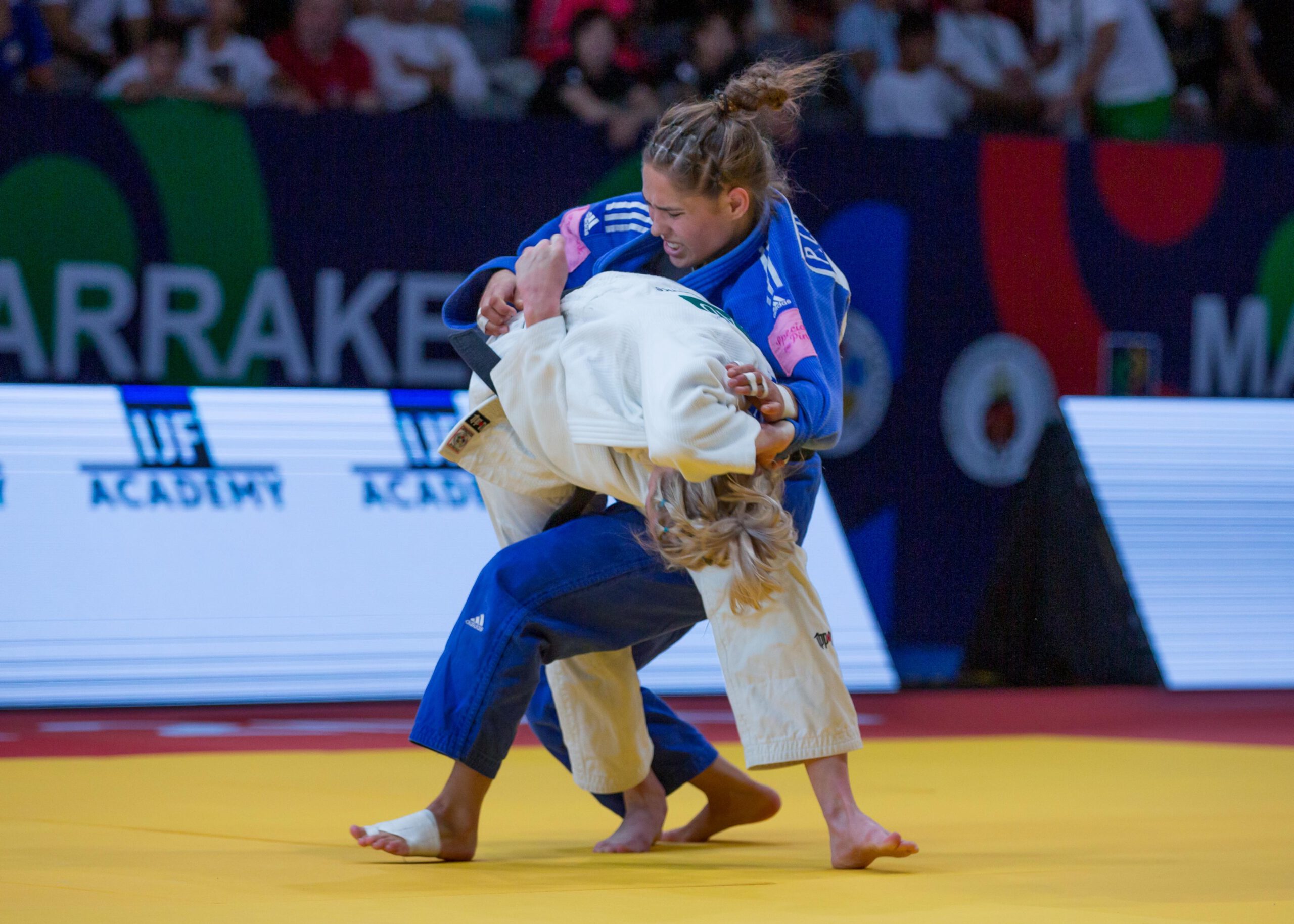 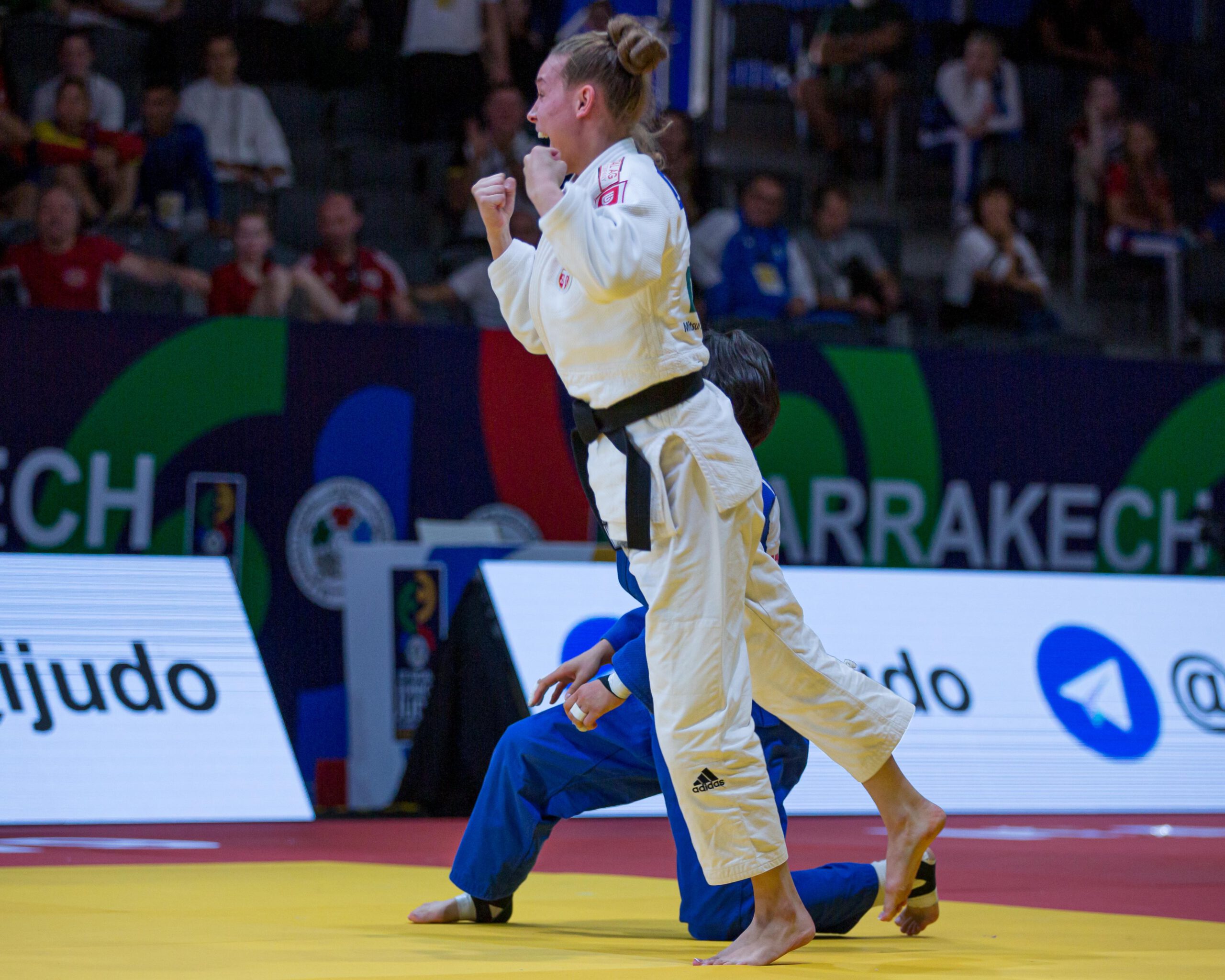 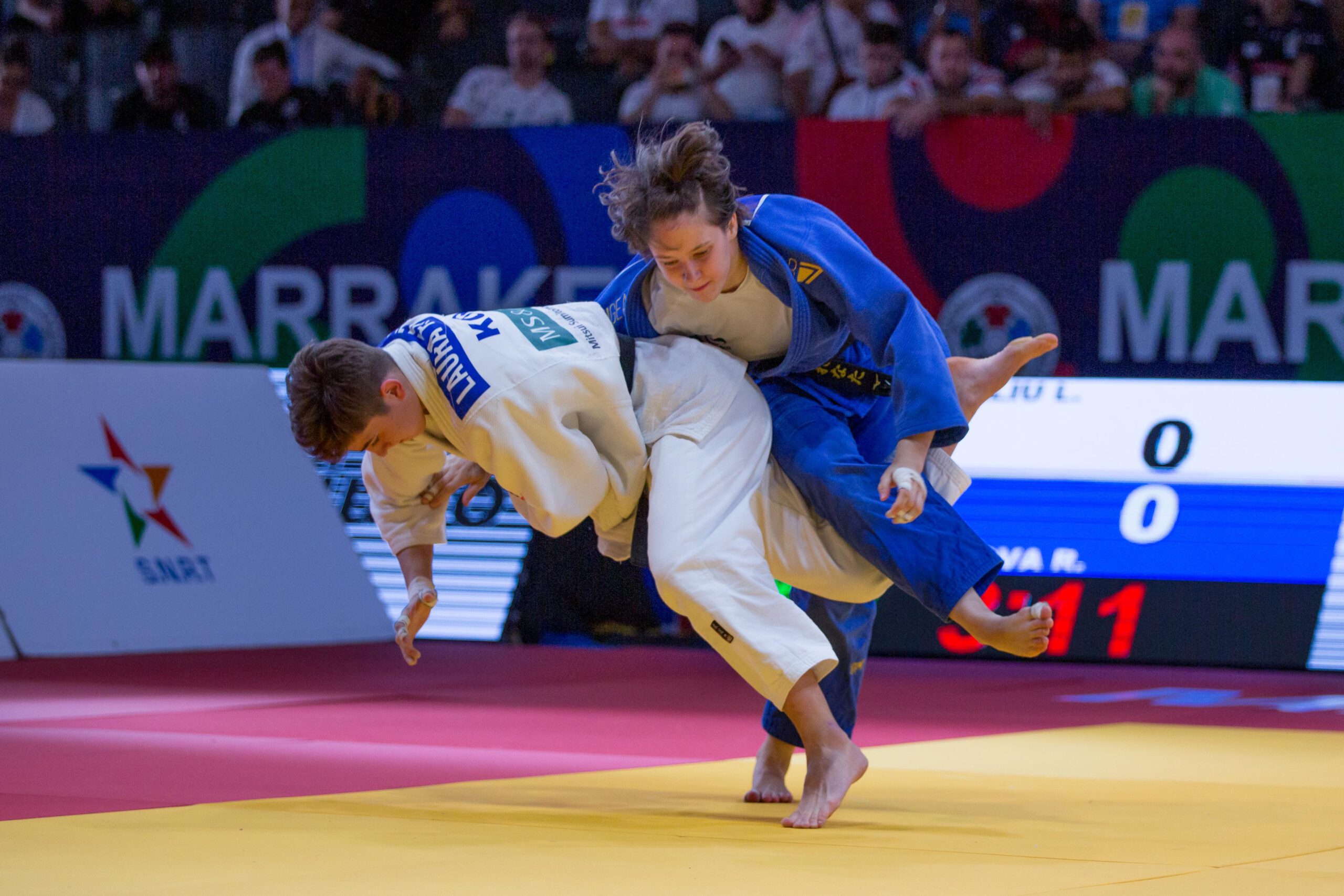 As mentioned, ELBAKIEV still had an outstanding day for the Russian team and took his place in the final. Although he was unable to defeat his opponent Somo MAKHMADBEKOV (TJK), his performance was beyond impressive at this level. The other medallist in the -73kg category was Edoardo MELLA (ITA) who secured a bronze medal after a battering final block contest. It became clear that the Italian could not leave without the medal and secured it against the Brazilian to find his place on the podium.

Europe continued with success in the women’s categories as well, a bronze medal went to Pleuni CORNELISSE (NED) in the -57kg category and in the -63kg category, aside from the gold medallist, OBRADOVIC took the silver and a great win for Laura FAZLIU earned a bronze medal for Kosovo. 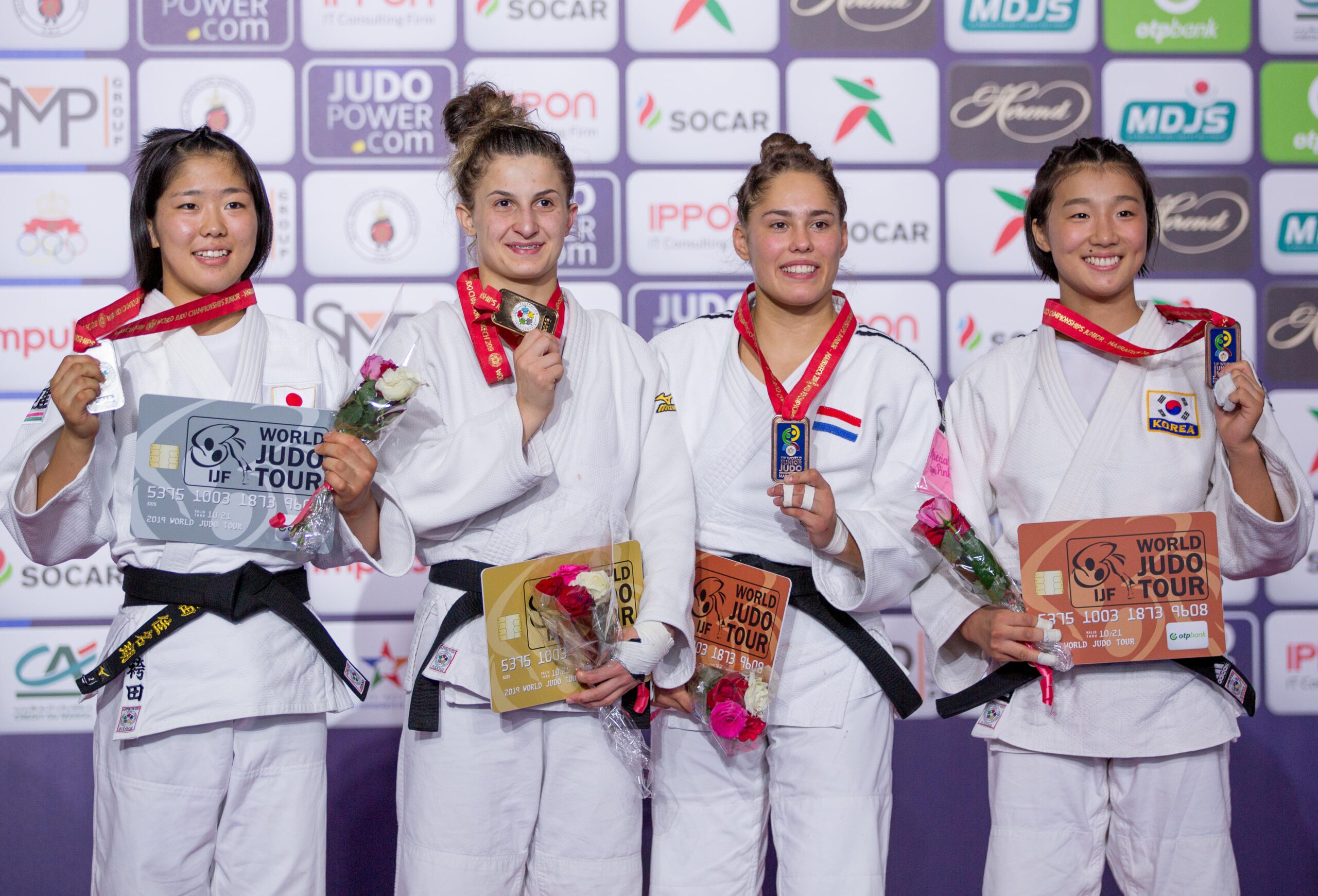 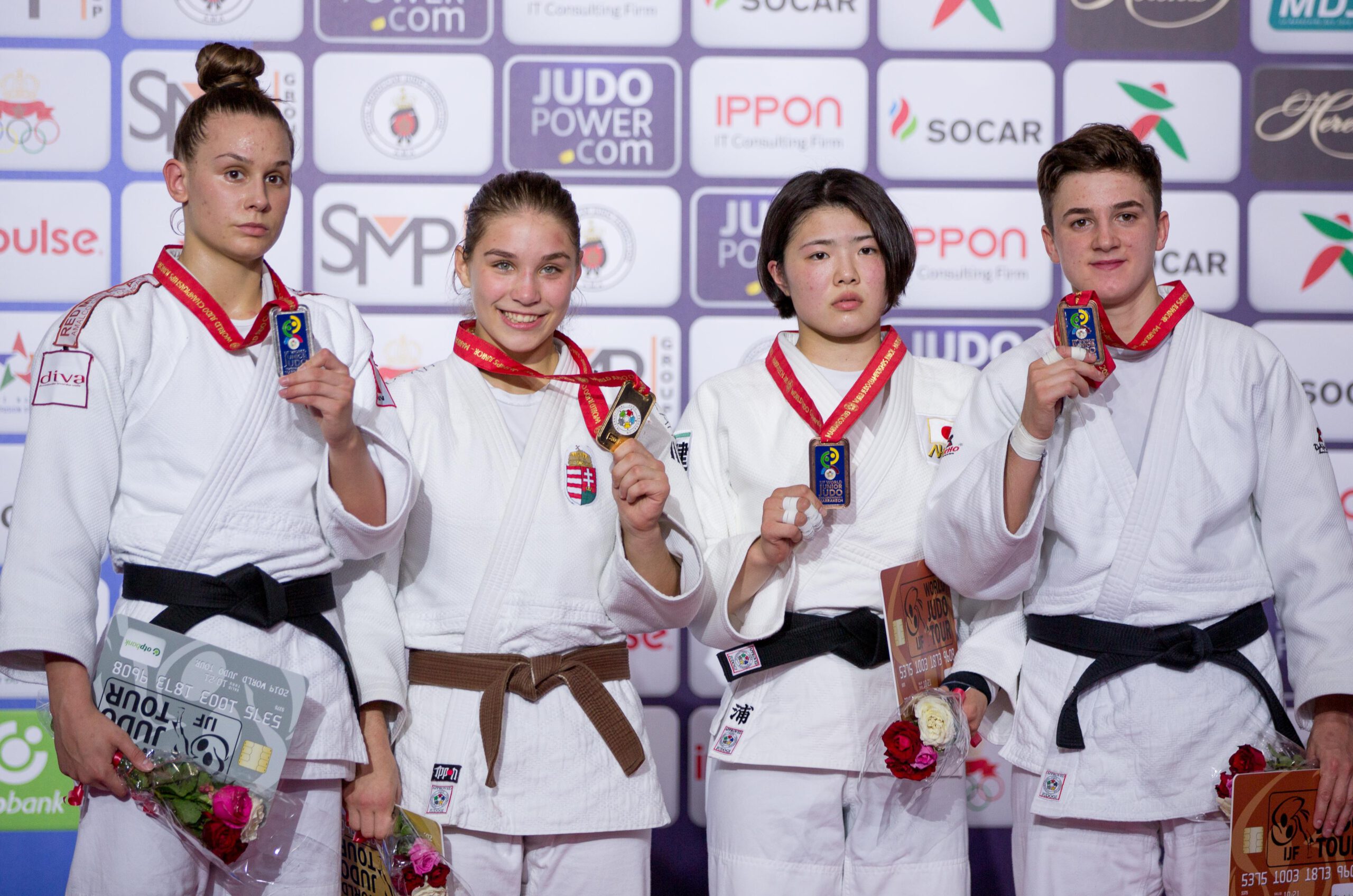 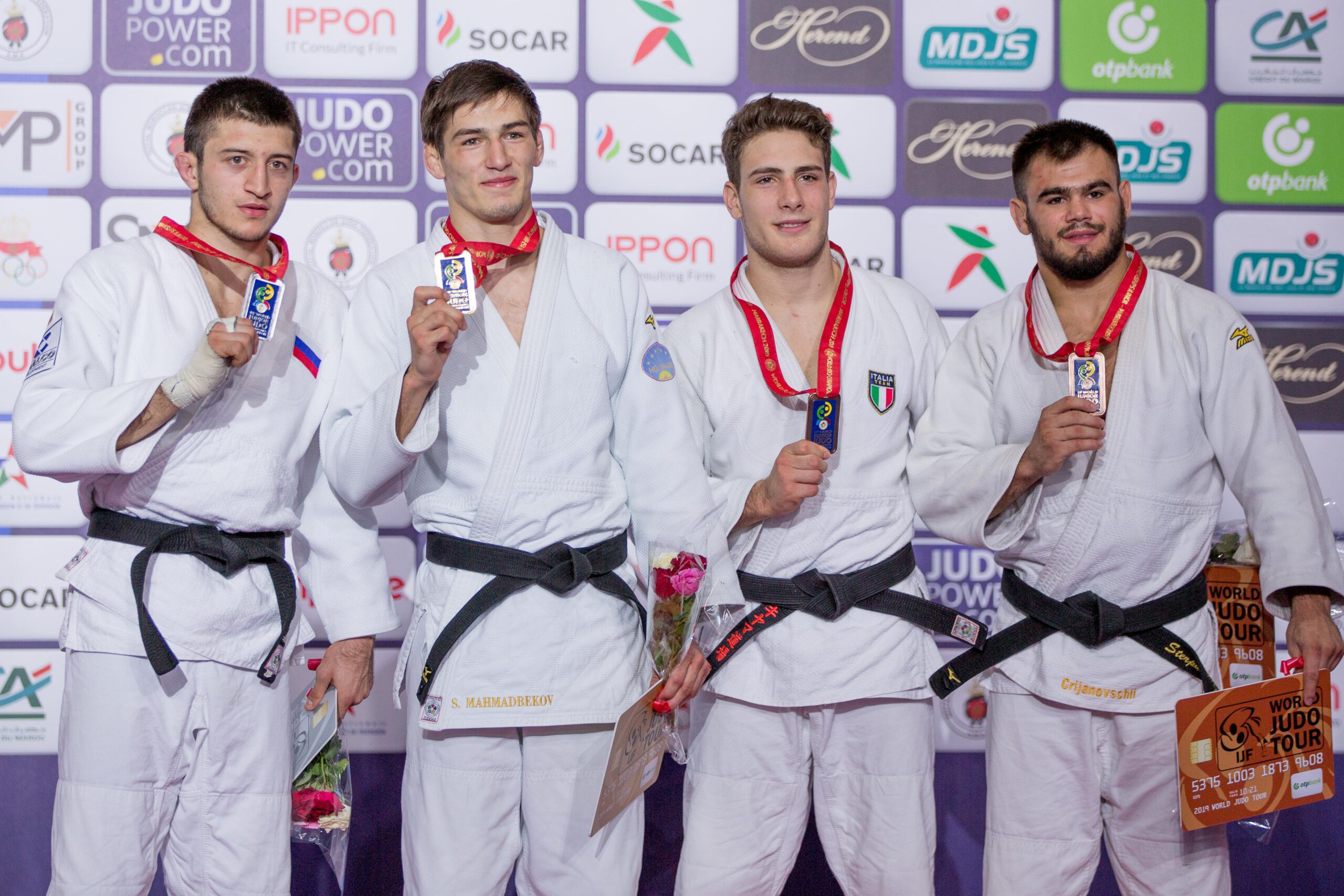