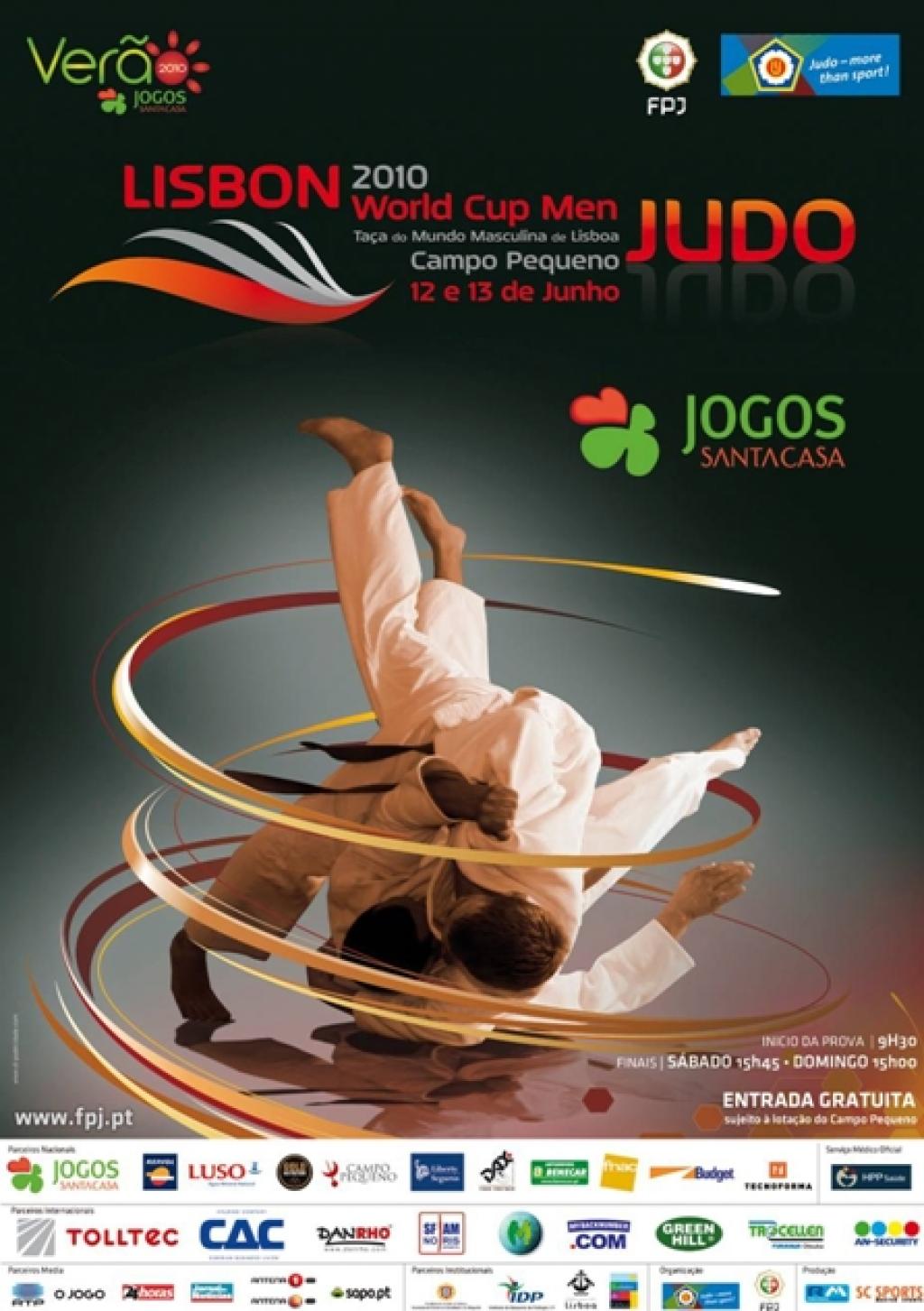 This weekend the World Cup in Lisbon and Tallinn will take place. The women will travel to Estonia, the men to Portugal.
In Lisbon judofans will have free access to the Campo Pequeno Lisboa to see the best male athletes of Europe. The hall has a capacity of 7,000 spectators.
At this moment 43 countries will participate with more than 230 athletes, led by 25 referees.
The last time that the men competed in Lisbon at a World Cup was in April 2006 when the current Olympic Champion Min-Ho Choi (KOR) won the U60kg category. Joao Cardoso took the bronze medal for Portugal. The host country won five medals in 2006 with a gold medal for Joao Neto and bronze for Joao Pina, the current European Champion.
So far Portugal didn’t win a gold medal at the 2010 World Cups, Grand Slams or Grand Prix. But Pina’s gold medal tasted sweet. The men won two bronze medals by Joao Pina (U73 in Düsseldorf) and André Alves (U73 in Prague).
Quite some legendary winners. Not only Choi (U60), but was well Won-Hee Lee (KOR), the former World- and Olympic Champion U73kg and 2008 Olympic Champion Irakli Tsirekidze (GEO). And 2007 World Champion Luciano Correa to name a few of the great winners of the last edition in Lisbon.
Check out the draw on Friday and watch the live coverage from Lisbon and Tallinn this weekend.