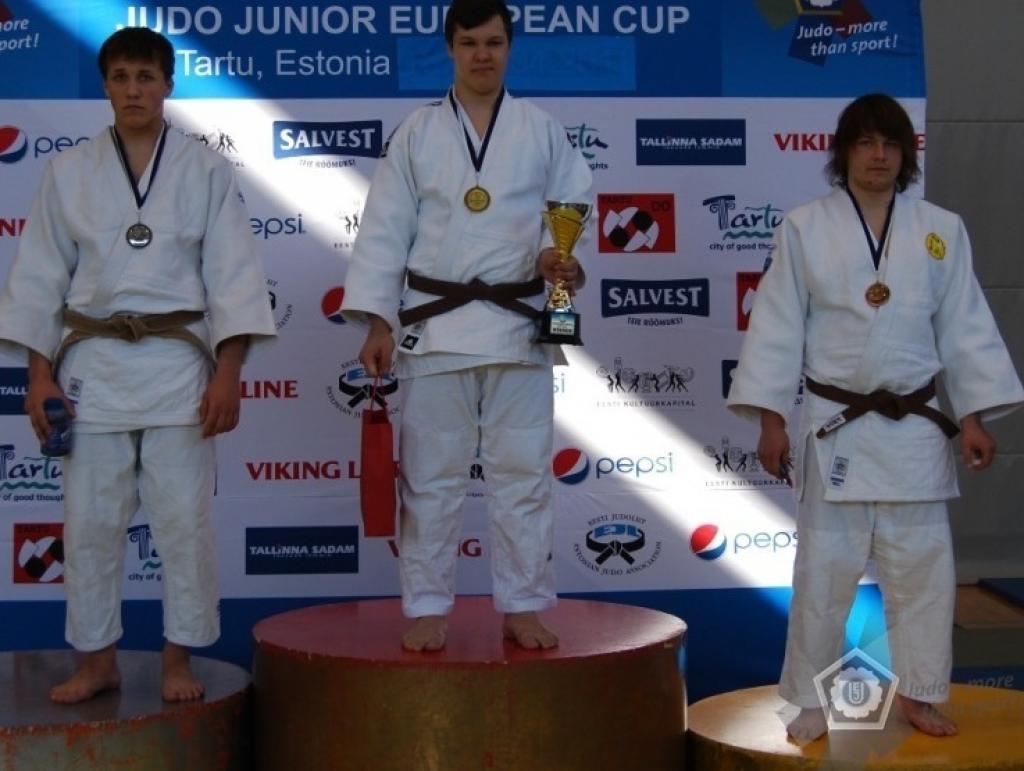 The team of Lithuania collected three gold medals at the European Cup for juniors in Tartu, in Estonia on Sunday’s competition. Zilvinas Lekavicius won the category U90kg. It is his first European Cup victory after winning silver last year in Kaunas and his tempting results in the cadets age at European and EYOF championships. Lekavicius defeated 16-year old David Tekic of Germany who won his first Junior medal in this tour this year. He won bronze last year at the World Cadet Championships (U81kg) and is a promissing talent.

Another gold medal for Lithuania by Augustinas Seniauskas +100kg. He could defeat Hennrich Sildveer of the hosting nation Estonia in the final. Latvia won the two bronze medals. A great success also in the women’s category U70kg where Renalda Gedutyte could prolong her last year’s title here in Tartu. Last year the team of Lithuania also picked up three gold medals. Sabina Raka (LAT) won a silver medal.

The participants came most over from the Northern countries. Two gold medals for Denmark are unique in this Junior Tour.

Watch all photos and review the results here:
https://www.eju.net/results/?mode=showResult&id=1125