Live the life of a champion, the spirit of the Veteran Championships 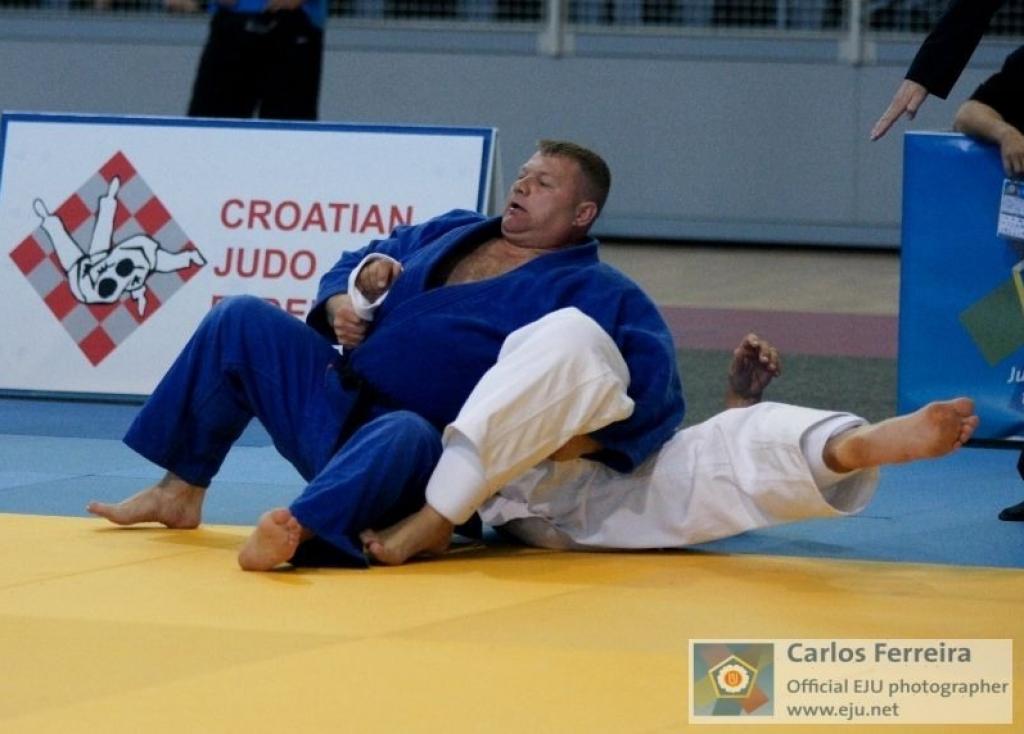 In the veterans category 40-44 years M3/F3 Italy collected three gold medals today. Nonetheless Russia added another 7 gold medals overall today in the M3/M4 category between 40-49 years. It makes a total of 25 gold medals for the Russian, but Italy takes a good second position with 7 gold medals in total. Touristic place Porec (CRO) is close to the Italian border and is easy to reach for Italian athletes and fans. Unfortunately for the host country the home crowd couldn’t cheer a gold medal yet. Croatia lost three finals so far.

Italian Salvatore Palillo enjoyed the gold U66kg (M3) today defeating well known Andrey Shturbabin, a former World Cup winner and winner of bronze at the Tournoi de Paris in 2001 and fifth at the 2001 World Championships. Shturbabin nonetheless won silver.
Fernando Marverti (ITA) won gold U81kg (M3), finally gold for him. In his senior time he won three bronze medals at Italian Championships.
Chiara Magini (ITA) won the third Italian gold today in her final against Jadranka Pongrac of host nation Croatia. Despite Pongrac’ enormous experience (three Croatian national titles and more than 15 national medals in total) she was defeated by Magini. Again a prove of the strong and fanatic competition in this championship.
Dutch Hendrik Koppe prolonged his title in the men’s heavyweight category. Koppe is the current world champion and one of the exponents of Master Championships. Maybe not the best in his country during his senior period, but full of passion, a strong mind and body and living the life of a champion for 48 years, like many others in Porec.

Review all results via the banner at our homepage.