"I love fighting at home, it gives my parents, family and coaches back home the chance to come and watch, it’s great to fight in front of them." 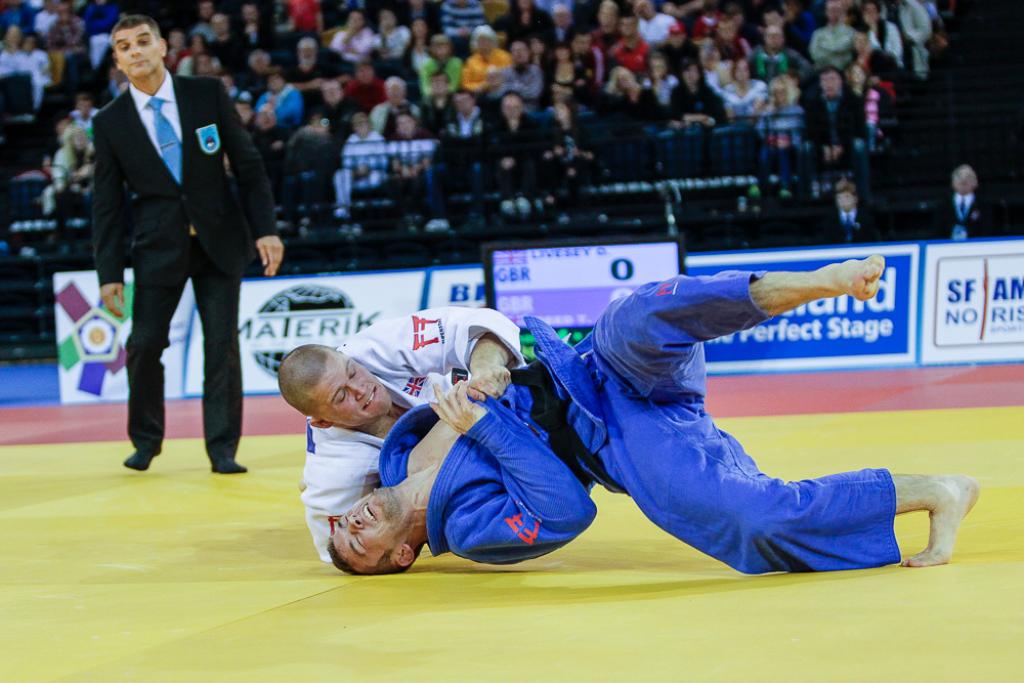 Britain’s Owen Livesey topped the podium in a strong -81kg category at the Glasgow European Judo Open today (10 October). France topped the medal table with a total of five medals including two golds. Hosts Great Britain took eight medals with the home crowd enjoying the exciting judo on show at the Emirates Arena. The Emirate’s Arena played host to 139 competitors from 36 nations with the strongest showings coming from France, the Netherlands and Great Britain.

There was a happy return to Glasgow for Commonwealth Games champion Owen Livesey (GBR). Livesey started the day in the second round with a contest against Gadiel MIRANDA (PUR). In a battle that went the full distance, Livesey was the eventual winner, a yuko score up on his opponent. The scoreboard showed the exact same score in Livesey’s second contest, this time defeating Asaf CHEN (ISR). This victory put Livesey in the semi-finals where he faced compatriot, Stuart McWatt. Defeating the younger player, a final match up was set between Livesey and Tom Reed (GBR). The pair have faced each other in finals at the Commonwealth Games, 2015 British Open and today, where again Livesey came out on top and took the gold medal. Speaking on his performance today Livesey said: “It’s been a long day but a good day. I wanted to come here and get the 100 points and I did that so I’m happy.

“It’s the fifth final I’ve faced Tom in a final and it’s getting closer every time. Today I managed to catch him, but Tom is a good fighter and I’m sure I’ll meet him in a final again.

“I love fighting at home, it gives my parents, family and coaches back home the chance to come and watch, it’s great to fight in front of them.”

In the same category, junior Scottish player Stuart McWatt (GBR) put on a show for his home crowd taking the bronze medal and defeating players with greater ranking and experience.